Since my birthday (2 days ago) I’ve started doing 2 new things:

First, I started writing in a “5 Year Journal”. It has 365 pages. Each pages is separated into fifths. One fifth for each year. This way, you can see what you wrote the previous year(s) on your next go around. This is the first way I’ve added additional life documentation. This journal idea (and the journal) was given to me by Sally (who will come up later).

Second, I started taking a short video each day. At the end of this year of my life (my 25th birthday) I will compile all of these videos, trimmed down to one second each, into a single ~7 minute video. This idea, of course, is also not entirely original. There is a video that went viral a while back of a girl doing this same thing. It is called “This is What Madeline Did”. I was thinking of calling it “My 24th Year”. If you are just having a relaxing evening, the video that link goes to is not bad. I consider it to be worth a watch. Depending on where you buy the watch, that’s probably between five and fifty dollars. This is the second way I’ve added additional life documentation.

When I have kids they are going to get to see all about who their dad was when he was younger. This is actually true of everyone since the advent of social networking. Think about that for a while.

I am now 99.99966% sure I am going to California. This makes my certainty 6 Sigma qualified. I have purchased the tickets and have spoken with my Californian contact, THE Sally Hanson (remember that name). She is being quite the generous host and offering to show me Los Angeles and the surrounding area. A specific itinerary have yet to be formulated. I’m sure you’ll hear more about the plans as the come together.

I’m moving out of this place sooner than expected; namely tomorrow.

Also - this just came in the mail: 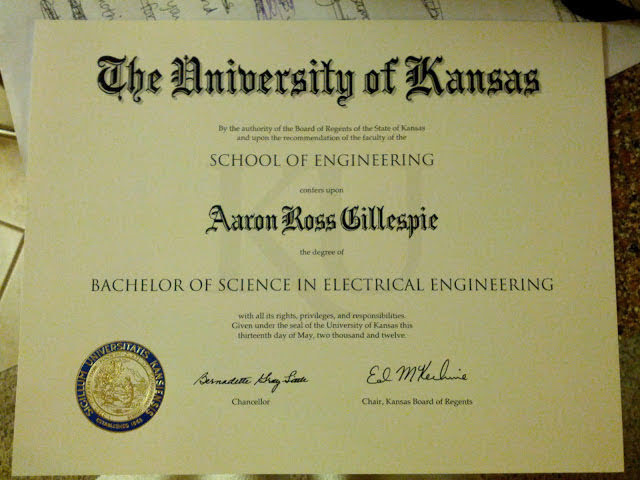