Motto: I need to lift more.

This post is being written almost entirely to share a video I just made. You can find this video down below, in the Top 5.

Some pretext to the video: I worked from my place today. It’s the snowpocalypse outside and I had computer work I could do all day, so I decided it was appropriate. At 9pm I realized I hadn’t left my place all day. I looked outside and saw a big bank of fresh snow and knew what I had to do.

Before the Top 5, though, I have two things to talk about.

KU beat Iowa State in overtime. I watched this with my three buddies I often watch games with. It was maybe the second best comeback I’ve ever seen (nothing will ever top 2008’s National Championship game). There were some questionable and some downright wrong calls… but those can go either way - and I’ll take a win, regardless.

Microsoft started putting out negative ads against Gmail. They warn that Google is going through every word of your personal email, just looking for ways to exploit that personal information to bombard you with advertisements!

In actuality Google does check the content of your email for some possible keywords - but it’s not like they have a team of people reading your stuff. As it goes through, a machine looks for a pre-defined set of words. This goes on for a few reasons. First off, yes, it might help them deliver more relevant advertisements to you as a person; but it ALSO allows them to stop you from sending an email containing the phrase “I have attached” without an attachment. It is what allows Google Now on your phone to track the packages you get emailed about, or the status of flights or hotels you’re scheduled for. All of these things, even the targeted advertising, is good for the consumer - the person who chooses to use this free service they are offering.

Now, you still say, I CRY FOUL! NO! I CANNOT HAVE THIS! What MICROSOFT doesn’t tell you, though, is that Outlook.com (the solution they are offering to the Gmail “problem”) uses your searches from Bing in the exact same manner. So, really, pick your poison really.

Beyond all those details, the advertisements are really reaaally cheesy, annoying, and dumb. The fact that Microsoft has stooped so low as to run attack ads (something that, up until now, was limited to politicians - the lowliest of advertisers) speaks in volumes about the products they are putting out and how desperate they have become. You know who doesn’t need attack ads? Google. Apple. Anybody who’s actually put out an innovative product worth buying in the past 12 months.

Pack it in, Microsoft, it’s already over.

One more thing on targeted advertising - I have long said I’d rather have an advertisement that’s relevant to what I care about than one for tampons. There is no practical way to get around someone using your person information online to target ads to you. Facebook, for example, exists for this sole purpose. IF you are really concerned about privacy, do what I did - limit your personal information to one party. One source. One point of failure. No loose strings lying around. This could be Google, Facebook, Microsoft, or even Yahoo - just please… don’t do Yahoo.

Other than that, this column is and was entirely about the video below. It’s 1 minute and 52 seconds long. Is it worth 2 minutes of your day? God I hope so.

Next Day Lunchtime Edit: Forgot a picture - so here’s a clipping from the below video - 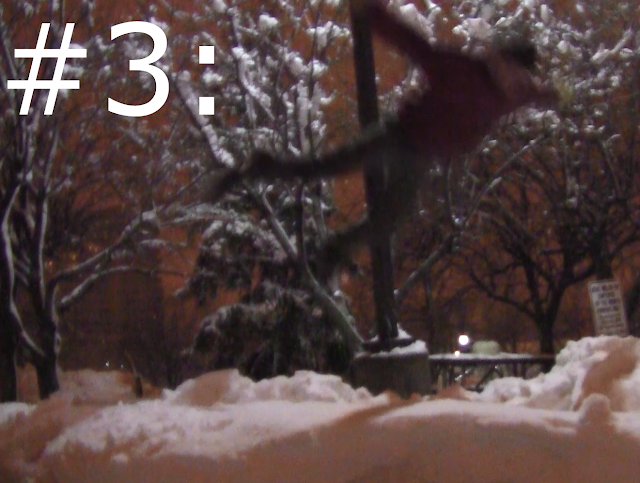 (editor’s note from the future: this video was lost to time)

“AAAAAAAAAAA! OH MY GAAWWWWAAAAA!” AJ, Danielle, Priya, and I after Elijah Johnson hit the super-long three pointer as the shot clock expired in overtime