This weekend was Nick’s bachelor party.

When I say “bachelor party”, what immediately comes to mind?

None of that stuff happened. Which I’m glad for. I’m much more comfortable not doing all that stuff. We went on a 42 mile float trip down the Current river. It was a ton of fun. It was very relaxing. Very not relaxing. Very cold. Very hot. It was a great weekend, and I need to do things like it more often. Both in terms of the content of the trip and the being with people who went on it.

Originally, I was going to compile a highlight video.

Instead I’ll submit to you this picture of (almost) everyone who went. 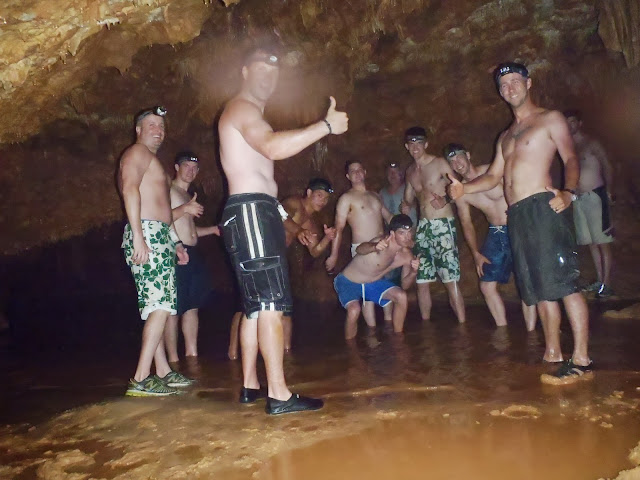 I just now noticed there are between 4 and 5 people giving thumbs up in this picture, even though we couldn’t see each other doing it (it was absolutely pitch black in there when we were taking this photo).

“RAIN DROPS KEEP FALLING ON MY HEAD” Nick sang this at max volume for ~30 minutes while we paddled down the river in the rain. This is basically the only line of the song he knew.