Motto: Take Me Out to of the Ballgame

I’m writing this post in lieu of going out to play laser tag.

I know what you’re thinking, “Aaron, that’s not very ‘Yes Man’ of you.” Alternatively “why would anyone skip out on laser tag ever?!” And both thoughts are equally valid.

On the way there AJ said it was a bunch of guys who used to play basketball in college. I didn’t know this fact when I signed on board. When I walked into the gymnasium and saw our competition, I wanted to leave immediately. They were big. They were fast. They were naturals.

We played our first game and managed to squeak out a win by one.

Then we played the guys who won the game I saw when I first walked in. I had a bit of a sinking feeling walking onto the court, but then I won the tip against a guy I thought was going to out-jump me for sure. Then our team made something like 6 three-pointers in a row. And we never really looked back. We end up beating the scariest team by 11 or 13.

The last team was more like us. 6 older, slower dudes. Long story short, we beat them again to win the whole tournament and a t-shirt. 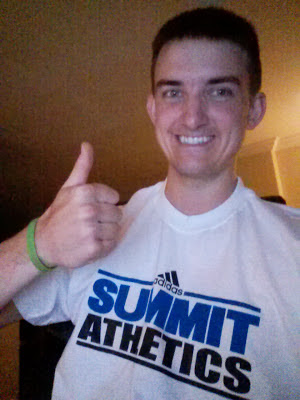 I wish this said “Champion” or “This guy won something” or “Basketball person” I only scored 4 or 6 points per game, but I didn’t think I played that bad. Usually with that score I would go home with a foul taste in my mouth, but I am also not used to being the worst player on the floor. That was the case at several points during the tournament. My job was to defend, rebound, and that was most of what I did.

But anyway, I’m very tired now. Which is why I’m passing up laser tag.

One random thing before I go into the Royal’s games thing - I played in a trivia night with 3 different groups of great friends. It was really strange having people that I know so well and like so much meet each other. Sort of a preview of the wedding, I guess.

Over the span of 2 weeks I watched 3 Royal’s games. Here are pictures from those times: 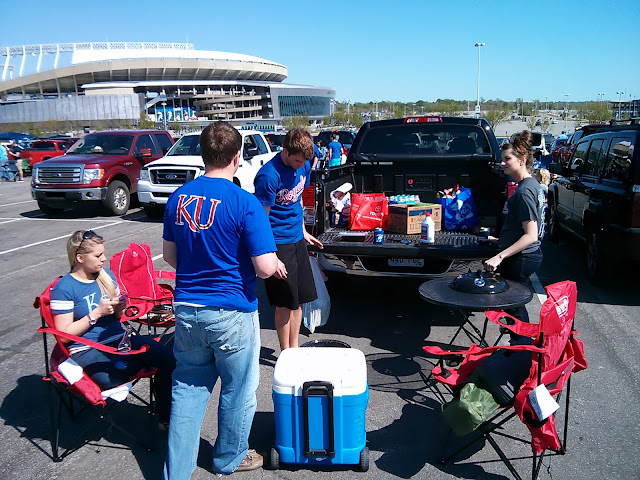 Tailgating from the first game with Nick, Leigh, Kyle, and Stephanie 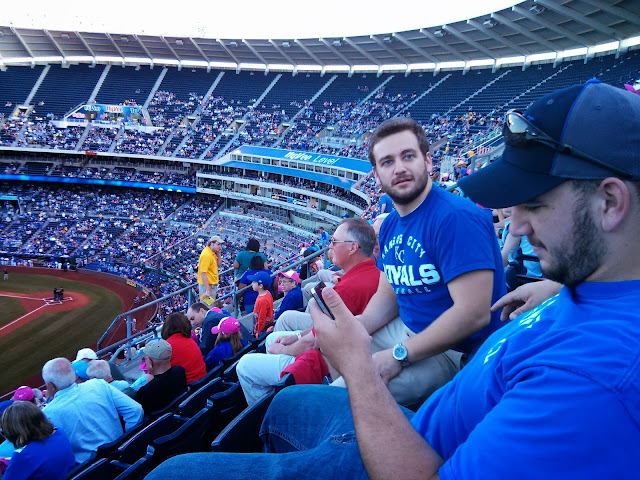 Game two with Joe and Jon

I don’t particularly like baseball, so I’m not sure how I ended up going to so many games in such a short amount of time. I mostly just wanted to post that last picture on here.

“Some people think they see St. Louis when they see my feet” Nick, talking about how impressive his arches are