Motto: Don’t be an Oxymoron

The entire body of this update between this sentence and the picture to go out on will be a poem I wrote today.

Yesterday I drove to the park. There I met a new old man and had this conversation. It started when I told him life seemed deathly hard - it’s simply too difficult. He said - “You should think a little bigger. You aren’t failing to succeed, you are working to success through failure. It’s alright to be all wrong; because once your fails pass, you’ll find what’s left is what’s right.” What he was saying sounded awfully good. “Let me tell you a true story - Originally, I just copied others. I had been a minority in a major way. Then I was stuck in the same quest to be different… and it was pretty ugly. My attempts were really fake. I felt like everyone hated me. I was even at odds with myself…” He paused to watch some kids play. He only stopped to continue. “Now then, the past is a present. The new days, they’re here. You’re forgetting to remember the victories. You need to remember to forget your defeats. They are old news - stop going there. Consider yourself fortunately unfortunate. You’ve had to push yourself to pull through. Don’t accept a decline in your life. Keep changing! You can’t fill a tall glass in short order. With effort, things will come easier. Once you get afoot, you will get ahead. Your failures will increasingly decrease; and as things come to pass, you’ll have found you never really lost.” As he started to finish, I thought about us. We sat there together, alone with our conversation. I looked dumbly at the wise man. What he said seemed quite possibly impossible. I mean, he was nice; but I was certainly uncertain of what he meant. I clearly misunderstood. Good grief.

When it comes to poetry: 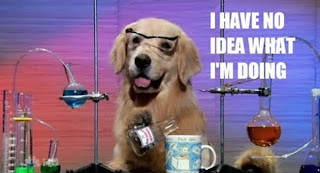 Top 5: Things I could have written about instead of posting that poem

“Most of the things you call ‘oxymorons’ in your poem are just antonyms” Melissa; truthfully, though, I had to tell her to say this so I could say she said it