Motto: My own personal Jarvis

I read a fascinating article this morning making predictions about Google’s upcoming developer conference: Google I/O. At this conference each year Google talks to its partners about what they can expect to see coming from Google for the coming year. Naturally, its an event I always pay close attention to. I would imagine 30 days from now, when I/O is officially over, I will be walking around lost in a sea of the eventual possibilities floating around in my head. Honestly, that is where I already am. You’ll see soon enough.

I scheduled a flight to see my girlfriend in Indiana in a month. She is the head hancho of music at a camp for populations of various disabilities. This is right up her alleyway and she’s awesome at what she does. They are lucky to have her… as am I.

It will be the first time I’ve flown by myself.

I’ll be living in Lawrence pretty soon. I think it will be good for me.

Well, the Top 5 is going to be huge, so I’ll end this with a picture of my EDC (thus completing my recent fascination with it/writing about it). 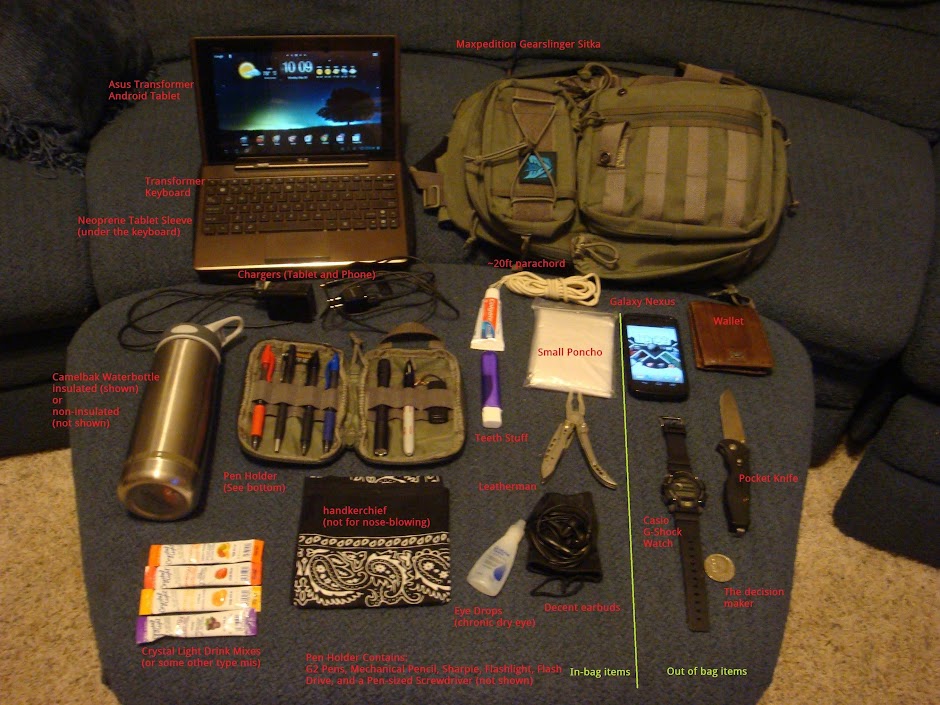 Top 5: Predictions for the direction of Google