Before I get started recapping my recent adventures, here’s something to think about:

Really, how are you doing right now? You okay? Not angry, at least. Not doing terrible by any means. Right?

Now stop and remember all those times in your life that somebody did something that just really made you mad. Think about all those days were you just woke up on the wrong side of the bed. Your day was bad and you just couldn’t get over it. Think about every time you’ve been so cold you never thought you’d warm up, or so hot you thought you were on fire and couldn’t ever cool off. All those times you’ve been so sick that you forgot what it was like to feel healthy.

Now, realize that all of that stuff is in the past. They don’t matter any more. They are not important. They came and they went and you are just fine.

Next time you are upset at something or someone, ask yourself if it is really worth it.

This weekend I went fishing with a bunch of guys I don’t see nearly often enough. I don’t fish very often. I’m not a good fisherman. I’m an okay photographer and a decent videographer, so I spent probably half the time doing that instead. I came back with 40.7 gigabytes in photos and videos. That’s 426 photos (mostly at 13MP) and over 5 hours of video (all at 1080p).

I caught a fish, which I’ve done before. I also cleaned the fish, which I had never done before. I was much more capable of handling it than I had anticipated. The hardest part was keeping the thing from sliding around. I almost lost down to the gorey hole (what we called the hole where you deposit the heads and guts) on multiple occasions.

The fish is in my freezer. I’m going to try my hand at cooking him tonight. What I’m more excited about, though, are the photos and videos I have from the trip. Melissa said she liked how I embedded the photosphere a 2 columns ago, so here’s my favorite photosphere from the trip:

If you look closely at the tree that stands by itself, you will see my GoPro hanging upside down from one of its lower limbs. That will come into play in a bit.

And here is the fishing highlight video I cut together last night:

Top 5: Photos from this Weekend 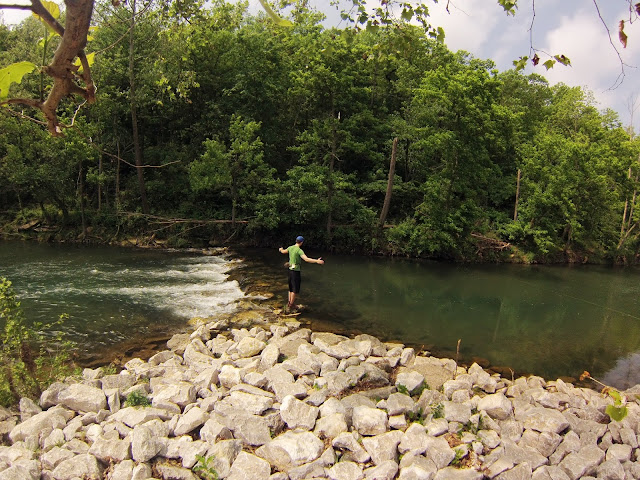 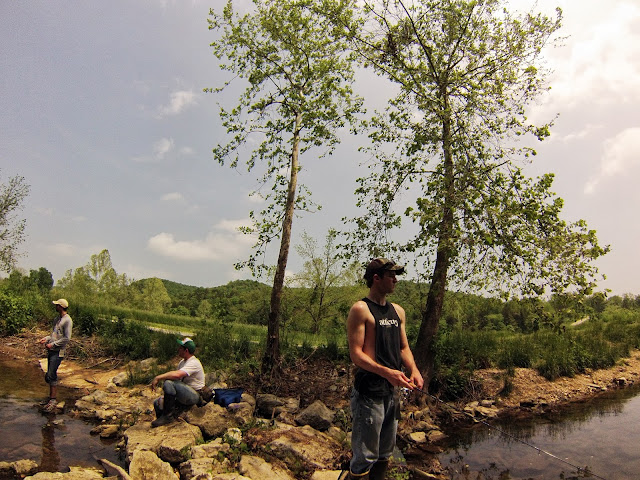 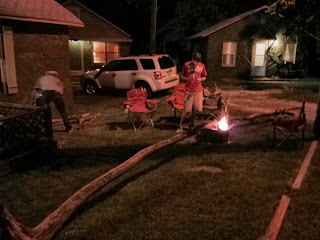 “You know when they have a fishing show on TV? They catch the fish and then let it go. They don’t want to eat the fish, they just want to make it late for something.” Mitch Hedberg