I stumbled across an animated GIF yesterday that I decided to save. You probably have already noticed it looping below this paragraph - it’s awesome. Anyway, I clicked “Save image” then navigated to my folder called “Funny (slash) good to post” and tried saving the image with the name “Overzealous”. Windows then asked me if I wanted to save over the existing file with that name. I didn’t know I already had an internet pictures saved with that name. I checked to see what it was…. it was the same image. I found it so long ago I forgot I had it. The interesting part to me was that I tried naming it literally the exact same thing as I had previously. It’s funny how the mind works.

YES HELLO THIS IS DOG You have to admit the little guy’s spirit. That image actually perfectly segways into the main thing I wanted to talk about tonight - how intelligence comes at the price of appreciation.

This all stems from an episode of “This American Life” I listened to today. They did a piece that was a sort of re-telling of the Garden of Eden from the bible. The excerpt in particular that stuck with me was this:

Sometimes when Adam would start to speak, Eve would get all hopeful that he was about to impart something important and smart, but he would only say stuff like, “Little things are really great, because you could put them in your hand as well as in your mouth.”

That, to me, was mind-blowing. The fact that we can hold small things and we can put them in our mouths is fantastic. It’s FANTASTIC! It’s also completely obvious. It’s the kind of thing that you realize when you are a toddler and it probably blows your mind for a day or two before you move on to bigger and better things. It falls by the wayside. It becomes “for granted”, as they say. I am reminded of an anecdote about a guy who loves stars. He would go outside at night and just stare at them with amazement. He loved them so much he decided to enroll in an astronomy night class to learn more about them. He found that the things he was learning, that stars are made of mostly hydrogen and helium and energy and things of that nature, those things were demystifying them. When he looked up at them, he had understanding - but not wonder. The story ends with him withdrawing from the class just to stare up at them for the rest of his life and be amazed.

You know who has really got it all figured out? Dogs. Especially stupid dogs. Dogs like food, toys, and companionship. Dogs don’t worry about licenses, taxes, money, errands, responsibilities, worries and other strictly human-made trifles. That same episode of “This American Life” told the story of a man who tried for five years to make a new cable channel. This channel would have no commercial breaks. No programs. No people. No talking. It would just have puppies. Puppies acting like puppies do. Puppies and some relaxing instrumental music. This guy never got the Puppy Channel (his name for it) off the ground because no major network players wanted to give something so new and drastically different a chance. I think the Puppy Channel is a great idea, though. It is simple. It’s universally appealing. It’s brilliant.

Try going to this website and not smiling. It’s not possible for anyone with a soul.

To Segway between that and my last point - here is a relevant XKCD:

XKCD #864 - Flying Cars Now, I’ve spoken very negatively about intellect and its effects on appreciation of the little things. What I haven’t said, though, was just what we get in return. We can develop a deeper, more fundamental appreciation of larger concepts. I can fathom a robust architectural wonder because I have such a solid grasp of all of the underlying little concepts that I’ve long since stopped appreciating. The trick is to never stop making forward progress. Never get comfortable with your level of knowledge in this world. There’s always something new to learn. Something new to appreciate. If I had to make some snappy slogan out of all of this I’d go with “Don’t stagnate, appreciate!” Randall Munroe (the guy who writes XKCD) is a great example of someone with education who hasn’t seemed to stop appreciating things. It’s one of the many many reasons he’s on my list of life heroes. 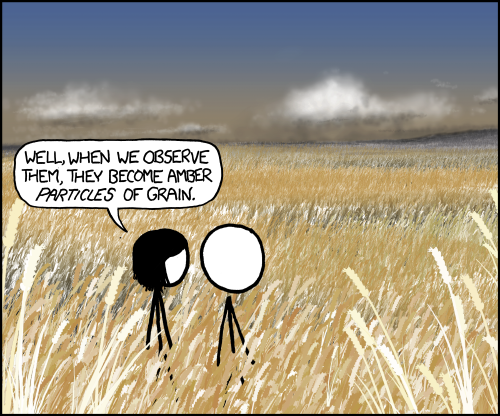 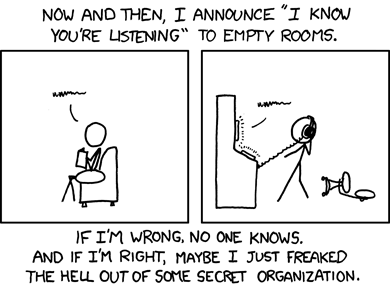 “Everything is amazing and nobody’s happy” Louis CK