That’s how long it’s been since I initially thought this:

The first 3 full days I was sick. At the time, I thought I was pretty much out of the woods. I’m here right now 3 full days later to tell you, I was wrong.

Friday night I acquired cheap tickets to the semi-final games of the Big-12 tournament. I attended them. Felt somewhat tired, but otherwise okay. Saturday I woke up feeling worse… but it was my newphew’s 4th birthday and I had already missed out on the official party, so I decided I really needed to go home and see the family.

That ended up being probably a mistake. Don’t get me wrong, I did get to see them and I am happy about it; but I spent most of the time asleep. I think I may have even fevered up again at one point. I didn’t measure.

I’m getting a doctor’s appointment ASAP. This “24 or 48 hour bug” has turned into a week-long affair.

I should be playing basketball with AJ and Nick right now. I hate being sick.

KU beat KSU in the Big 12 Tournament Championship. We share the regular season championship with them, despite having beaten them 3 times and lost to them 0 times this year. 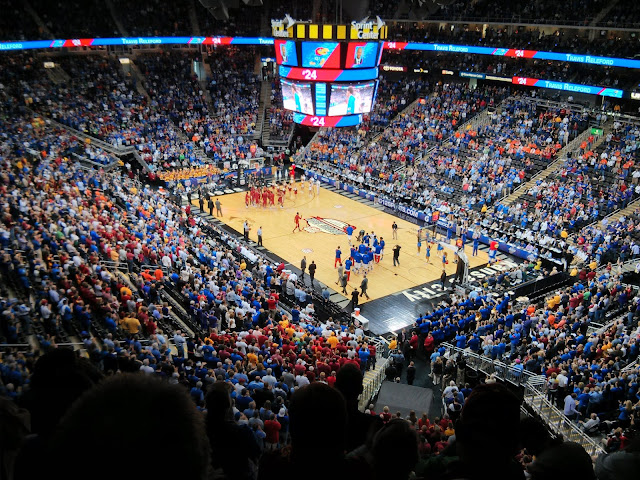 Top 5: Holidays that are Mainly Celebrated in America as an Excuse to Drink

“When have I ever said anything awesome in my life?” Nickole, who texted me out of the blue tonight