This column has been a couple of days in the making… it may be on the long side. You can glance down to get a peak of what you’re in for and decide for yourself if it’s worth it or not.

You know it’s worth it.

This first bit bounces around some. I had a lot of small things I wanted to say that don’t gel so well.

I went through and retroactively applied labels to ALL the previous columns. To celebrate, I’m going to add everything to this column that I need in order to give it ever label I plan on using. You can click on any of the labels and see all the columns that are tagged with it. Cool? Cool.

As an electrical engineer, I’d like to take this opportunity to celebrate my 100,000th column!

I want to see a game of Scrabble played between two people who make crosswords for a living. That would be intense.

Pandora, the internet radio station that everyone has, had an advertisement in its margins that read “He weighs 190, benches 450. Researchers at Cambridge have discovered a revolutionary new muscle builder. Try this one weird trick and build muscle!”

That made me angry. Angry at advertising (the dude looked photoshopped). Angry at advertisers (praying on the ignorant). Angry at the ignorant that buy into this crap. You want to know a “weird trick” that builds muscle? Exercise. Lift weights and eat an appropriate amount of halfway decent food. That is how you build muscle. The “trick” they are talking about is actually just a trick for them to get your money. For the most part, we are just too lazy to do the thing that works. Work works. So work. Here is what a year of passively paying attention to r/fitness and 5 minutes of Google taught me about health, in a nice outline format:

This all coming from the guy who hasn’t gotten up to weightlift ONCE this week. I’m worthless. I did workout Monday and today (Thursday) after work, though. I’m not totally worthless. I have to work off that double salad with a pound of chicken.

I ate healthy-ish today. I had a chicken ceasar salad for lunch. More specifically: A pound of chicken breast and a salad mix that’s definitely meant for two…

Two healthy habits that I have that I’m really proud of that I think everyone should adopt:

Google and Motorola are teaming up to release something currently dubbed the “X phone”. This is not, according to rumor, a Nexus device. From what I’ve gathered, though it’s going to focus on durability and battery life. I’ve long been of the opinion that cellphones should stop going for “thinness” and instead go for longevity. I would rather have a phone that is 5/8ths an inch thick that can last 2 full days than one that’s 3/4ths an inch thick that can’t last until night time. I don’t think I’m alone in this.

I got my laptop back. The refurbished one that experienced a hardware failure after less than an hour of me using it? They had to replace the hard drive. I’m happy to report that it hasn’t had any massive hardware failure sense! It still full of a bunch of ASUS Bloatware. Tonight I am dedicating a fair portion of my time to getting this thing up to speed with my old one. That is: Video editor. Microsoft Office (much to my chagrin), Google Drive, and all of my personal files. Estimated time to completion: 3 hours. Estimated error in estimation: an additional 3 hours.

The singularity will be cool. If I didn’t get enough nerd cred from the binary joke from before, this sentence should allow me to use that label without reserve.

Now here are several pictures to warrant the “pictures” label: 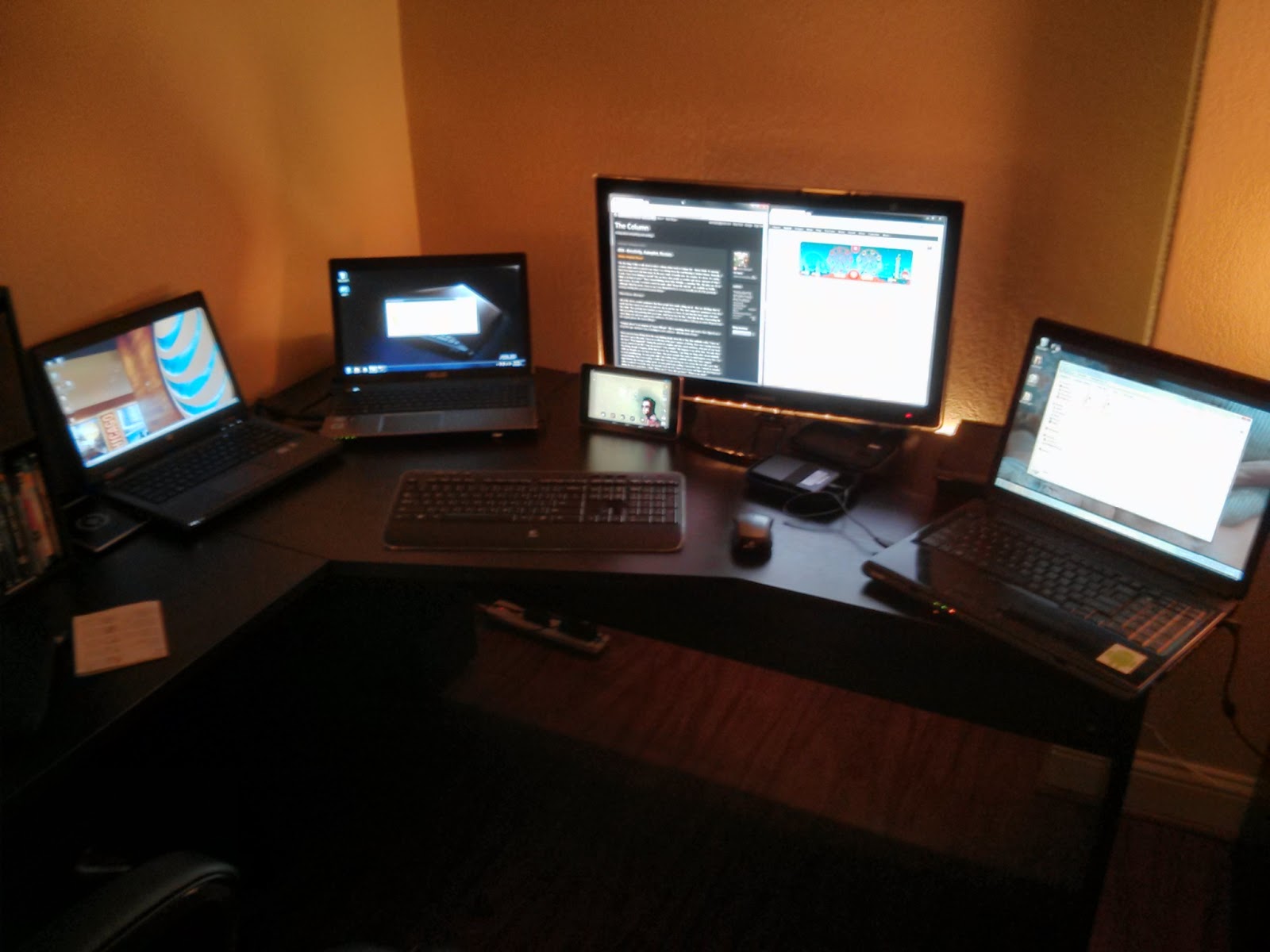 Left to right: Work, New, (monitor & tablet), Old I took this picture then sped off before something terrible happened. 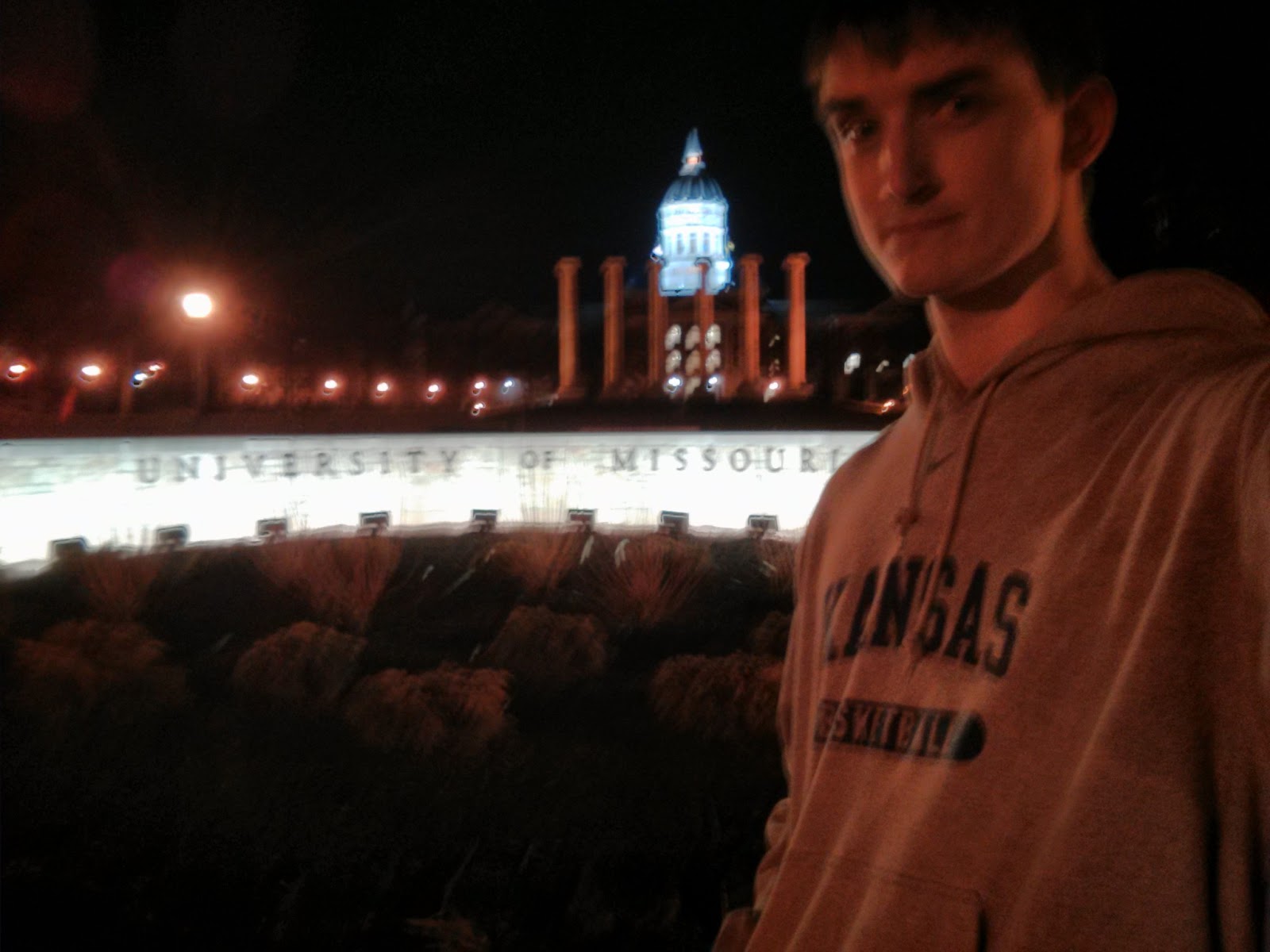 All your base are belong to us. I’m fake dancing in the bottom left one. If I say it enough it might come true. 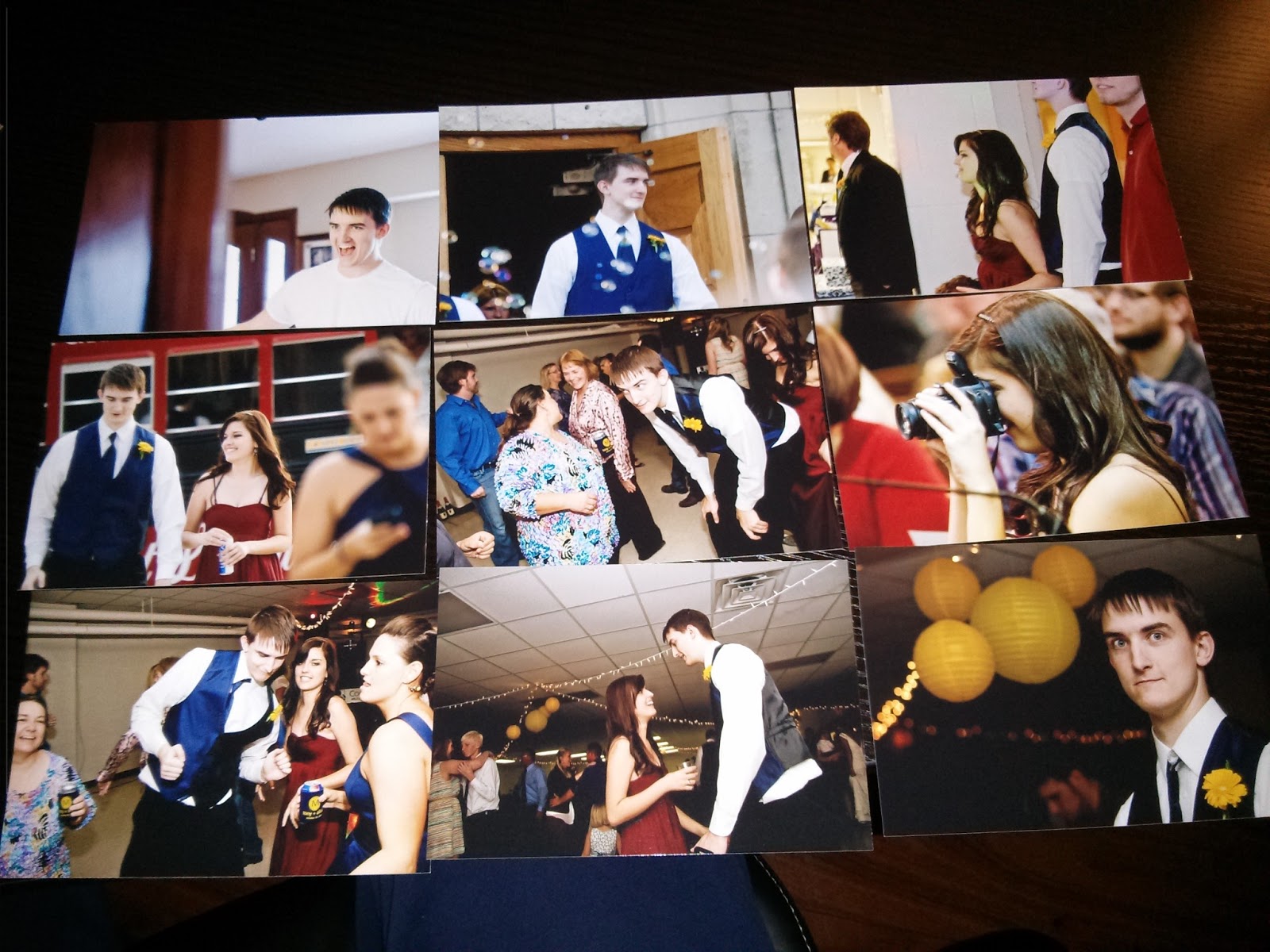 Picture of pictures of Melissa and I before/at/after Alissa’s wedding.

Top 5: Making Things Specifically for this Post to Use the 5 Least Used Labels

Why didn’t the skeleton cross the road? Because he’s dead. And dead people don’t do much. HA! (It’s late. I needed to be in bed an hour ago.)

The column doesn’t talk much about the column. I guess it does often enough to warrant it’s own label. 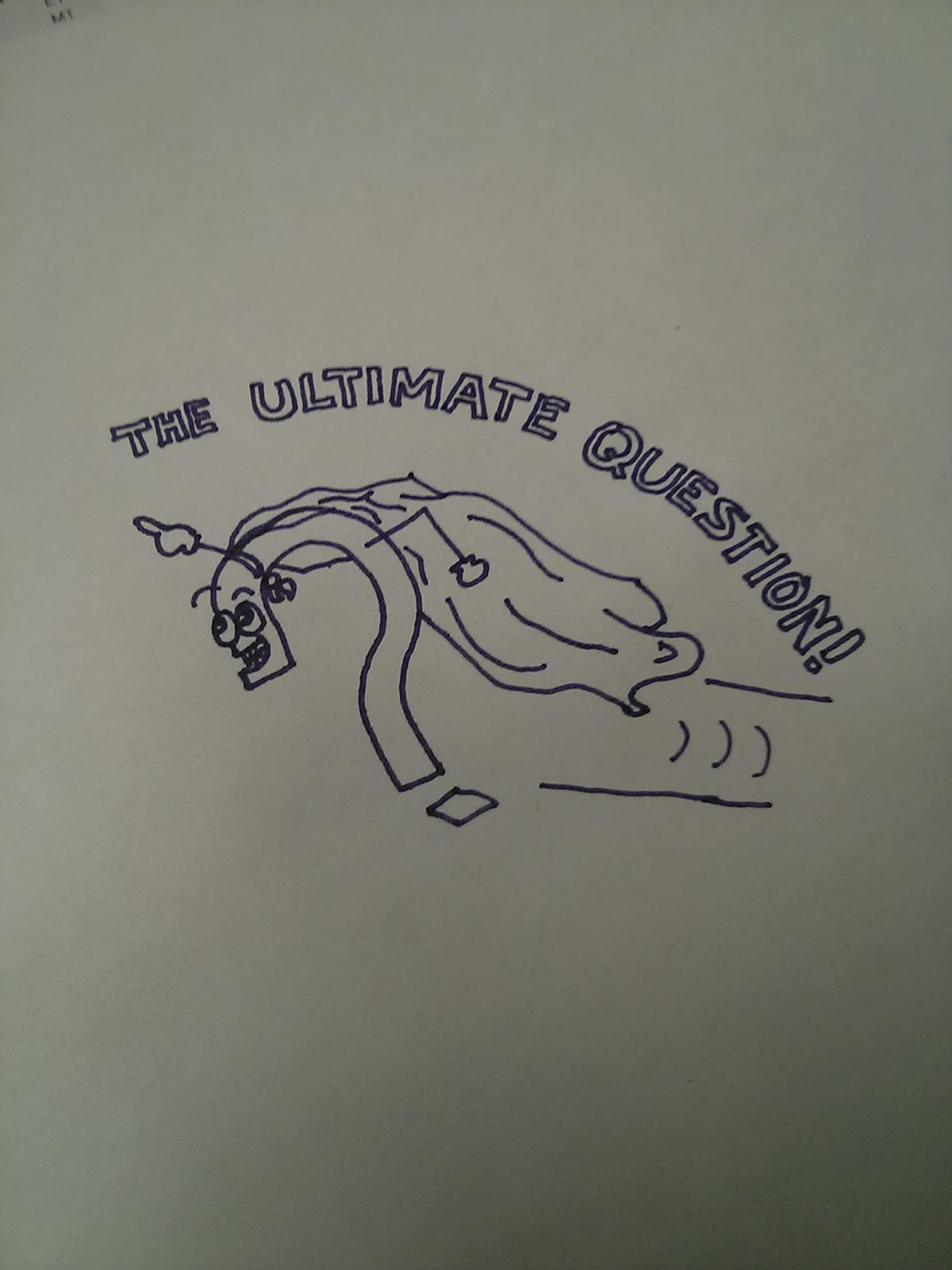 Answer: 42 A character I came up with in high school. If it weren’t so late I would crop the irrelevant white parts out.

(editor’s note: this video was lost to time.)

Roses are red. Violets are violet. Why would violet’s be blue? I mean, oranges are orange. Get it together, violets.