The first thing I’d like to talk about in today’s column relates back to Column #61 - Movie Mode. It concerns creative output and it occurred to me when I was driving down the road listening to Modest Mouse. Basically, I have been impressed with their music for the past couple of months now. It’s creative. It’s clever. It’s catchy. Lately, I have been thinking to myself “why are these other people so creative and clever, and most of what I think or do kind of sucks?” Then I started thinking about Mike Birbiglia, a comedian I like. His jokes are clever and creative. Recently I watched a movie he made called “Sleepwalk with Me” - it’s available on Netflix. Although I liked the movie, I have to say I was disappointed by it. It was basically just all of his previously existing standup jokes presented in movie format.

Then it hit me. All at once.

All of this clever, creative geniusness that these people have made a living out of… they are old things they’ve made that they repeat over and over and over, day in and day out. They don’t output new genuisness every time they think. They probably have had just as many bad ideas as I have; it’s just that they have spent a lot more time presenting and marketing their good ones. And I’m too lazy for that. I don’t like the idea of presenting the same thing over and over again to new audiences. I’d rather turn out mediocre bullcrap on a more frequent basis. Be original, please. Be Aaron Gillespie.

“Original, please” is an anagram of “Aaron Gillespie”. This is something clever and creative that I figured out a long time ago. And here I am, re-hashing to a new audience - all in the name of irony.

Have you ever been driving down the road, thinking deeply about this or that, then suddenly realize “I have no idea how I got to this point. I have no recollection of the past 5 minutes of driving. How was I staying between the lanes? What happened?” During this period of complete and utter zoned-outedness, what part of your brain was in control of your life? Your unconscious? Your autopilot? This happens to me all the time. Not only when I’m driving, though; it happens all the time in every day situations. I am doing one thing rather absent-mindedly while my thoughts are over here or over there. One great example that comes to mind happens every time I try to read something long. At some point while I am reading along I suddenly realize that I have stopped comprehending what I was reading. I realize that I was just moving my eyes across the text with a pace that approximates my average reading speed. At some point in my reading, I entered the zone. I turned on autopilot. After I realized I was in the zone, I’m instantly back out of it. I have to re-assess and figure out what happened during the time I spent there. I think: “Where am I?” “How did I get here?” “Where is my mind?”

It’s like the movie Memento (which is a fantastic movie, BTW). There are a few scenes in particular I’m thinking of. This isn’t the best one, but the first 25 seconds are the best such scene that I can find.

I told you it wasn’t great.

I was going to put a the picture I took for my passport as the picture for this column, but now I’m all weirded out by that idea for some reason. Instead, I’ll put a couple sample pictures from my trip to Lawrence to see my friends: 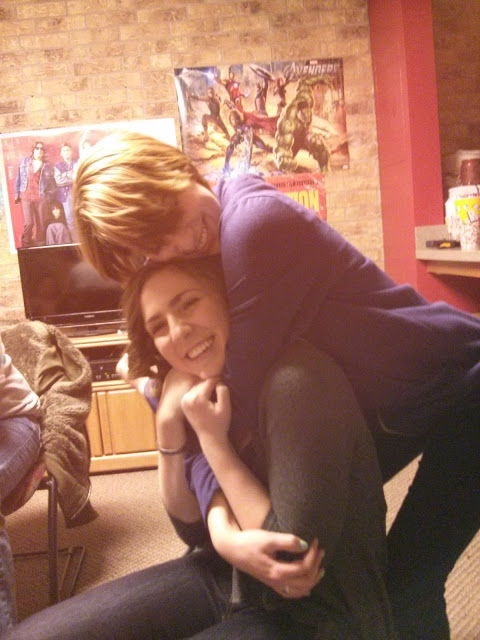 When I try to hug my guy friends like this I usually get punched. This was a precious “we’re best friends” moment I happened to capture of my ex-residents. 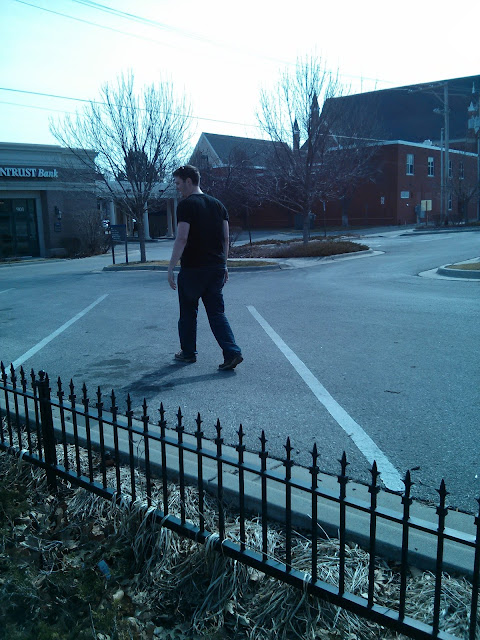 Those posts are stabbingly sharp. This is Ben and the fence that very well could have killed him.