Motto: Throwing Everything Possibly Deep at a Wall to See What Sticks

This weekend was dedicated to me. Aaron took a weekend for Aaron - probably undeservedly so. I need to be doing things for other people, being selfless to use say something selfish and play it off like it’s rare. I took a weekend to do exactly what I wanted to do, and it was great. But that happens most weekends lately.

This weekend I finished my second videogame since Melissa left. That puts me at one game every 10 days or so. Considering each game is supposed to take ~12 hours to beat, that’s, what, 1 hour 12 minutes a night?

I guess that’s not as bad as I thought.

Uncharted 2 is the best game I’ve ever played, by the way. I know nobody who reads this cares, but I wanted to take that one sentence to say something about the 12 hours I spent over the past week or so.

I sat down today to do something I don’t do much anymore. I sat down with a pen and a few pieces of paper in front of me to do some drawing or writing or whatever. I used to do this a lot (usually when I should have been paying attention in physics or something, but that’s beside the point). Not a lot came out of it. In fact, nothing good at all. I forgot that the majority of my doodles and scribbles in class were terrible. The good ones were the exception to the rule; and not the other way around. I just sat there staring at a blank piece of paper for a really long time. It was way harder than starting a column. I don’t think I’ve ever sat and stared at a blank screen, wondering what should go on it.

Maybe I am scared of me judging my creativity moreso than others. Maybe there’s something deep there.

I don’t create things for myself because I can’t settle for anything less than genius. Every line has to be saturated with poetic meaning and deep metaphor. Every eye I draw has to look so much like an eye that it makes you too creeped out to keep the thing in your bathroom.

I’m afraid most of this isn’t making sense. 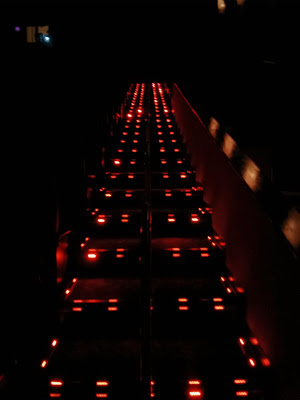 Before you get all accusatory, there was only one other person in there. This was on the way up to my seat. My old phone couldn’t have done this. If you know me really well, you know I don’t think the same as I normally do right when I get out of a movie. I think in much simpler terms. The complexities of the world don’t concern me because they don’t exist. Life makes perfect sense - and it is great. This feeling is the reason I went to film school to begin with. I didn’t like it. Classes didn’t bring me to this zen. I didn’t like the prospect of making something I wasn’t emotionally motivated by. Making films for money. No thank you.

I just watched “Silver Linings Playbook”. It was good.

Top 5: Parts of the “Routine” that have been giving me the most trouble

“Awww Crap!” If the main character from Uncharted had a catch-phrase, this would probably be it