About the motto - I’m watching Inception. So you might have to take this entire post with a grain of salt.

Maybe a brick of salt.

I have had a surge of productive energy since the end of school. Something about not having homework. Not having homework assignments gnawing at the back of my mind. Not having a cosntant study monkey on my back. Not having any of those things really puts me in a different mindset. Before, free time was spent “actively relaxing”, if such a thing exists. Now that there is no homework. I am doing things with my free time. All those things I wished I had time for during school.

I did some research about cell phone companies. Verizon is killing the unlimited data. The grandfathered in plans from older Verizon contracts. From even older Alltel contracts. I found out that pre-paid phone plans exist right now that offer unlimited text, talk, and data for $50/month… and you can bring in any unlocked GSM phone you want. That means, the unlocked Galaxy Nexus that Google is offering from their Play Store for $400 and pay $50/month for as long or as short as you want. That is much cheaper than the $200 subsidized version at Verizon with $100/month plans. It pays for itself after 4 months of usage and then saves you $50 for every year thereafter.

The other thing I wanted to talk about briefly was my recent Zen moment with Google Plus. The number of friends I have now that actively use Google Plus is growing. It has become a more legitimate option as time has passed and I will continue to back it fully. It truly is what sharing online SHOULD be like. Facebook is mindless chatter. Google Plus is full of things I actually care about. 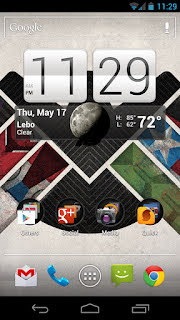 The avengers was AWESOME.

Top 5: True realizations I had during my Zen moment