About the motto - I'm watching Inception. So you might have to take this entire post with a grain of salt.

Maybe a brick of salt.

I have had a surge of productive energy since the end of school. Something about not having homework. Not having homework assignments gnawing at the back of my mind. Not having a cosntant study monkey on my back. Not having any of those things really puts me in a different mindset. Before, free time was spent "actively relaxing", if such a thing exists. Now that there is no homework. I am doing things with my free time. All those things I wished I had time for during school.

I did some research about cell phone companies. Verizon is killing the unlimited data. The grandfathered in plans from older Verizon contracts. From even older Alltel contracts. I found out that pre-paid phone plans exist right now that offer unlimited text, talk, and data for $50/month... and you can bring in any unlocked GSM phone you want. That means, the unlocked Galaxy Nexus that Google is offering from their Play Store for $400 and pay $50/month for as long or as short as you want. That is much cheaper than the $200 subsidized version at Verizon with $100/month plans. It pays for itself after 4 months of usage and then saves you $50 for every year thereafter.

The other thing I wanted to talk about briefly was my recent Zen moment with Google Plus. The number of friends I have now that actively use Google Plus is growing. It has become a more legitimate option as time has passed and I will continue to back it fully. It truly is what sharing online SHOULD be like. Facebook is mindless chatter. Google Plus is full of things I actually care about.

1. I just finished Inception. I now fully subscribe to the interpretation that he was asleep still.

2. My new phone background (thanks to my lovely girlfriend) is AWESOME: 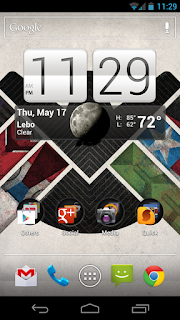 The avengers was AWESOME.

Top 5: True realizations I had during my Zen moment
5. All of the content I see on Google+ is relevant. I care about everything I see because everything I see was intended for me to look at. This is a stark contrast to Twitter and Facebook where every post is meant for everyone (for the most part). I feel sharing on those networks is like trying to shout something in a loud concert hall. most of what you see wasn't really meant for you.
4. The messenger app for Android and iPhone does have a purpose. When trying to organize a group meetup, there really is no smarter way to do it. I want to use and explore this feature more- but I really love the idea. Google+ is way more than just a social network. They came late to the game and had a few misses along the way, but they really knocked it out of the park when they got it right.
3. Sharing exactly what you want with exactly who you want to share it with is a much better system than Twitter and Facebook's approach. Seriously. Much much better. Having said that, "Public" posts are important every once in a while. People think Google+ isn't used because the selective share feature works so well.
2. The integration with Android is really remarkable. Android has passed the iPhone in terms of successfully integrating a cohesive system (this is beyond Google+, but it is what made me fully realize it)
1. Google+ hangouts are fun. They go beyond "Skyping" and can be used for a lot more than video calls. Google Docs editing. Youtube watch parties. Group hangouts. Screen sharing. All of which can be accomplished from any Android/iPhone. Hangouts are a feature I have explored way too little.