Fun fact: I called this post “AIM Revisited” until it was nearly done, then realized that I’d already written #401 - AIM Revisited. Then had to re-do a lot of this post. #401 should be my first inductee into the Pantheon of Good Columns1 I’m actually still pleased with after all these years. It’s a good’un. Time will tell on this one. WHO KNOWS! 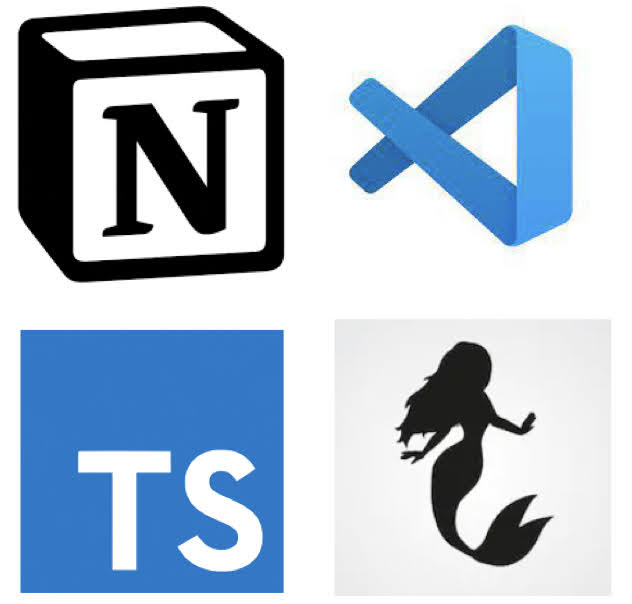 At this point I’ve maybe written enough about Notion. Since my original “AIM” Column, #370 in May of 2019, Notion has completely overhauled the way I organize my personal life. It’s just great. Everything about how Notion is built is just exactly how I think it should work.

VS Code isn’t really a new tool to me, but it’s a new favorite tool. For those of you who aren’t coder-types2, VS Code is a text editor - which is exactly what it sounds like. It’s a program that lets you write text. In particular, it excels at helping you write code… although you can use it quite well as a note-taking platform (which I would do, if Notion weren’t so damn good), or any other application of writing. And it, like Notion, has a BUNCH of quality-of-life features that enable productivity never before dreamed of.

TypeScript is legit. I don’t want to code a plain JavaScript app again, because eventually it will grow to the point that it will have benefited from the tooling features that TypeScript enables. If you’re not a coder and you’ve heard the of the coding language “JavaScript”, TypeScript is basically just better JavaScript. I’ve really struggled to come up with an analogy that’s approachable to non-codery-types. Imagine if you had to write legal contracts, and you had a tool that prevented you from mixing up names. Or if you were doing a bibliography, and you could just tab your way through the citations. Imagine if you were writing instructions for how a thing worked, and the instructions built upon themselves such that the more you wrote the easier it became to write… or even if you built an example of a thing and the instructions for how to build it just sort of wrote themselves along the way.

TypeScript is sort of like that. It’s JavaScript, but with some added features. It’s something I’ve only been using in earnest for a couple months now. I love it. I’m not going back.

A picture is worth 1000 words. So if you can create a picture using a couple dozen lines of code, then you’ve turned a couple dozen lines of code into 1000 words. You can write some simple-to-lean code and easily turn it into complex diagrams. I’m a visual person, so I love diagrams… but changing how a diagram looks is easier when you can save version-controlled iterations of a diagram, and when you can just worry about the connections that need to be made without having to worry about how to physically draw them..

When it comes to diagrams as code, there are a few competing standards in the “code into pictures” arena: DOT, PlantUML, and Mermaid. I’m going to save the rest of my discussion on this for a future Gillespedia Article.

This code turns into the diagram below it: 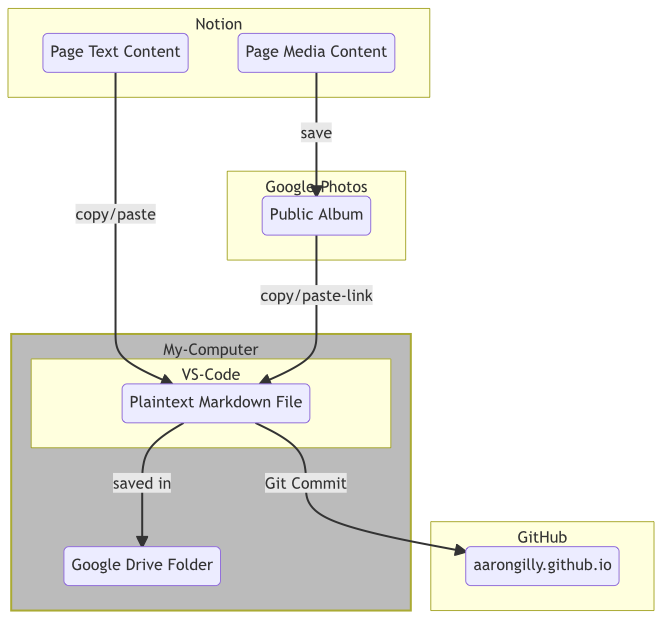 Genuinely every item of clothing I wear is from American Tall - aside from underwear (Pair of Thieves), socks (Darn Tough) and shoes (whatever works).

Kitchen table, TV, couch, loveseat, mattress, pressure washer, & groceries every few weeks. Probably not as impressive of a dedication as #2, but man… Costco is great.

My son is 3, and won’t be saying these kinds of funny things forever. That makes me sad.

I love to play Lucalalies  My son