Something occurred to me yesterday: I’M AN ADUUUUULT.

I’m 31 years old. It’s not interesting to say the age-focused definition of adult has applied for quite some time now… I’m not saying that. I’m saying I finally feel like an adult. I remember the day I first bought a couch. I thought, “I own a couch… that’s so weird.” Couches weren’t things I had to buy, they were just always… around. It was the first in many, many tangible steps that took me from “feeling” like a kid to “feeling” like an adult.

Basically, Aaron’s mental prototype of himself has changed. That isn’t to say I’ve become boring. On the contrary, I’m more at ease with myself than ever before. I know that guy on the left is still in there. I also know that there’s a lot more going on. I’m full of those multicolored balls from the movie Inside Out. I like to do detailed analyses of complex problems, and I like to laugh at fart jokes. Like I said: I’M AN ADUUUUULT.

I never thought I’d write something like this. What follows is mostly a review of a cookbook. 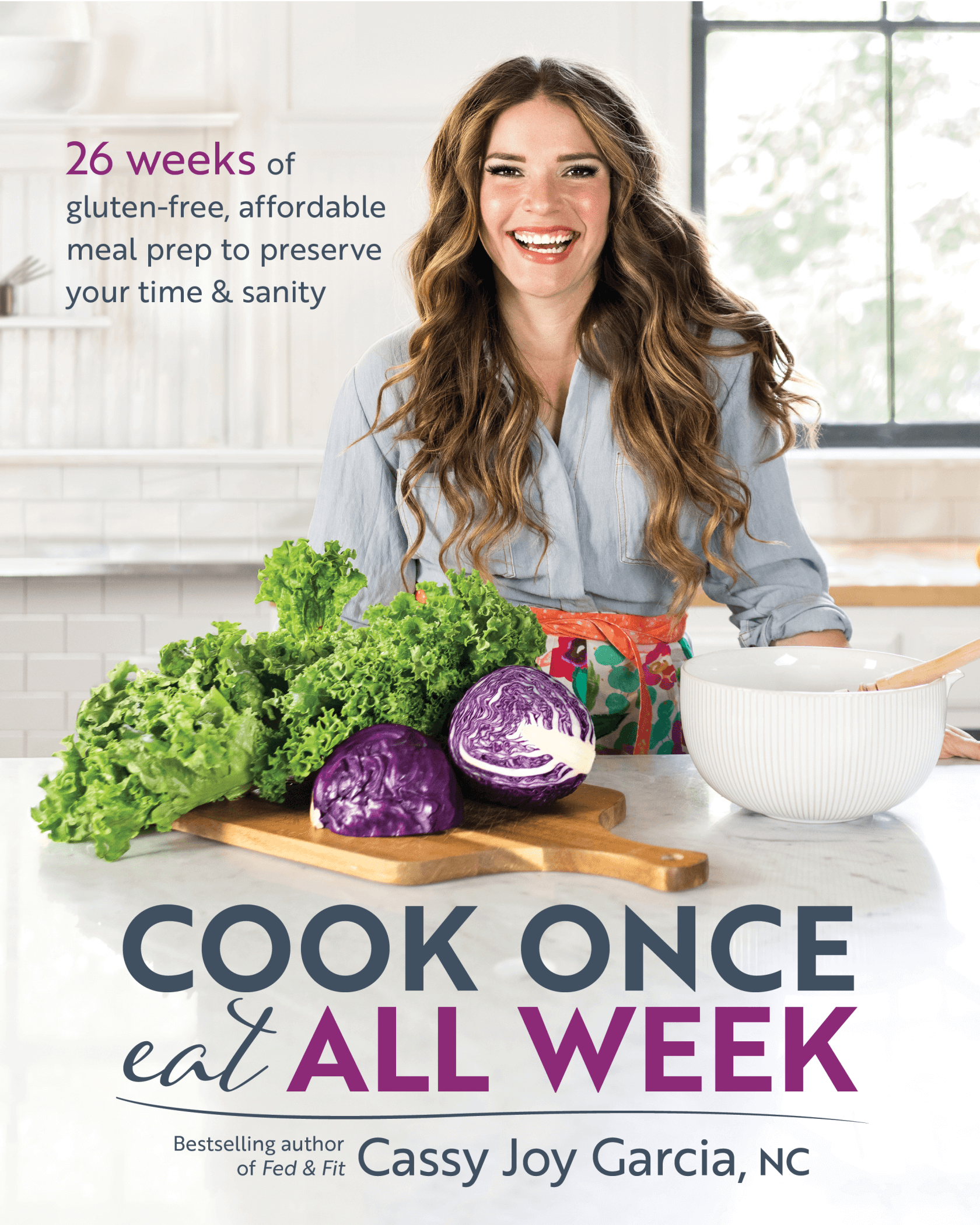 Calling “Cook Once, Eat All Week” by Cassy Joy Garcia a “cookbook” is doing it a bit of a disservice. True, it’s a book full of recipes for making various types of meals; but they aren’t just a set of unrelated recipes for which you might have the ingredients. This book is a full-blown food game plan… and a good one, at that.

My wife and I just finished the 26th (and final) week of this book. It feels like the end of something cool and new. We’ve never been so “into” cooking. We’ve never produced such high-quality food so consistently. Meals that would have been phenomenal to us 2 years ago are now essentially average. More important than any single set of recipes, the mindset of our entire kitchen has changed. We no longer have a refrigerator full of unrelated ingredients in bags that we hope to be able to throw together into some sort of recipe. Instead, we’ve front-loaded the preparation efforts and keep a fridge stocked with mostly-ready-to-go meal components. The “what should we make, what can we make” dilemma is gone. THAT is probably the most gratifying bit of the whole thing.

That plus we make dynamite food every day now.

Top 5: Other Things I’ve Been Doing

I’m a little excited to win or lose in a meaningful way with people.
- Robbie, about Super Smash Bros