Motto: Do You Have Any Apple Fritters?

I read an article (like this one) about a psychology study in which the takeaway was: telling somebody you were going to achieve a goal, made you less likely to achieve that goal. I thought "I should stop telling people I'm going to do things before I do them!" Then I promptly pulled open my messaging app and typed a message to my wife saying:
"I think I'm going to stop telling you about things I want to do to better myself befo"...

Then I realized the irony of the message, and pressed 'delete' instead of 'send'.

I say it here because I thought it was funny. 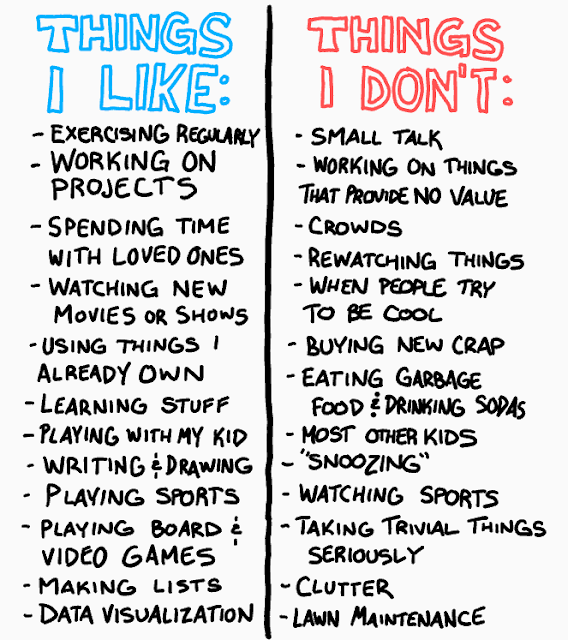 If you haven't, maybe think about doing it.

Or don't. I expected it to be more enlightening than it was.

I have a Podcast. It's got a website in case you're not interested in Podcast apps... it's nothing fancy. Just a thing we do for fun.

Top 5: Things I Learned About Communication at Work
5. ... I only have 4 points to make. This is me copping out.4. It is incredibly rare to communicate too much or too clearly. 3. Pay attention to what means of communication works best for given situations. Use those for similar situations. A lot of times a 20 minute chat can be done in a 3 minute phone call... and other times a 3 minute phone call can be done in a 5 second chat.2. The word "but" is almost never worth saying. "And" works in it's place AND doesn't make it sound like you weren't lying about whatever you said before it.1. Don't say "just" in an email. Stuff like "I just wanted to say..." makes it sound like you're not worth their time.

Quote:
"Any flat surfaces around, he will stack [stuff] on. It's like the 5th law of thermodynamics."
- Josh -