Motto: Save ALL the things!

Due to my geolocational luck, I have recently had the pleasure of signing up for Google Fiber. Due to my extraordinary luck, the 1 terabyte of Google Drive storage offered with the internet service has already started for me. It has become official, I have more cloud storage than I do local storage (if you don't include my external hard drive and myriad of flash drives). With that, came a new opportunity, which I viewed (almost frustratingly) as a new obligation.

I had to change up my notetaking system.

If you have a terabyte of storage with one service, you use it. To misquote Loki, I am burdened with glorious power. I am fairly certain this will be my last ever iteration of a digital notetaking strategy. I will append this strategy later on, after I get myself a little nerd-organization gift later. I have other things to be spending money on first, though.

When I get my first dog I am naming it Loki, Thor, or Odin. He's going to be small, but not runty. Cute, but not too cute. Something like... I dunno, this.

As an aside, I just wasted an hour looking at pictures of dogs on the internet. 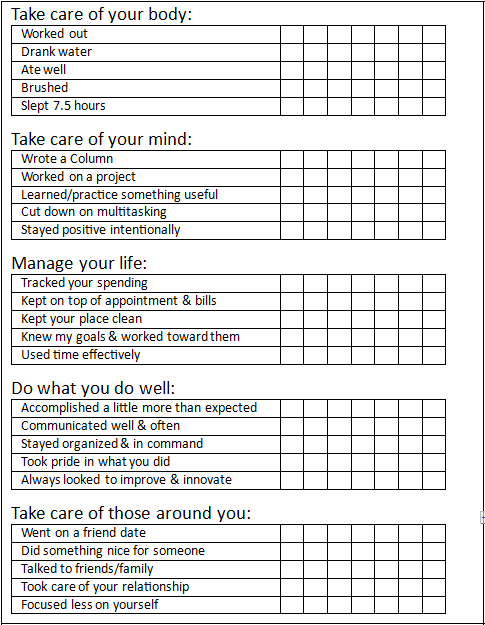 The list above fits conveniently in a two-by-two square on standard printing paper because I'm awesome. For the record: I did terribly this week, except for Tuesday. Tuesday I did well. Next week I'm going to try to set the high-score.

Quote:
"Mark Twain never actually said half the stuff he gets quoted for"
- Mark Twain -