In Column #97 I wrote about "The Taxonomy of Human Attractiveness". In that post, I analyzed the perceived differences between "cute", "pretty", "hot", and "beautiful". Today's post is a continued analysis on human attractiveness, but more focused on what it is and less focused on our nomenclature for it. I started writing today's post back in November of 2016... so this has been a long time coming. Since this is already a Column out of time, I'm going to correct my accidental skipping of Column #344, too.

Also I feel the need to through out a necessary PREFACE CAVEAT!

I'm an American white male. I'm a member of just about every majority class that exists in my region. Attractiveness is heavily influenced by culture. Everything I'm about to say is coming from a place of "I Googled this", but my Google searches, even in Incognito Mode, will inherently be geared towards the American majority sentiment. Societal commentary is not a goal of this particular topic, but I wanted to throw this paragraph in to cover my bases.

"Attractive"  (adjective) - providing pleasure or delight, especially in appearance or manner; pleasing; charming; alluring. (thank you Dictionary.com)
Defining "attractive" is surprisingly difficult without the help of reference materials. It's tempting to just say "you know it when you see it"... but when you do see "it", what are you actually seeing? That's the question I want to answer first. Then I will attempt to answer why those things are "attractive".
The traits of human attractiveness can be broken down into two distinct categories: those which depend on gender, and those which do not. Certain traits are only attractive on a guy (e.g. thickness & evenness of beard). Other traits are only attractive on a girl (e.g. wide hips). Some things, though, are 100% universally considered attractive. I'm going to call those the "ungendered" traits - despite Chrome telling me that's not a word.

Symmetry of the body and symmetry of the face are two, independent traits that both weigh in heavily on an individual's level of physical attractiveness. Typically, we associate a high amount of symmetry with beauty.
With regard to the face, we look for eye placement & size, nose structure, jawline, cheekbones, hairline, eyebrows, lips, and to some extent the ears. You can see how symmetric your own face is by taking a straight-on photo and mirroring each half of your face - like so:

Ideally, all three faces up above should look basically the exact same. Differences between the three indicate differences between the two halves of the face. I, for example, have a fair amount of difference between the three photos. I'm not terribly asymmetric, but definitely not perfect.
A quick word of caution:
If you do this you may learn some things about yourself that you didn't want to know. For example - it turns out the right side of my face (the "me" on the left side of the picture is my right side) is much better all around than my left side. "Right Aaron" has a more square jawline, a less obviously broken at one point nose, less tired eye shape, and a couple of other "better than" traits that I'll leave as an exercise for the reader.
With regard to the body, symmetry about the left and right halves plays a bit smaller role. Basic symmetry is probably good enough. Small differences between the halves of the body likely go unnoticed, but large may still be apparent. If you are wanting to examine your left/right bodily symmetry, you can do the same procedure as I suggested with the face. I'll save you from my picture and leave you with my conclusion: my left half is significantly more muscular than my left. I don't know why. They lift the same amounts of weight. Basically left half Aaron body + right half Aaron face is the way to go.
Bodily symmetry exists also between the proportions of the limbs, length of the torso to the legs, length of the arms to the legs, et cetera. This type of symmetry is harder to measure - preferences vary from person to person. We'll get into that more later.

Ungendered Traits Not Related to Symmetry

I'm going to be honest here, this part of my research was boring. So here it is in short:
Has anyone ever told you "you look young for your age"? That's a compliment (assuming "your age" is 18+). Youthfulness is an attractive thing! Doesn't matter which gender, on the whole people are attracted to people who appear younger than they actually are... with some exceptions (the "silver fox" comes to mind). Another thing people tend to find attractive is smooth, even skin. Skin blotches mar the canvas that is your body.
Physical fitness plays a huge role in physical attraction. While many can argue the ethical ramifications of the "average" person's desire to have a physically fit mate, it's an undeniable fact that most humans express a preference for a mate who is physically fit. The definition of physical fitness is somewhat vague, and what traits of physical fitness are particularly attractive might vary from one person to another. In general, though, a low to medium-low level of body fat is typically desirable in modern times. This hasn't always been the case, but today we prefer folks with flat stomachs and at least a moderate level of muscle tone. I'll get into physical fitness more later.
Arguably this next part is deals with symmetry... forgive me.
Another thing you might have been told "you're average-looking". If you have - that's also a compliment! Turns out looking "average" is pretty darn good looking. Here's an "average" group of faces from different countries:

That's 30 good-looking people.
It kind of makes sense, right? For any given trait, "average" is a very safe way to go. It reduces the size of the huge nose. Lack of exaggeration can be a good thing. It makes a dainty girl nose bigger on your friends boyfriend. It takes any distractingly-different-from-normal trait and throws it out the window.
Of course, as a 6'9" guy, that stings a bit.
More interesting than ungendered traits, are the things that differ between the sexes. The phrase describing the different physical attributes between genders is "sexual dimorphism". Sexual dimorphism is (at least partially) related to how much testosterone/estrogen an individual produced during their pubescent developmental stage. That's why it's easier to tell apart men and women than it is boys and girls.

In researching this topic for the Column, my main goal was to find out which person I could point to that most perfectly exemplifies a "male" face... but before I get to that let's talk about what typically makes a face "dude-like" (to use the technical term).
Dude-like faces usually have:
Googling "Hyper-masculine face" pulls up pictures mostly of Javier Bardem, which I don't disagree with. Looking at this dude, there's not a single iota of me that say "wait, you're a guy, right?". 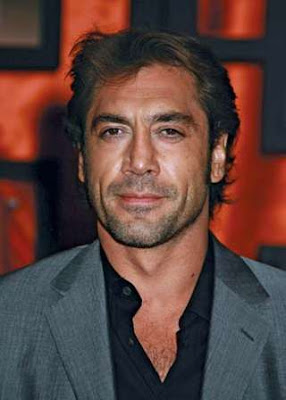 I think it's a well-known trope that an "hourglass figure' is a desirable female trait... BUT have you heard of the male counterpart - the Martini Glass? 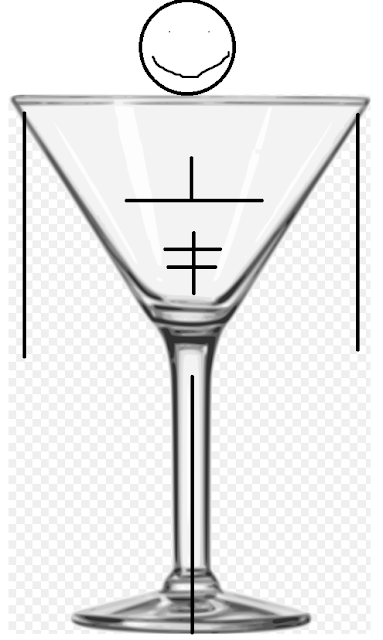 The characteristics of an attractive female face are essentially the antithesis of those which I listed for men. The standard list of feminine facial features include: 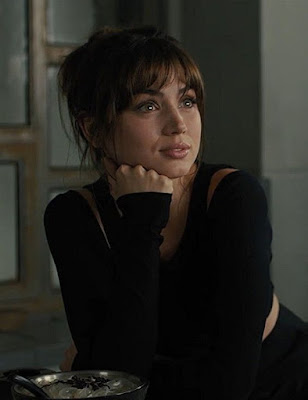 Again, it's hard to look at that photo and say "throw a mustache on that person and she'd be a pretty convincing dude". There's just no way.

There's a host of well-documented features that make a woman attractive. Just listen to any given song on the radio and there's a 30% chance you'll hear some subset of the list below.
Since symmetry is a theme in this Column and I showed a Martini Glass figure up above... here's a picture of an hourglass. 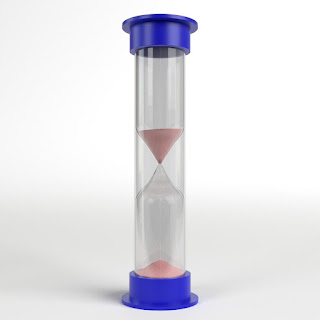 Apparently women are supposed to look like a tube.

I feel weird writing all these things. I'm going to leave it at that for now and get to the part of the Column I've actually been looking forward to writing...

What is attraction? Why does it exist? What does it all mean, Basil?
Well. Biology roughly says that life is the process of RNA replicating itself. The better it is at creating individuals that live to breading age and produce children that themselves do the same, the more likely it is to continue being. Some deeply-seeded animalistic instinct in each of us knows that, on the whole the fittest possible mate produces the fittest possible children. If our RNA, which is inherently selfish, wishes to continue existing beyond us, it must find another individual whose DNA creates RNA that creates proteins and whatnot in orders that help our potential offspring to go on and replicate that process.

That process roughly translates to us going around, looking for tall, dark, and handsome men and/or girls with little waistlines and full buttocks... but why? Some lizard brain part of each of us has decided that low body fat is a sign of healthiness, and a huge dose of testosterone or estrogen during puberty is a good thing, for some reason. I'm not sure that I'd believe larger-than-average doses of either of the sex hormones is exclusively a good thing in terms of health.

It's all about biology, baby.

Alright I'm going to exercise...this Column... from my backlog.