Three weeks of work down, hopefully many many more to come. Once again, I intend on keeping where I work relatively vague, as I do not ever want to give the impression my writing is in any way on the behalf of or in any way affected by the company for which I work. This company, I will refer to simply as: Aaron’s telecommunications and technology employer.

My impressions from my first three weeks of work: I like it. I am still in the training portion of the job, so I can’t yet say exactly what my day in and day out work is going to be like… but I am getting a pretty good idea. So far, it’s very positive.

Anyways. Training has eaten up a lot of my time and energy, so it’s been a while since I wrote a column. I refuse to be one of those people whose only updates are apologies for not updating more often, so I’m just going to change the subject.

There have been strong rumors of the announcement of new Nexus phone(s) at the end of this month. I am excited.

I don’t know what that was.

This column will NOT just be me recounting work and rambling about technology stuff. There is going to be LIFE STUFF on here, man. So, speaking of life stuff:

I have set about recreating an old system of mine. A life-tracking point system - the idea for which was shamelessly stolen from Demetri Martin. If you click that video, make sure to watch parts 5 and 6. I am doing that after this.

I am accruing a lot of “stuff”. I am about to start making a lot of “money”, so I need to be careful not to continue this trend too long. I will be drowning in my own equity. Besides,the things that you own end up owning you.

I think I’ll leave off with that Fight Club reference. I like to make those. 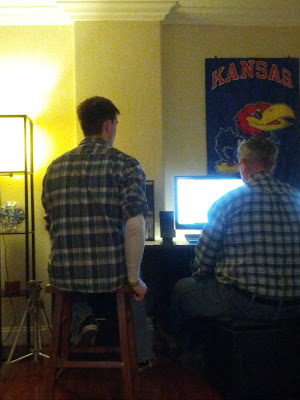 “We found ACME boxes everywhere, so we knew they were close” Josh Weltha, looking for coyotes