Lately I have had trouble doing new Aaron things.

The ideas haven't gone. It's the follow through. I sought to remedy this situation by nixing passive entertainment from my life in October. That worked until it didn't. I set goals, do a great job with them at first, but after a bit I'm back to baseline Aaron. The goal is present, but the change in behavior is not.

Comfort is the problem.
Control is the answer.
Captain America.

...or maybe that's just what I think.

These thoughts have felt like strictly hypothetical impossibilities. "Ah man I wish I could just do this" when there's literally no reason I couldn't other than it would mean I'd have to change behavior. I'd have to follow through. I'm throwing the ball at the rim right now.

I used to have so much less to do, and I feel like I got more done. It's most likely that's the benefit afforded to you by the distance between the present and the past.


Or maybe I've been too hard on myself.

I've had basically the same set of goals for the longest time... and maybe the problem lately is that I've achieved most of them. Or I've achieved them to a level that I'm not willing to surpass. I could murder myself in the gym and get to my goal strength... but that wouldn't be worth it. As someone with an MBA would say: The ROI isn't there, opportunity costs are high. Invest elsewhere.

Maybe it's time to change my goals. Think bigger. Think different. Or maybe just think less. Maybe I should just live a non-goal-oriented life for a while.

The things that are right and true when you're thinking with your best, most well-rested brain are also right and true on the days where you're not. I feel like that's important to know... but I thought of it when I was grooving on a caffeine buzz, so it won't be true when I'm bummed out or sleepy or hungry.

I'll just have to keep seeing the glass half full - also split in half vertically: 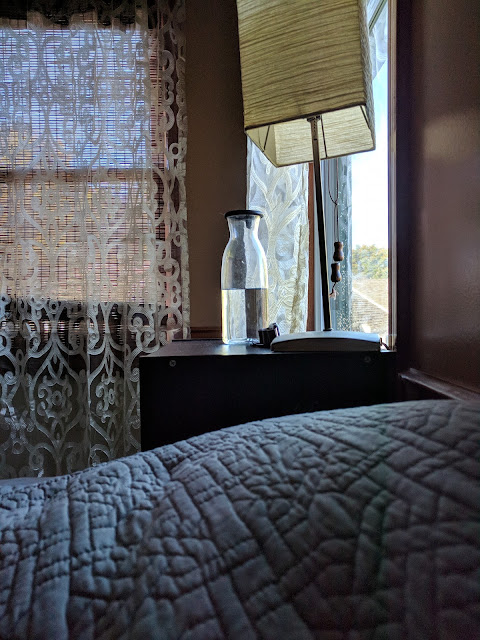 Top 5: Underrated Comedy Movies
5. MacGruber4. Scott Pilgrim vs The World (probably the least "comedy" on this list, still very funny)3. Yes Man (which I've written about previously)2. Tenacious D and the Pick of Destiny1. Hot Rod
With regard to the coming quote - let's say the piece of text in question was this:
Take the bread out of the cabinet. Return cabinet to standard closed position. Place the bread on an approved surface.

Quote:
"Okay, let's go back and read that instruction carefully... 'blahblahblahplace the bread-"
- Jason, who was interrupted by me laugh-yelling -