Motto: I Forgot to Remember

Last time I wrote about stuff I had been putting on the back burner for a while. I forgot this stuff.

SCIENCE AND HUMANITY AND STUFF
I wonder if we will ever reach a point where we fully understand how the human body works. Will we ever know what each little synapse in the brain is doing when it fires off. Will that discovery be succeeded by a discovery allowing us to shape the brain after birth to correct defects in the brain and body? Will we learn how to turn off the dopamine hits that are associated with damaging things? Would we be able to reprogram the brain to really and truly enjoy doing stuff that is beneficial to the individual, humanity, and the world? Will we be able to link together in a way that is more meaningful than the means achievable through conversation. Can we abstract consciousness away from the human body? Could we ship that consciousness throughout the universe on miniature space probes? Will we discover a way of living that is objectively the "best", and if so - at what point do we cease being "human"?

This sounds a little bit like the mad shower thoughts of a freshman in philosophy class. #Deep

LIFE TRACKER ENDGAME
I have been doing a more and more sloppy job with filling out the Life Tracker lately. It used to be that I didn't know what was possible with it, and wanted to capture everything I could. Now I've got a good feel for what data I use and what data I don't, yet each night I've obligated myself to filling it all out. I've decided to set a finish line.

I want to finish out my 5th year of tracking stuff. That means going as is for another 6 months, until late April, 2018. After which time I want to transition to a new, long-term, more "journal-like" system of keeping record - retaining the stuff I care about still, but nixing the stuff whose return isn't worth the investment. It will be built in Android - which gives me a deadline for learning how to do anything useful on the platform. Also it will have a better name... I'll figure that out later.

2017 FOR AARON AND MELISSA
December 31st, 2016 I made a list of fun stuff for Melissa and I to do in 2017. Yesterday at Kansas City Irishfest we crossed the 10th goal off the 20 goal list. So that puts us a bit behind schedule. Maybe I'll revisit this in my first post of next year. Maybe I'll forget.

Alright - now I've written about all the stuff.

Remember that thing I said about not taking photos? It's still true. I went to Irishfest yesterday and the only picture I got is standing in the Festival area, but looking out. 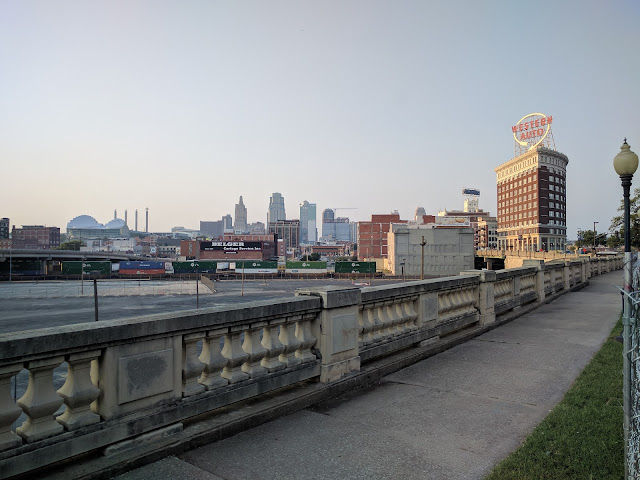 Top 5: Things I Still Value Tracking
5. Sleep, food, and exercise tracking (this stuff is automatic already)4. Goal tracking - but in a  less intense, less rigid manner3. Location tracking - for Android this could easily be built-in2. The concept of "tags" for each day for various things1. A couple sentence summary of what I did each day

Quote:
"At first I assumed he was a Mexican, but slowly began to realise that a real Mexican probably wouldn't be wearing a sombrero in a London nightclub. And he'd probably have a real mustache, not a stick-on one. A Mexican with a stick-on mustache would be like a super Mexican, because he'd have two mustaches and that'd be cool, because a super Mexican could probably use his poncho as a cape, and then I realised I was saying all this to the man's face."
- Danny Wallace, in the book "Yes Man", upon which the movie was very loosely based -