Motto: The words need to fit together. The paragraphs do not.
Writing.
Every time I start a Column it starts with the single word "Writing". I go in and change it to say other stuff usually, but today I felt like leaving it. No further words need to be said about that.
If I stuck were in a room with nothing but a window. I wonder how much time would have to pass before I noticed time wasn't passing.
Whoever said variety is the spice of life was a smart dude. He probably also just got out of a rut of some sort.
My Roomba plays a little fanfare when it's done cleaning and successfully returns back to its base station to rejuice. You can hear it in the first 8 seconds of this YouTube video. I haven't thought much about tune before - but today when it was finished I instinctively said "chaaarge!". Only after I said that out loud, did I realize some product designer has a sense of humor. iRobot must hire dads. Pretty good.
Spiderman: Homecoming was great. I don't want to leave a review yet, cause I've only seen it once. It's worth the rewatch. A review may or may not come later. On a tangential note: THAT is how you make a movie that's part of a greater universe. You don't show a guy opening some emails, or a bunch of costumes in a basement. This is a perfect franchise movie.
The past 6 weeks my sleep has been nosediving.
8:28
7:37
7:25
6:54
6:23
5:39
Those are the actual measurements, in order, of the average duration of my past 6 weeks. I have no idea what's going on. I've slept almost 3 hours PER NIGHT less this week than I did a month and a half ago.
This weekend was great.
Golf is a fun, if frustrating game.

Reasons I like bars:
- ostensibly, they facilitate meeting new people
- their lighting is usually a bit dim, which is how I like rooms to be

Reasons I dislike bars:
- the people I meet at bars are not generally people I want to meet
- the types of conversations I like having are not possible in that environment
- the types of conversations I hate having happen way too often
- the conversations that are held, are usually held at a volume I cannot discern from the crazy loud ambient noise
- the expected behavior of people at bars is not in any way in line with how I like behaving
- the atmosphere usually ranges from mildly aggressive to outright threatening
- the concept of personal space is foreign
- desperate people scream for attention
- the food is some combination of bad, bad for you, and expensive
- the drinks are more expensive than the kind you'd bring to a friend's house
- the sanitation is usually minimal at best, if the place isn't outright gross
- there's always some guy who will come try to join my group to hit on all the girls in it, even the one I'm married to

Next up: The Defenders.

Humidity and wind chill are a thing because we are a warm-blooded animal. There is a constant thermodynamic back-and-forth between us and the pocket of air around us. If that pocket of air has a ton of water in it, it becomes harder to cool off, thus it feels hotter. If that pocket if air is replaced with new air, it feels cooler. That's kind of neat to think about.

Here's a picture of me from today: 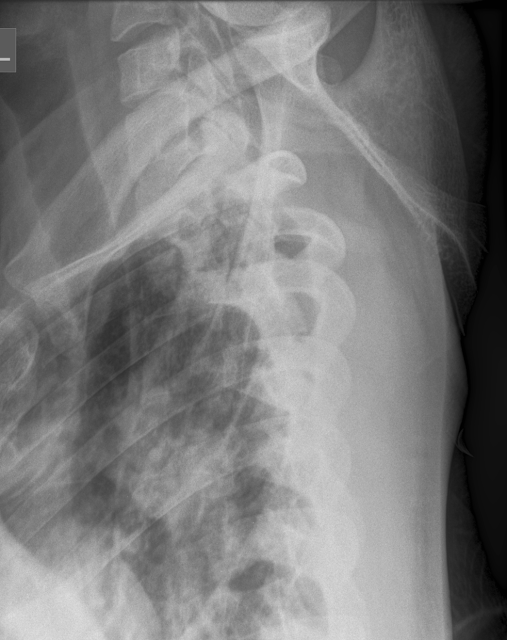 I'm 50% sure that dark part is my heart.
Top 5: Life Tips from Aaron Gillespie
5. Don't put something in an out of the way spot "so you'll remember it later"4. Alt+Tab, Ctrl+C, Ctrl+V, Ctrl+S, & Windows Key+Arrows. Memorize them. Also - double-clicking is only necessary to open files & folders from the file browser. Pretty much every other instance you should single-click. 3. Aim to to achieve at a level that's just beyond your current capabilities2. Manage your expectations1. Don't trust the lid
Quote:
"Spy Kids 3D was an Awesome Movie"
- Tyler -

"I like engineering. It's like 'I need this thing to be this way. The math says it will be'. It's like reality magic."
- Scott from work -