Motto: Balance in the Force

This post will serve as the "yong" to the previous post's "ying".

First I'll start by saying I'm back on prescription anti-inflammatories and honestly and truly back to feeling normal. Do you have any idea how good it feels to feel "normal"? It feels damn amazing. I think I'll take the stairs. I think I'll clean the house. I think I'll tackle that project. I think I'm going to go lift weights.

#BACKtoHealth was a last-minute success. My 30 Day Challenge for May will be for me to watch 10 movies from my "Movie Bucket List".
Wednesday was the three year anniversary of the day on which I married Melissa. It was the three year anniversary of the best day of my life. It was the 1096th day in my streak of good days (on the whole). It was the 36th straight month in which I was able to fill out "married" on hospital forms, rather than having to choose the single option and tell the hospital staff "it's complicated!". It marked the denotation of the 3rd complete trip around the sun Melissa and I have made as a legally wed couple. It was the 9,500,000th second I've lived without regretting a second.

We chose to celebrate the occasion with literally the fanciest meal I've ever had. We continued celebrations by spending more time together... which has lasted from then until now. Melissa's going into the summer, so I get a feeling we'll be able to continue celebrations for a good long while.

As it so happens, each year at around the same time as Melissa and I celebrate our anniversary, Marvel put out a blockbuster movie. This year's edition was Guardians of the Galaxy Vol 2. Man it was fantastic. GotGV2 dethrones the first one (or, possibly, "Ant Man") as the funniest entry into the MCU... and it did so without sacrificing quality, story, or heart. It was another huge win for Marvel, and another time I was not let down after having my expectations built up for a long time. If you haven't seen it yet - go see it. Everyone in the world should like this movie. It's just good fun.

Speaking of good fun - I played pool against some new folks the other day. It was a social event with people I had never really spent any amount of time with that I instigated. That's never happened before. It was a good time. We got to know each other just a bit while we played. Generally it worked out pretty alright! Also I got to ask about how pool leagues work and learn some stuff I'd never be able to teach myself on the table in my parents' basement.

I've had a phenomenal week. There's more to come - Melissa and I have a friend lunch to go to in a few hours. Then a full Sunday's worth of whatever you do when your house is already clean and you've got some spare time on your hands.

The picture to go out on - the American pass time, from my Instagram: 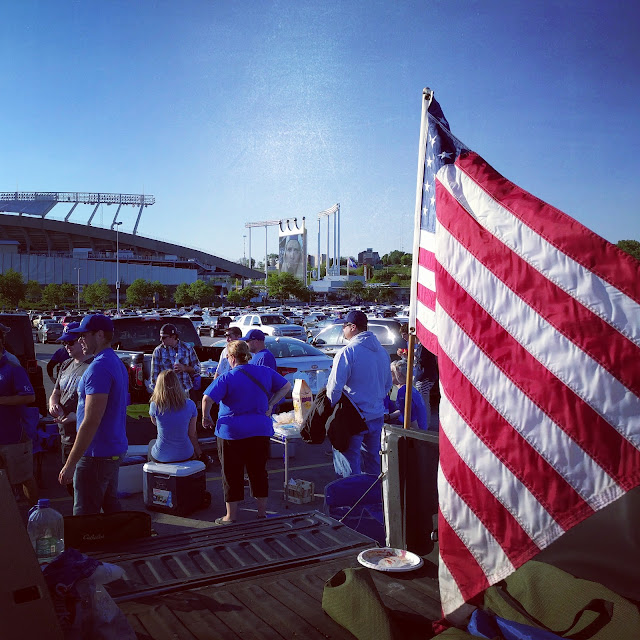 Quote:
"I thought you were supposed to say 'ying yong', because for some reason 'yang' was racist?"