There's not much time to write this. My laptop is dying. It's already fairly late.

Last year my resolution was to run 12 "challenges" concurrently. Eventually 30 Day Challenges sounded much better than the same 12 things I was trying (and mostly failing) to do. This year I'll be going back to the 30 Day Challenge thing. Otherwise, I don't have any specific resolutions. The ones I've been thinking of generally fall under the following 4 C's:

Control - I want to assert better control over everything in life. Money. Time. Energy.
Comfort - I want less of it. Cause that's how you grow.
Competency - in everything I want to be good at. Intentionally.
Captain - be more like Captain America.

That's really the only one that matters.

Have you ever wondered what a connect-the-dots with 1000 dots would look like?
This: 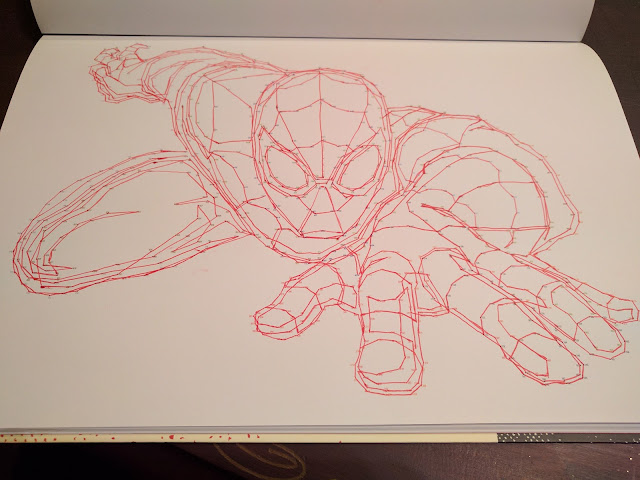 Top 5: My Favorite Movie Scenes (off the top of my head)
5. Any scene with Tom Cruise in "Tropic Thunder".
4. The last fight between Tyler Durden & the narrator.3. The Avengers coming together for the first time to wreck the Chitauri.2. The scene from Rouge One. If you've watched the movie, you know which one. It was phenomenal.1. The airport scene from Civil War.