Motto: the word "Pizzazz" has never been played in a game of Scrabble
2016 was an interesting year. That's usually a codeword for "bad", and in this case... it's not. I'm very in-tune with how my life is and how's been... and for ME, things are going pretty well. I'm happy. Healthy. Strong. In a good spot in my relationship. In good with friends and family (although there's always room for improvement on those last areas).

Even thought the year isn't over, I'm going to go ahead and do my wrap-up of the "Year of 12 Resolutions", which is what I did instead of 12 individual 30-Day Challenges.

Let's see how I did.

Weigh 240
I started the year off pretty light. Average of the first 5 measurements I took in 2016 is 223.7 lbs. The average of the last 5 measurements in 2016 (thus far) is 232.3 lbs. That means I made it about halfway to my goal. But I'm still not fat. So that's good. Believe it or not that's the least "bro" photo I could find for this. Every other one of the several dozen were too embarrassing.

Squat 315
I started the year without maxing out on my squats... estimates from the weight/reps I was working out with puts my max likely around 245 lbs. Almost two months ago I set a new PR in the squat department of 315 lbs. I actually "squat" 345 - problem was upon review of the video - I didn't get anywhere near parallel. I could probably do 315 legit. I'll give it a shot before January 1st. 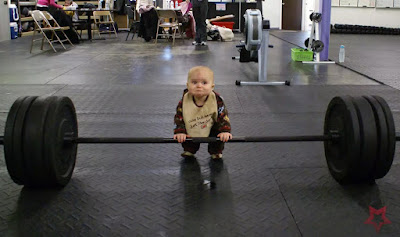 Deadlift 345
I also didnt' do anything resembling a deadlift max early in 2016. Estimates put it around 280 lbs back then. On many occasions since then I have managed to get 315 lbs. I haven't successfully done a deadlift of more than that. I DID just try and fail for the 345 goal I had set for myself. Couldn't get it off the ground. Which is weird given that I sorta squat that much (even though I give myself zero credit). 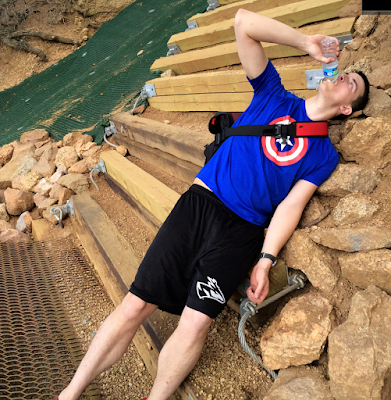 Incorporate 3 Miles Runs Into My Workout
Yep. Haven't done that yet. Technically I could just run 3 miles one time right before the new year and claim success... assuming I can run 3 miles. I DID start going on bike rides, for what that's worth. I'm still not great at cardio. I DID do a couple 5Ks, though.

Improve macro ratios
Nailed it. Carbs down, protein and fats up. That's the trajectory I was going for. Also I managed to achieve my "average 3000 calories" goal that I added halfway through the year. Christmas time might screw this up for me, though. We'll see.

Average 80% success in the Life Tracker
Nailed it... so far. I have to not screw this up over the holidays, which is a hard time to keep track of foods and stuff. My average lag time between midnight and "tracking" has gone down by almost 10 hours. This is inside baseball, I am aware. 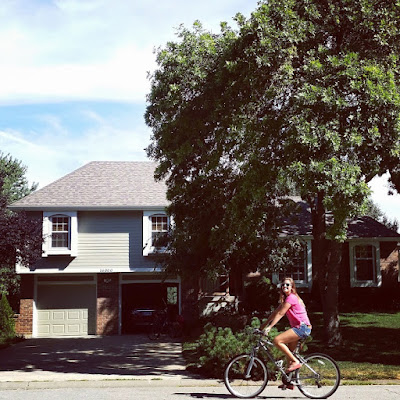 Build up savings
I bought a house. There's no such thing as "savings" any more. Okay that's not true, strictly speaking. The intent of this goal for the year was to enable me to buy a house sometime in 2017. Things worked out better for us to go ahead and jump on the homeowner train. So, I guess I haven't really meet the requirements of this goal to the letter... but I met its design intent? 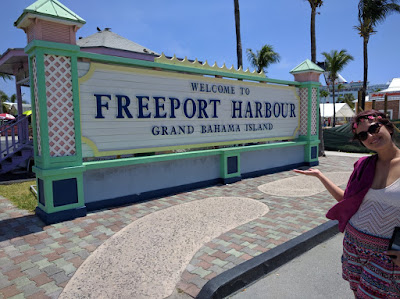 Travel out of the contiguous 48 states
This picture is from Melissa and my cruise/2 year anniversary vacation. Nailed it. 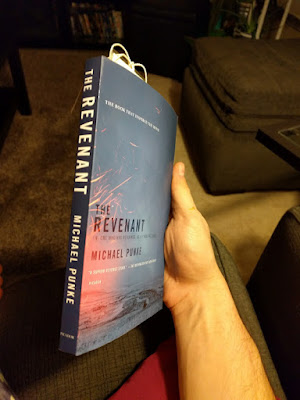 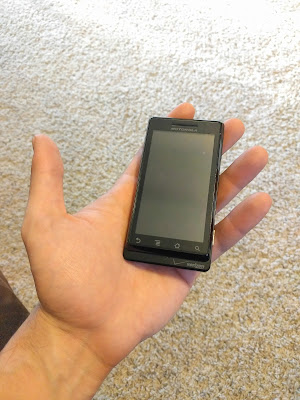 Trend screen time towards 1 hour/day
Pokemon Go really didn't help with this. Technically I have reduced my average daily screen time by about 20 minutes... but it's still north of 3 HOURS a day. That's embarrassing. Side note - the phone in the picture up there is my original Droid. Back in the day, that was considered a "big" phone. It looks like a toy. 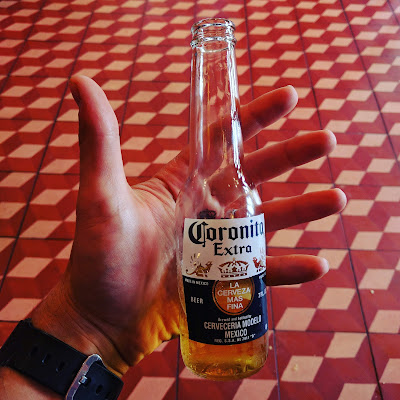 No Booze*, no soda, no energy drinks
This goal was set up with the idea that I would allow myself one day of drinking per month. That quickly became "one day of drinking each variety of banned drinks, which don't need to be consolidated to a single day". I honestly did a good job of that for several months. Then summer hit and the whole thing crashed and burned. I have a Red Bull sitting next to this laptop. There's probably a Nutcracker Ale in the forecast for tonight. I gave it a shot.

Top 5: Surprising Results for the Year
5. I came pretty close to getting most of my lifting goals. I considered them "aggressive" back when I established them. I didn't expect to come as close as I have.4. Melissa and I bought a house!3. I accomplished all those lifting goals IN that house!2. I did manage to average 3000 calories/day... but didn't really gain any appreciable weight. My actual average weight over the course of this year has been identical to that of 2015.1. I did genuinely make it like 4 or 5 months on the no booze, no soda thing.

Quote:
"You might enjoy knowing that tipsy Aaron sang 'Let it Go' out the window on the way home."
- Melissa -