Motto: I'm Here to Make a Bargain
I have had a lot on my mind lately. An almost inexplicably large amount for a person whose so far into the steady-state portion of his life. I'm grown up. I'm out of college. I have a job, a wife, a house. I could justifiably continue doing exactly what I'm doing right now for the next 35 years and nobody would bat an eye.

My dad is a the best dad. He's there when you need him. He knows how to do stuff, and knows how to show you. He's smart, but also wise. Other kids' dads may have taken them to soccer practice, my dad was the coach. Other kids may have watched their little league games, mine was the organizer, coach, and sometimes even the pitcher. My dad got married young, has stayed married for over 38 years, built a house, had three kids, raised all three of them to be successful adults, and did so without sacrificing character. When I was a kid, there was always a going to be a roof over my head and meat on the table. It's my ambition to be that kind of dad.

Dad taught me how to install a new outlet in my garage, helped me hang up this new light: 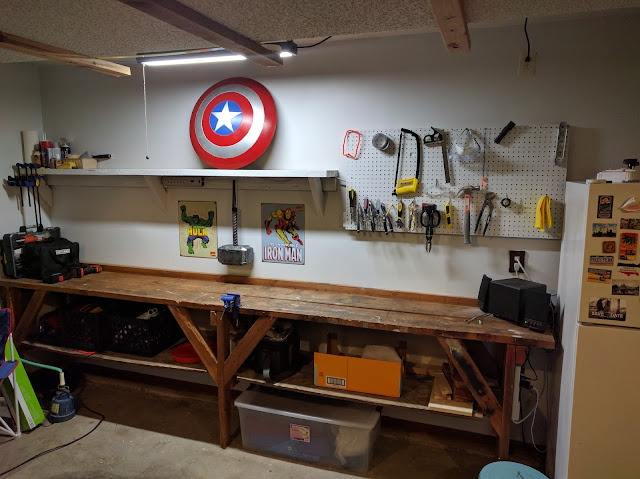 He also helped me pick out which tools to prioritize in my budding workshop... and dremel out ridges onto that Captain America shield. I take full credit for the leather backing - but that could also be why it wants to fall off... 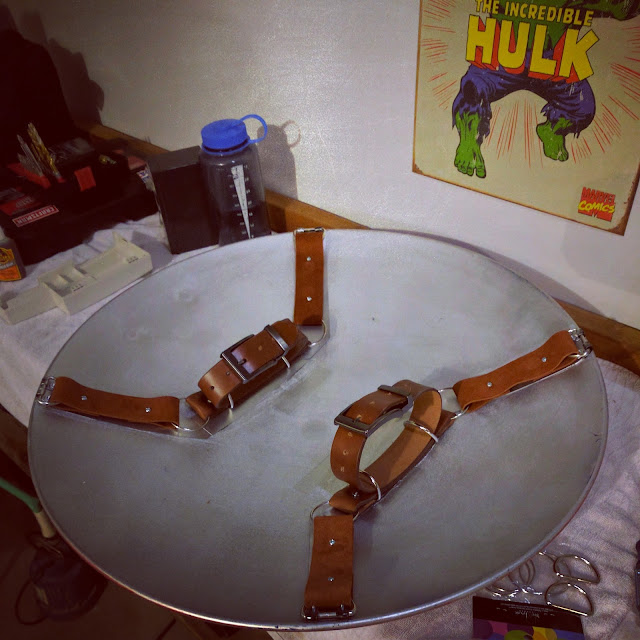 My mom was just as great - I just can't articulate it as easily due to my solitary X chromosome. I'm just not thinking about what it's going to be like to be a mother someday... so she doesn't get the shoutout she deserves.

I have been watching Black Mirror on Netflix. That show is the kind of show you watch slowly, with a fair amount of "sink in" and "come out of it" time between each episode. The episodes of the show that I've seen have been 50% great, but 100% incredible. Even the ones that aren't a wholly original concept... for example the opener of season 3 "Nosedive" is remarkably similar in concept to a Community episode featuring an app called MeowMeowBeenz.

Speaking of things I watched recently...

The DOCTOR is in... and he's STRANGE. Marvel's "Doctor Strange" came out this weekend. I caught it opening night. I really enjoyed the movie. It was not a let down, but was also not anything like the awesomeness that was Civil War. I reserve the right to withhold further criticisms/compliments about the movie until I watch it a second time. There is a LOT going on and I feel like I definitely missed a fair amount in my first go-round.

I bought a book. The Swoly Bible by Dom Mazzetti. It did this to me: