Melissa and I took a long vacation. For photos, see Facebook. If you don't know me well enough to see my Facebook, that's too bad. I'll include at least one photo on this Column, because that's what I do.

Google I/O happened while we were on vacation. Typically I watch it then gush on this blog about all the cool stuff. I didn't see it this year, though. I have very little to gush about. It's not so much that it's disappointing, it's more just that we've reached peak smartphone. These things we carry around with us reached the point of diminishing returns years ago. That's not meant to be depressing, it's just me saying that our smartphones have already reached their noob gainz.

There was one thing that I got pretty excited about: Google Home. Ever since the Amazon Echo came out, every podcast I listen to has gushed about it. They spoke highly of what it is and what it does that I looked at them pretty heavily. I ultimately didn't buy one, though, because I didn't want to start trying to buy into another new ecosystem. "If only it were integrated with my Google account." This will scratch that itch. I hope it's affordable.

Bo Burnham has a new comedy special on Netflix. I gave it a watch the other day and immediately cemented him at the top of my "best active comedians" list. Bo's routines are in league of their own. His show makes other comedians seem lazy, taking the easy path. I know that's not true and I know it's just different styles for different people... but I respect his style and the effort he puts in more than any other comedian. Pure talent... having said all that, I want to throw on a content advisory warning for anyone who's not heard his stuff and might care enough about my recommendation to check it out. It's definitely R rated comedy. The best R rated comedy there is, though. It's not lazy, relying on dirty jokes and phrases to get the humor across. It's just good, man.

Speaking of musicians & artists... I really suggest marrying one. It makes life better than it would be otherwise.

One last thing before I leave you with the picture to go out on - I've been doing before-work workouts. You'll read more about them soon, but I wanted to introduce the fact that I am, in fact, doing them (and not just writing about the benefits of hypothetically doing them).

The picture to go out on - my favorite selfie in recent memory: 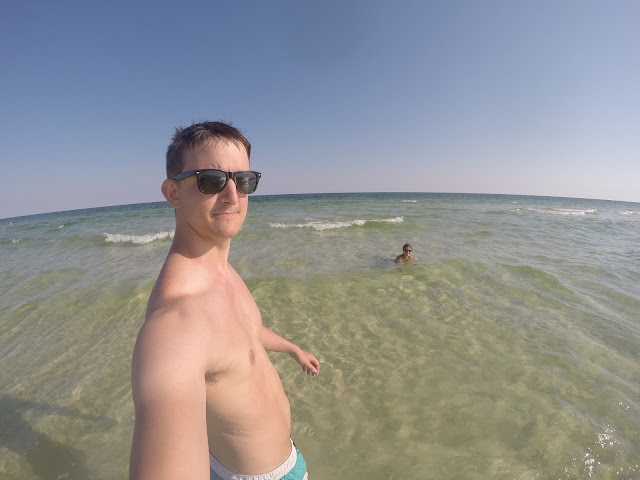 Top 5: Benefits of Before Work Workouts
5. Start work early, leave work early. That's the benefit of my job.4. It replaces an unhealthy morning routine I found myself stuck in for the past three months... and introduces a new nighttime routine that I always wanted.3. Working out more consistently and with more purpose has lead to strides in the weightroom that I've been wanting to make for a year.2. Working out in the morning introduces the possibility for twoadays. On an unrelated note, it means I'm no longer getting in my car and leaving my post-workout funk behind.1. Working out before work is a more efficient way to accomplish all the things that I have to do and that want to do. It cuts my thirty minute commute to a twenty minute one. It compresses my hour and fifteen minute workouts into a tight forty-five. Morning showers are no longer a stretched out period of lethargy somewhere between wakefulness and sleep. They become a quick transformation between someone who does work and someone who gets work done. It gets me from my bed to my car in two minutes instead of two hours. Yes, it took me two hours. I told you it was unhealthy.

Quote:
"It's like Breakout KC without the hope."
- Travis -