The motto is my Anglicised form of Erin Go Bragh. Which apparently truly Irish people don’t say, or at least don’t spell like that anyways.

Here’s the way the rest of this column is going to go down: I’m going to briefly recap my recent trip to KC Irishfest, move on into the greater sense of Irishness and take a brief look into my roots, then “the wait”, and end off with a random Top 5 about tech factionism, which is a word I made up for this post.

Melissa and I went to the tenth annual Irishfest in Kansas City this weekend. It was our second time attending the festival, the first time where we went there on purpose. During our 7 hours there we saw, amongst other things, Irish bands, dancers, comedians, and a 7 foot tall guy that I walked by in shame. On our way to buy tickets to get in, an old man handed us two tickets for free. My streak of good luck continues.

An interesting note, Melissa and I accidentally recreated a photo we took exactly 2 years ago:

Comparison notes: I got happier. Melissa and I both adopted one-strap bags. The fountains got lighter. The weight of heritage at Irishfest got me thinking about my own. I don’t know what exactly it is that makes up my lineage. I know there’s some Irish in there. The only thing I really have to go off of at the moment is my name:

I guess I serve people that like moving in only diagonal lines.

Interestingly, my idea for the tattoo I was considering (I’m not getting a tattoo, mom and dad, don’t worry) showed strong Celtic and Egyptian symbolism before I realized their significance in my name. It was something like the following: 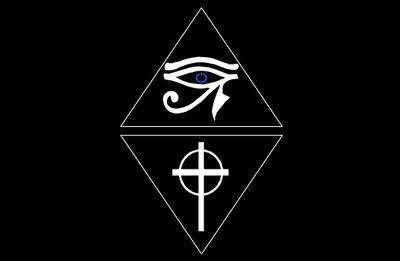 The tattoo idea that ended up just being a wallpaper for my phone for a few months.

I could do a Top 5 things I’m waiting for right now, but I already wrote my Top 5. So, instead, I’m waiting for a 64gb flash drive and official job offer to come in the mail, to move into my own place by myself for the first time, the new Armored Kill Battlefield 3 update to download, and, as always, the newest tech news (Motorola phone with no bezel, the iPhone 5, Windows and Windows Phone 8, and the once rumored fleet of Nexus devices, to name a few). This post was written to pass the time, hence it kind of sucks.

The following Top 5 is my recent thoughts about jumping into any one tech company’s pool fully. This means no mixing of the breeds. No iPhone with a Window’s computer, etc. Before we do that, I should remind everyone of my allegiance: 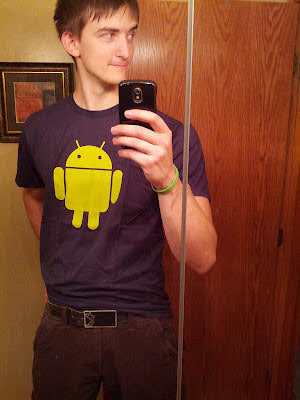 Top 5+1: Technological factions to get behind right now, and what that means for you both now and in the future, when your phone and computer are almost entirely inseparable (just IMHO)

Desktop PC you built from scratch running some Linux Distro + Probably WebOS Phone First off, I admire your spirit. Secondly, I feel kind of sorry for you.

Your IMB ThinkPad laptop from work + Whatever new Blackberry. You’ve already lost and will continue to lose. Even if Blackberry 10 is awesome, you’ll probably still lose.

Your <3 years old Macbook Pro + the newest or second newest iPhone + iCloud + optional iPad + Safari It’s now ironic that Apple’s slogan 15 years ago was “think different”, considering now its slogan would be more along the lines of “Join the Hivemind”. Going Apple is now so standard that hipsters are doing it ironically. Going Apple means your software and hardware will always be tightly integrated and you’ll never have compatibility issues within your own ecosystem… but that nicely formatted Microsoft Word document you just finished might look a bit funny on your professor/boss’s Windows unit. Going Apple is a solid choice if you are okay with being like everyone else (which, honestly, isn’t a bad thing! There’s a reason it’s so popular). Oh, and your hardware will always be more expensive than it really should be.

Windows 8 Desktop + Windows Phone 8 + @Outlook.com email address + Optional Surface Tablet + Internet Explorer 9 There was a time when going Microsoft was laughable notion… with the upcoming release of Windows Phone 8 and Windows 8, this is no longer the case. As far as I’m concerned, Microsoft is poised nicely to make a roaring comeback. Your new Windows 8 Phone should (in theory) integrate perfectly with your new Windows 8 Desktop or Laptop… think iPhone/Macbook level integration. Doing so, you’ll have some really nice things going for you. However, I just can’t shake the feeling that Microsoft is going to overextend some with what it’s going for, or they will miss the target wildly in some areas. If they can keep bloatware off systems and provide a truly compelling reason to go Windows, even I would consider it strongly.

Newest or 2nd newest generation Android Phone + @gmail.com email address + Chromebook + Optional Nexus Tablet + Chrome Browser The internet is your noble companion and just about your only option in some aspects. Actually going with a ChromeOS computer as your only option is really a bad idea if you ever want to do anything serious. Gmail and Android, however, will always be the shining beacons of giving the consumers exactly what they need cleanly and without a lot of extra crap. Android is now, and will likely continue to be, the best thing that exists. It’s just science.

Facebook on all the browsers at all times + potential “Facebook Phone” Your actions, friends, photos, location, and thoughts are all monitored, cataloged, and indexed. You really think that just because you have an idea, it belongs to you? If you elect to go the route of Facebook I don’t like you. Also, the “Facebook Phone” will never actually happen.

“I imagine sheep are a lot heavier when they are wet… Water doesn’t run off a sheep’s back like it does a duck’s back. Ducks probably couldn’t do it either, run off a wet sheep’s back. They’d probably get stuck there. Then what you’d end up with is sheep full of dead ducks.” Ardal O’Hanlon, the Irish comedian from Irishfest