I spent a couple of nights in Albuquerque earlier this week. It was my first time (in memory) down around that state. Technically, I think I saw a bit of New Mexico when my parents took us down to the Grand Canyon - but that was too long ago for me to remember much. Anyway, New Mexico was cool. The food was great. There were colorful signs everywhere. There were no clouds in the sky. There was no humidity in the air. The whole city ranged from really nice and fancy to really not those things.

I was there for business, but did get a chance to go The National Museum of Nuclear Science and History. It was super cool seeing all that stuff. Learning about the history of nuclear science, the race to the atomic bomb, the Manhattan project, WW2, the Cold War, and our more modern day stuff, was all extremely cool and interesting. Having said all that, I think the most interesting picture I took that day was this one: 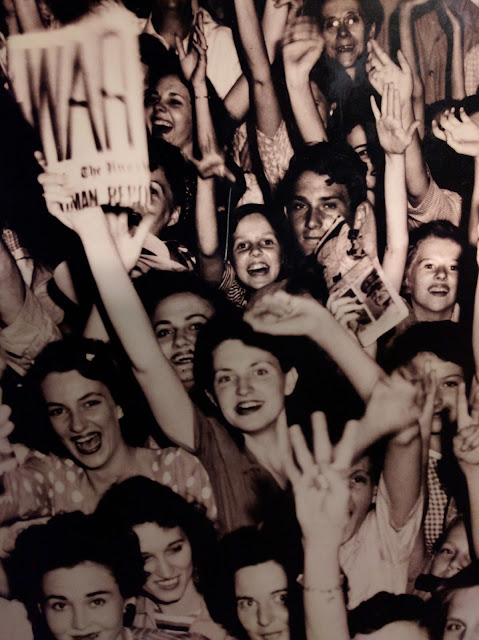 I'm fairly confident that I the young lady holding up that "war over" newspaper has got to be somewhere up (down?) my family tree. I recognized the similarity to my mom's side of the family immediately. My sisters did the same, although my parents took some convincing.

In other cool news - it's surprisingly nice out. I got to take out Krista's crazy awesome Christmas gift to Melissa and I and get some air time. Melissa learned to fly it, I learned how to fly it a little more confidently, and we got this cool photo: 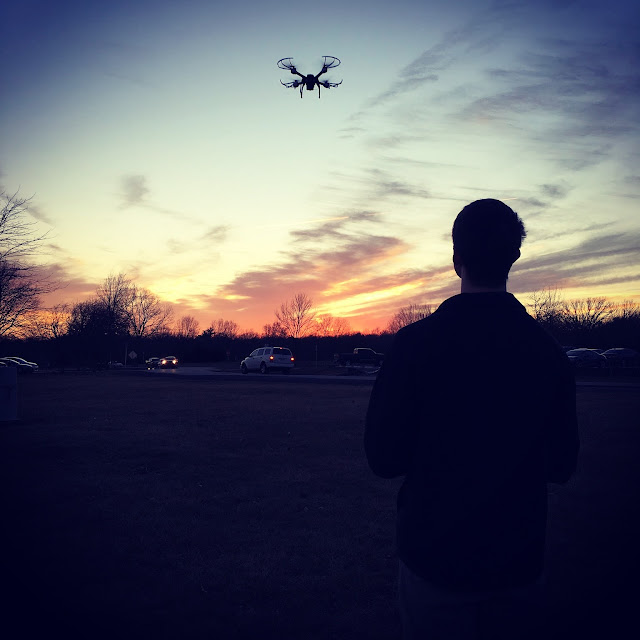 I'm watching Ant Man. It's great. I'm at the train scene, it's truly one of my favorite scenes from any movie ever. While this movie isn't perfect (all movies have their flaws), it's extremely entertaining.

Also, initial reactions to Marvel's Captain America: Civil War are in, and they are overwhelmingly positive, which makes me overwhelmingly excited.
Uh, well, uh, OK. Anyway I, I know it's kinda been a roundabout way of saying it
But I guess the whole point I'm tryin' to make here is:
I.
HATE.
SAUERKRAUT.

Quote:
"I thought to myself 'this is probably a bad idea', and the universe immediately said 'yeah, you're right'."
- Chuck -