I had a week vacation. Although I went into the week with some loosely-defined goals & objectives, when it came time to put the wheels on the pavement my body, brain, and soul told me no. Full stop.

I stopped writing. I stopped tracking life metrics. I stopped basically everything (other than filming a second-a-day, but that hardly counts). I played videogames, watched TV, and even read some. I worked out at a retail gym with a buddy. I helped Melissa with schoolwork from time to time. Mostly though, I just took it easy. That's what I realized I needed. I'm glad I did what I did with that time.

Things are going to be different now that my vacation is over. I'm going to have a lot less time to do the things I do... and I do a lot of "me" things (see the Top 5). I think that I probably won't be able to sustain all of those activities going into the future. I don't know which of them I'll end up nixing, but I'm about 90% confident that at least one of them is going to go shortly.

There is a whole host of things I have wanted to write about in the past three weeks where I haven't written. Here are miniature versions of those things:

Raspberry Pis are cool. Evidence:
Marvel's Jessica Jones was great. I binged on the whole thing in two sessions, essentially. I really enjoyed how distinct the show felt from the other Marvel properties. It was similarly different, like the other Marvel Netflix show.

I bought Fallout 4 and it is ridiculous. It's an open-world post-apocalyptic shooter set in Boston, in the future of an alternate timeline. The game is so dense. You cannot run through it. It's impossible. Trying to sprint through the game is like trying to swim in syrup. It takes a lot longer than you'd expect, and is really sweet. It was probably 70% of the reason my vacation turned into "Vacation: Full Stop".

Lifting weights at Gold's Gym was interesting. It was really clean, not at all crowded, and overall really nice. If it were a little cheaper, I'd consider signing up for a membership. The coolest part of the whole thing, though was working out with my friend. Doing his workout was refreshing... and effective. I might still be a little sore from a week ago.

My two basketball leagues came to a close last week. We got 3rd in one, 4th in the other. I'm in fairly good spirits about the performance of both our teams. We won pretty much every game we should have won. We got better throughout the season(s). I got better. Overall, pretty solid.

XKCD creator and author Randal Munroe's new book came out. It's a bunch of blueprints for complicated things, explained using only the 1000 most commonly-used words in the English language. Like this! It inspired me to write this Column a while back. It's very entertaining and worth a read (the book, but hopefully also that Column, too).

YES.
Melissa and I ran a 5K around the WW2 memorial in Kansas City. It was cool. We managed to actually run the whole time, too. That wasn't something either of us anticipated. After we finished, we went back down to the start of the race to take some pictures - because it was a beautiful site... and I just happen to have a phone with a decent camera for the first time. I took a picture! 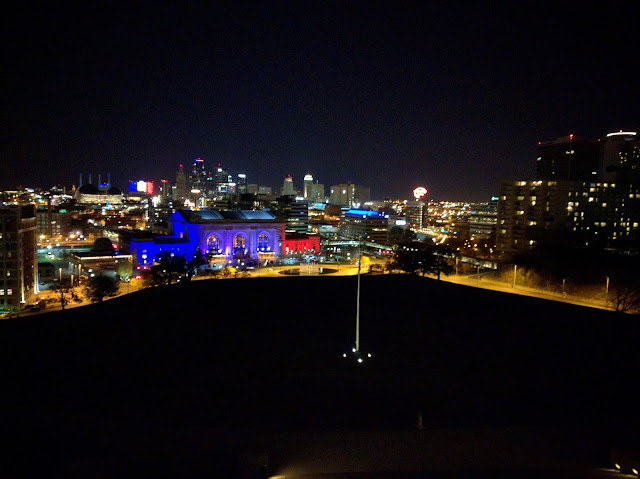 That picture isn't a good representation of the view, or what my camera is capable of... but it will do.

I went to a discussion featuring The Woz. That was cool. It wasn't really aimed at me, but still, cool.

The University of Kansas demoed McCollum Hall - where I lived for 3 years, met my wife, worked for 2 years, had engagement photos taken, met some of my very best friends, and generally had a great time. I wasn't able to attend the demolition, which is maybe a good thing. The people in the video cheered - I felt a little more like crying. I guess it being gone doesn't change what it was to me. It was KU. It was home. It was a part of my life. 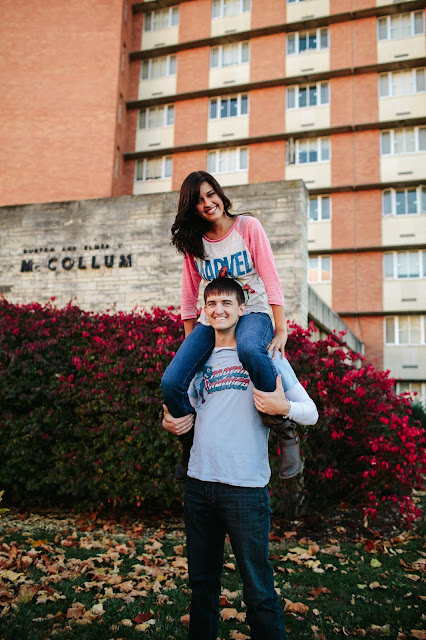 Lawrence is sure going to be a different place now.