Motto: GET ON MY LEVEL

The initial reviews for the Nexus 6P are coming back. I'm buying into the #HYPE. Initial. Reviews. Are. All. Positive. Seriously. I am excited for this phone in a way I haven't been since the Galaxy Nexus four years ago... it looks to be a phenomenal showing for Android - a true flagship to stand opposite the iPhone. My Nexus 6P and my wife's iPhone 6S Plus are a perfectly matched duo - I like that. It's a nice symmetry for the life of our tech.


I'm not the world's biggest Star Wars fan. Not that I'm not a fan - I actually quite like Star Wars... it's just that I've only ever seen the original trilogy once for certain - and that was about a month ago. I'd seen parts and pieces of it in the past, but I hadn't "officially" watched them all the way through, in order. Thus I cannot properly say that I have the same level of #HYPE as other, better fans... but I'm still quite excited.

I CAN say that I am probably the biggest Marvel Cinematic Universe fan that I know. When Age of Ultron came out on bluray I started a massive re-watch of the series. Thank you to my wife, who's put up with me watching Marvel movies every other night for the past couple weeks. I'll complete the re-watch probably by week's end. Then I'll pick up Ant-Man for the holidays, re-watch it by itself... then bunker up and wait for Captain America: Civil War in May. I'm not sure I'll be able to handle the #HYPE.

I'm excited about work things, but I make it a policy not to talk about work things online. It's partially why I am not active on LinkedIn. Another reason I'm not active on LinkedIn is because their service spammed my email with dozens of emails a week until I got around to unsubscribing from the feeds they thought should be defaults for some reason. Regardless, #HYPE.

Fantasy Football is a wonderful way to socialize. Also, it's a wonderful way to learn about football if you otherwise wouldn't care about the sport... or so I'm told by a friend that applies to who is definitely not me. No hype here. Just a footnote.

Here's the picture to go out on - my father-in-law flying in to see us: 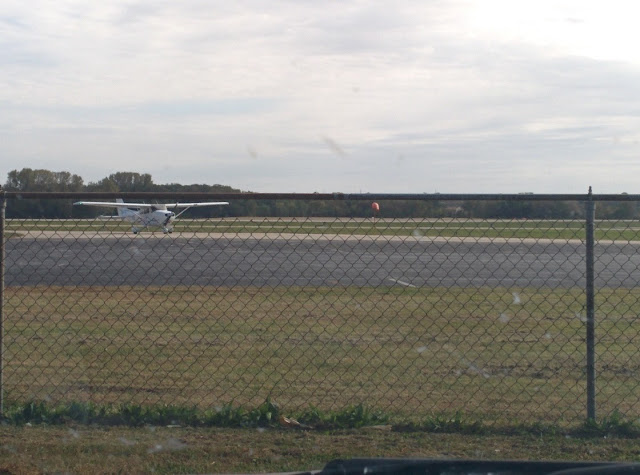 Top 5: Things I'm Less #HYPEd about
5. It's election season... sorta. All I'll hear about for the next however many months is politics.4. If not politics - I'll hear holiday-related music. I look forward to some parts of the holidays, but the constant renditions of "Oh Silent Night" grow tiresome.3. Winter is coming. It's gunna be cold out again.2. It's flu season.1. I'm writing this at the DMV. I took a day of vacation to come sit in a chair at the DMV. At least they have table for my Chromebook.