Motto: I am a very lucky man

It’s been basically a week since the last time I updated. This would normally mean I was a little busy, I had to work, I was away from the computer, or I just wasn’t feeling particularly inspired. This time, though, it meant that I was just having an awesome week and I didn’t want to remove myself from the moment at any point in time during said week. Let me consult my 5 year journal to see what happened this week.

There have been 4 major events worth writing about since my last update.

First, I spent time with friends. Saw Jon in Emporia. We shopped around and hung out at his new place. Saw my ex-residents in Lawrence. We watched movies and caught up. Also successfully made a taser out of a disposable camera without injuring anyone.

Second, I spent time with friends. Went to Kansas City with Melissa to a housewarming party of my former senior design partners/best friends from school. After the party we all slept in the common room of their apartment. There was 2 bodies per square meter, by my estimation. Some people slept in a closet, too. The next day, Melissa, Danielle, Lizzy and I went to the Google Fiber Space in Kansas City. Basically it’s a satellite building of Google’s main headquarters located in KC with one directive. The four of us were giddy like school girls the whole time we were in there - the three engineers in particular. There were fiber connected HDTVs and tablets and chromebooks EVERYWHERE. It was great. I connected to their Google Fiber Wifi Network and went to Google.com. Basically it was Google sending me itself. It was all very surreal. Some pictures follow.

Panorama of the space. 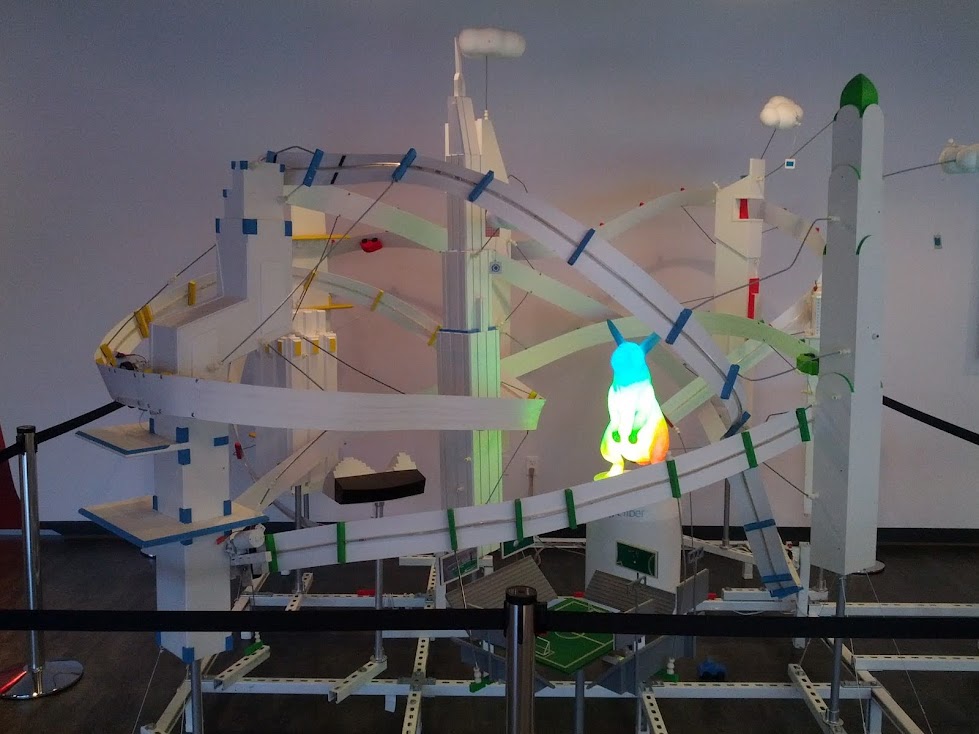 This contraption was fun to look at, even if the cars on the tract went disappointingly slow. 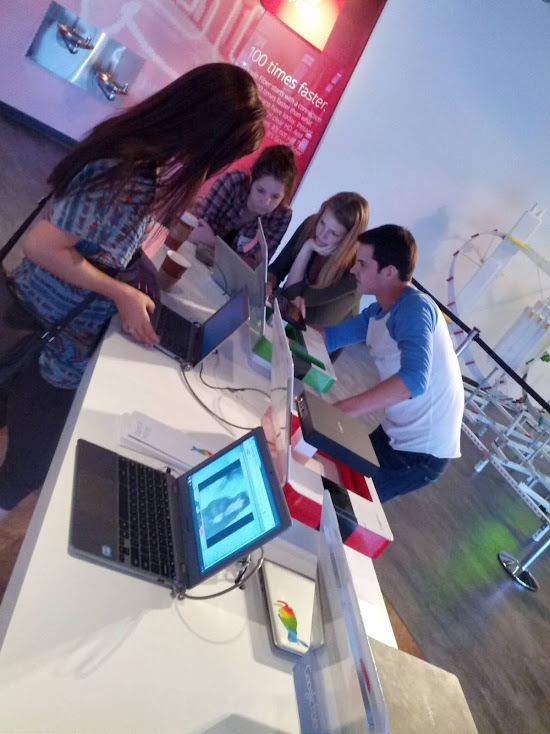 Computer action shot of all three girls. Third, Melissa and I got to go on a couple proper fancy(ish) dates. We ate like royalty. We shopped in KC. We watched a couple movies. We talked. We had a good time. The kind of time you want to have always.

Fourth, randomly, and perhaps the nerdiest of all, I WAS THE TOP POST ON REDDIT. Not just the top post on some small sub… the TOP POST on the FRONTPAGE of ALL of Reddit. I think that properly made me king of the internet for that brief 5 hour window. The thing that got me on there was so incredibly dumb that I’m almost ashamed. I guess I will live with that shame and just post it here, too. The following image has been viewed, as of this writing, over 912,000 times:

Nine Hundred and Twelve THOUSAND. When it hits a million I’m celebrating.

Last order of business, I am going to California TOMORROW for a WEEK. I am, amongst other things, seeing Sally, seeing my cousin Sharon, seeing the coast and beach, going to a improv show, taking a tour of the Family Guy studio from someone who works there, hiking to the Hollywood sign, watching a movie on a huge screen, touring CBS studios, eating fancy, and going to THE GOOGLEPLEX.

I’m going to put in an application as a janitor. I’d take a job as a janitor at Google over electrical engineering anywhere else. Just saying.

I’ve look back on my life and I realized one thing above all others: I am a very lucky man.

Likely, my next update will happen in a week. It will probably be long and photo-dense. Even more so than this one.

“Internet karma is a worthless commodity” Matt Lee, he said this mere days before I received several thousand karma points on the internet

“You can’t call 16 hours a fast anyway. If I have done it accidentally, it’s not a fast” Josh Weltha, about the LeanGains diet criterion