I am watching Captain America: The First Avenger. I have made a playlist on my Plex server of all of the Marvel Cinematic Universe in the order in which they took place within their universe. This is the first of them. Age of Ultron comes out on bluray in a week. I am going to rewatch the entire MCU, ending with Age of Ultron after I get that.

Captain America: Civil War premiers in 222 days. There's 4500 minutes worth of Marvel Content out right now. That's only one minute of Marvel content every 1 1/4 hours. Agents of S.H.I.E.L.D. season 3, Agent Carter season 2, and at least one new Netflix series will take place between now and then. I'M GOING TO WATCH IT ALL.

I didn't actually want to write about the Life Tracker - but when I realized I was writing about tech stuff and Marvel stuff, I thought adding this paragraph would be funny:

I was forced to rewrite a portion of the Life Tracker when my weather API provider decided to close down their service for users of their free tier. Thankfully, my 2nd rewrite of the Life Tracker was written with each of its functional piece parts nicely separated. All I had to do to fix it was find another free weather history API provider (the hard part) and change my API handler (the easy part). Whole thing took less than an afternoon to successfully implement.

As promised - here's some tech stuff: 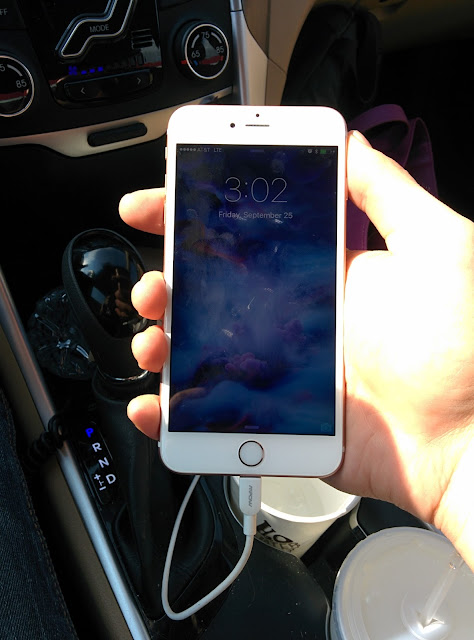 That's Melissa's new phone. It's a 64 GB, Rose Gold iPhone 6S Plus. It's ginormous... and awesome. I was hard on the Nexus 6 last year, partially for its size... but now I think I'd like something a little bigger than what I've got. Luckily this Tuesday is Google Nexus event. Soon I'll have the opportunity to get something a little bigger - and I'm looking forward to it now more than ever. More on that next time.

Captain America is the best, by the way. He's a great superhero. This movie is great.

Top 5: Things I Do That Make Me Say "WHY DON'T I DO THIS MORE OFTEN"
5. HIIT - or really any sustained max-effort exercise4. Getting way ahead on administrative stuff - cleaning, organizing, and preparing everything3. Shopping at Costco2. Using my GoPros, for anything1. Seeing friends & family and doing things