Motto: The Theme is "Worlds"... which Passes as a Theme I Suppose
The past 4 days have been awesome. Here's why, with pictures & captions! 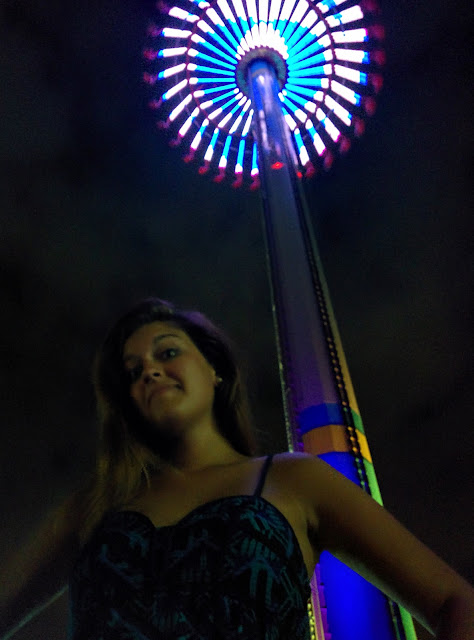 Melissa and I went to Worlds/Oceans of Fun - the local theme park. Traditionally, I don't like theme parks (see the Top 5 for more) but I had a really great night. I even rode this big torturous monstrosity in the picture above. 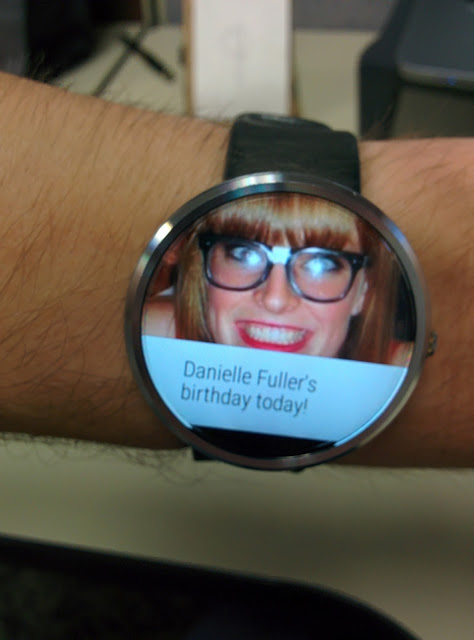 It wasn't just Melissa and I at the park. We were there for Danielle's birthday - with friends! It was good getting to spend time with folks. That's something I've resolved to do more of lately. This notification on my watch was almost as scary as Steel Hawk. 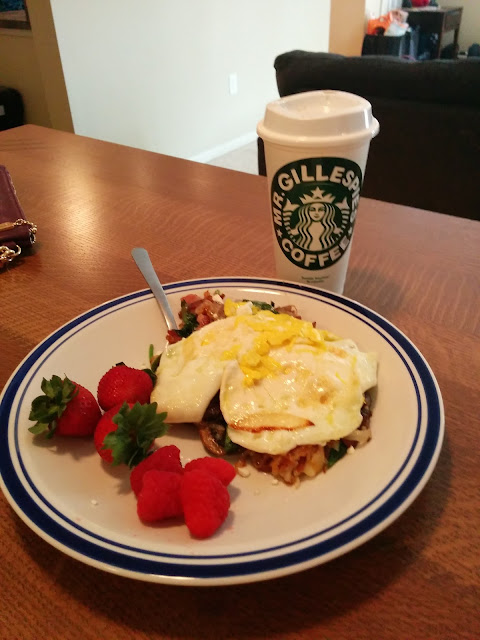 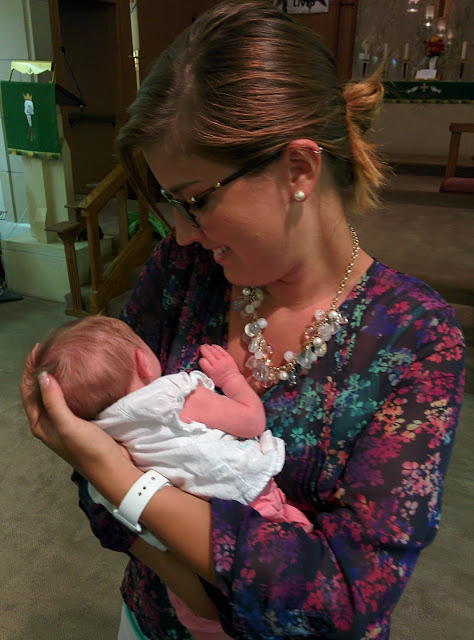 We went and watched my newest niece Kate's baptism. Melissa and Kate hadn't met before. Melissa said hi, Kate didn't say much back. I'll try not to hold that against her. 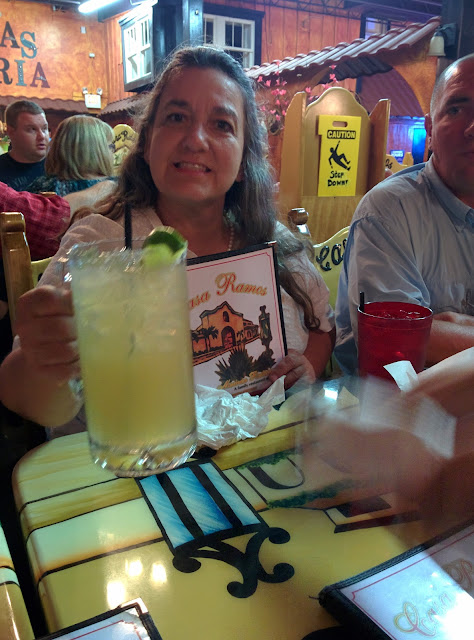 Afterwards the family went out to get some Mexican food & margaritas. I don't see Aunt Net enough. 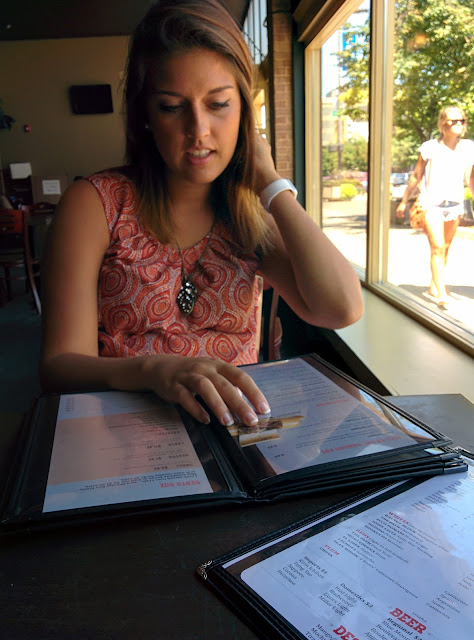 Melissa is going back to the KU to get her Masters in Music Therapy. I rode along to hang out and see the old sites. Our first stop was Melissa's favorite Lawrence dining joint.

The Engineering complex is seriously twice the size it was 3 years ago. The dorms are totally different, too. There's two new ones. They look great. They make a really cool courtyard area that I'm extremely jealous of. I didn't know what nostalgia meant until I made this trip. It was mind-blowing. 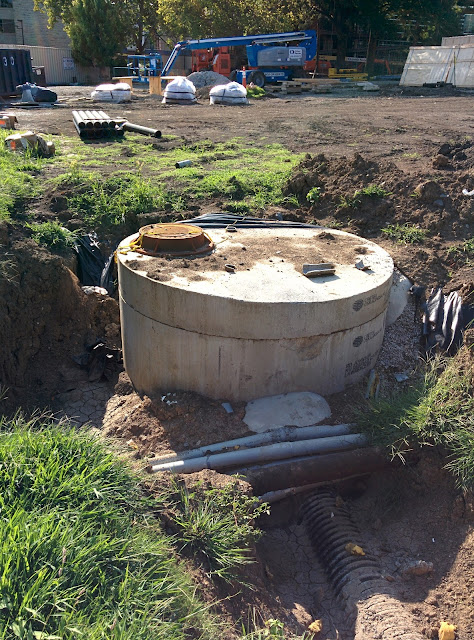 Oh also I think I found the Hatch from LOST. 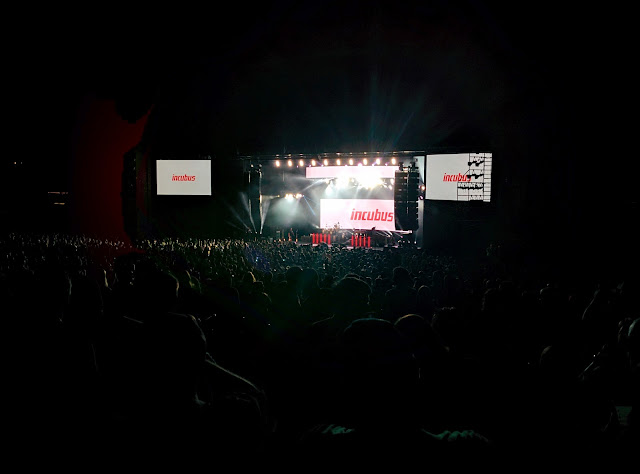 After her meeting in Lawrence we had to run back toward Kansas City to go to the Starlight Theater and watch Incubus - whom Melissa introduced me to at KU in those dorms I was nostalgic about. The concert was great. 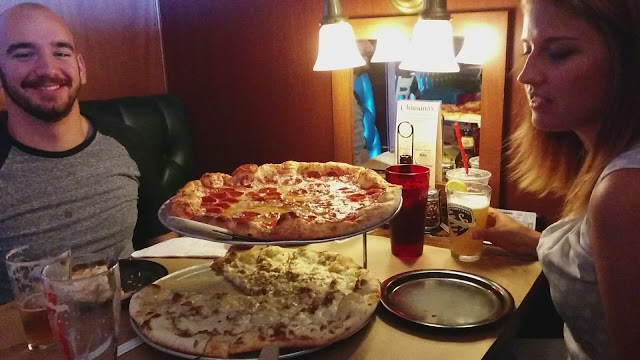 Jonboy came up to Kansas City today. We three had a celebration of our respective accomplishments: Jon with his new job, Melissa with her first day of Graduate School classes & GTAing, and me with my recent re-org at work. 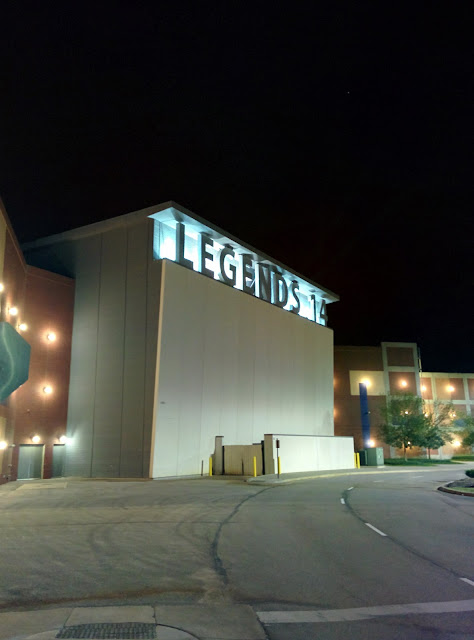 Melissa ran home to do homework, but Jon and I decided to hang out for a while longer at the Legends. We are both big fans of the Hitman videogame franchise, so we decided to go watch the newest adaptation of that franchise to the big screen: Agent 47. We went into the movie knowing that it was rated at a glorious 7% on Rotten Tomatoes. It deserves that rating... but we still had a really good time. I took this picture, because no part of the movie was worth representing in photos.
Top 5: Reasons I Don't Like Theme Parks
5. They are expensive. "Step right up and pay me $5 to throw a ball at some cans!"4. They are crowded. Crowds stress me out.3. Paying money for the explicit purpose of "having fun" puts pressure on you to have fun. It is probably a personal failing, but I have a hard time making the transition between "I'm supposed to be having fun" and actually having fun.2. Rides are, for the most part, terrifying, horrible torture devices that petrify me while I'm on them and/or leave me feeling like absolute garbage afterwards.1. I'm a curmudgeon/old man who yells at kids from the chair on his porch.
Quote:
"I need ChapStick. My lips are chapped from scoffing so much at that movie."
- Jon -