The first segment of this column was written 4 days ago. Until further notice this is effectively an old post within a new post.

Remember that desk I was talking about during my last column? Check this out. 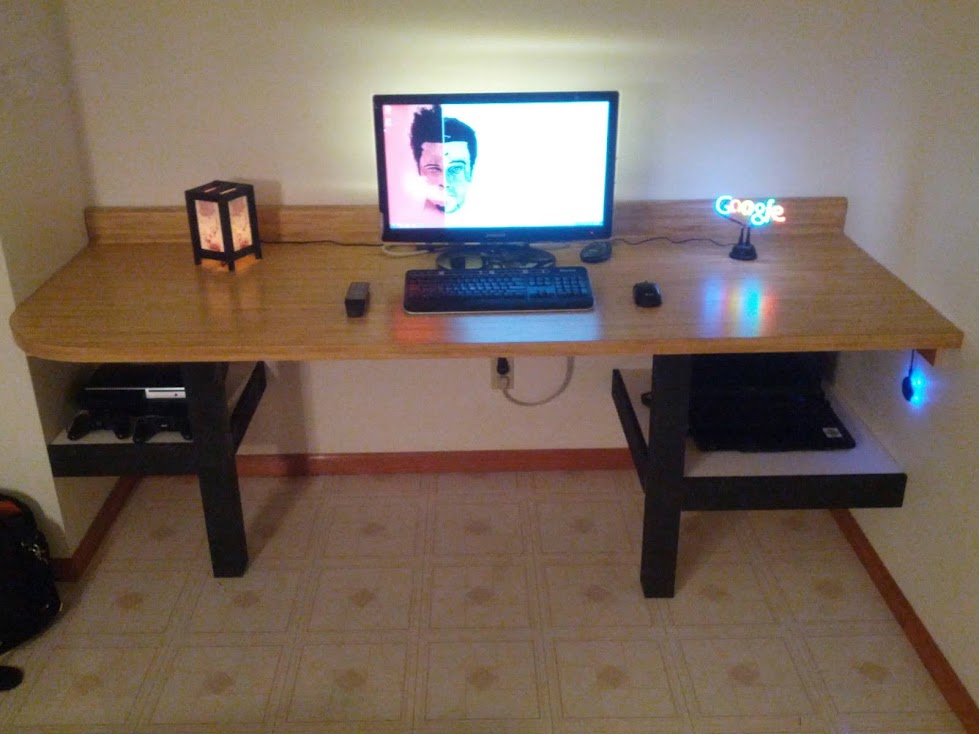 You know it looks good. The cables behind the monitor are there only for the three lamps. The middle lamp is a strip light behind the monitor. Got it at Ikea. Produces a nice effect. I have a power strip back there that only the lamps are plugged into. I leave them on all the time, just turn off the strip when I’m not around. That way, one switch hits three lamps. Pretty smart? You know it is.

Actually that’s so good, let’s have another look at it. 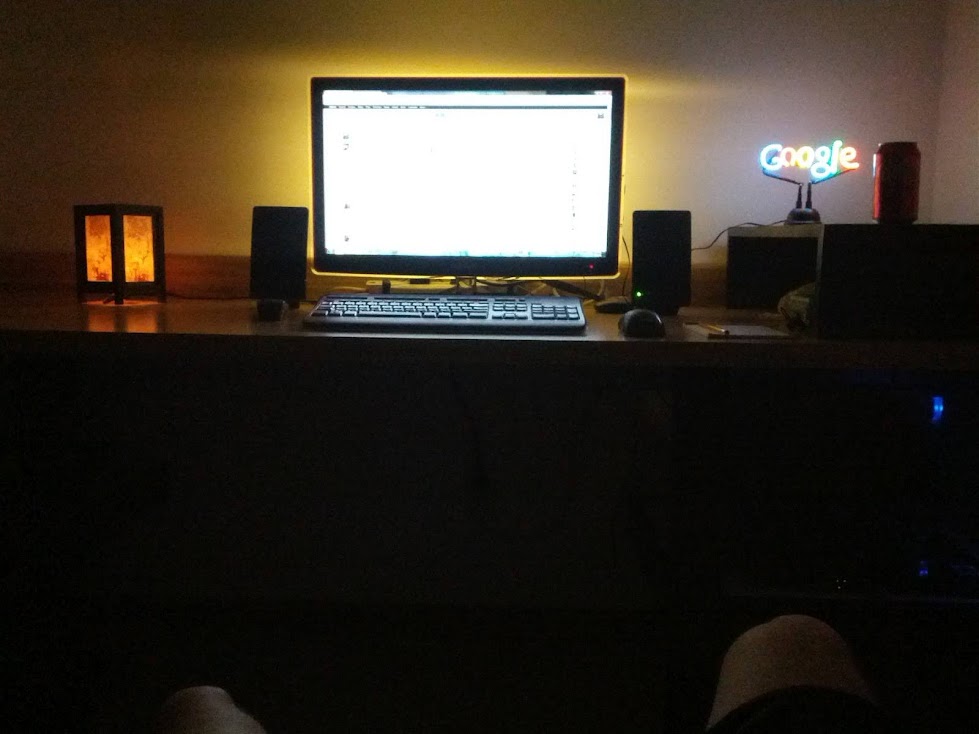 Alright alright, enough about the desk.

Consider this further notice. We are officially back to me writing about the present day (although that desk thing is still pretty new and quite spiffy).

About the new arrangements; they are nice. They are very nice. I’m angry about how nice they are. I want to live there. I asked how much it would be to kick out all four girls living there and just live there myself. I got no response.

Really though, for a college house, it’s entirely ritzy. For a regular house, actually, it’s still pretty darned nice! I look forward to spending some time there.

I was going to put a picture of her and I from the last twopointfive days right here, but apparently we have no pictures from this period together. All other pictures were taken in someone else’s house, hence I don’t feel like it’s my place to put them on the general internet. So you’ll just have to make do with this drawing I just did in paint: 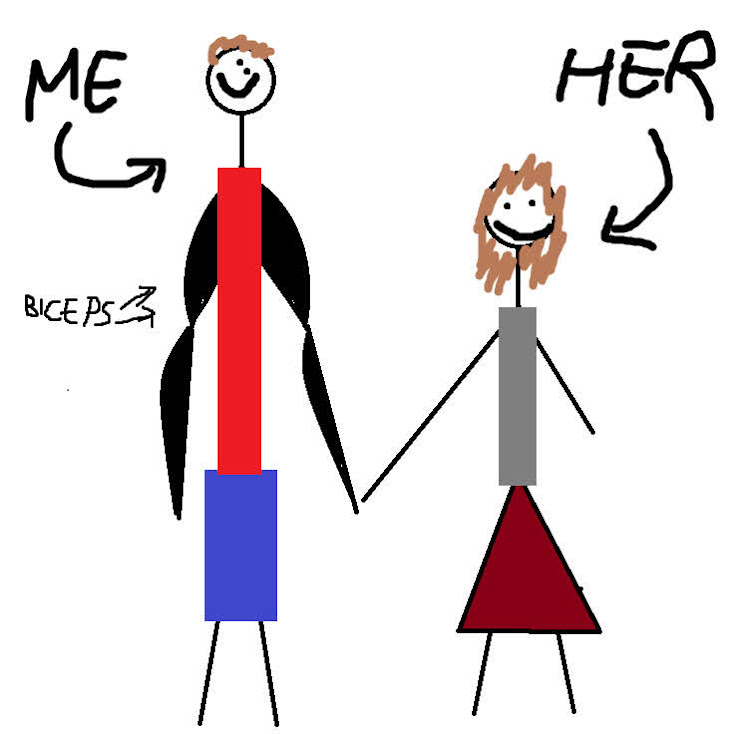 12 days into my “film every day of a year” project. I’m still going strong. Same with the journal. I am going to follow through on these things. You’ll see.

Top 5: Things I expect my first real place to have