Motto: Have you had enough, or are you thirsty for more?
It's been a couple of weeks, hasn't it? There's probably some good reasons for that: 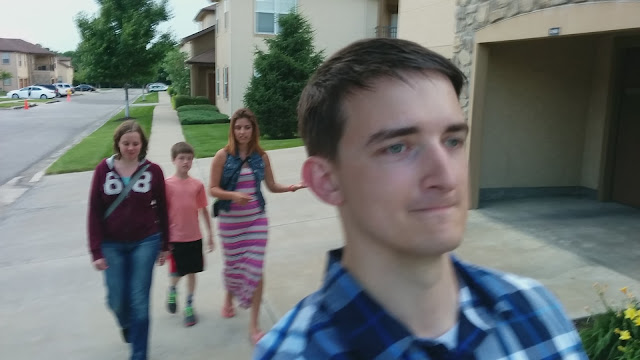 Melissa and I hosting Johanna for a couple of days. 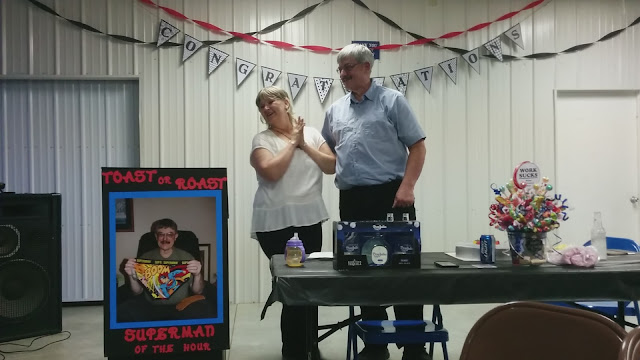 The surprise party for my dad's retirement. 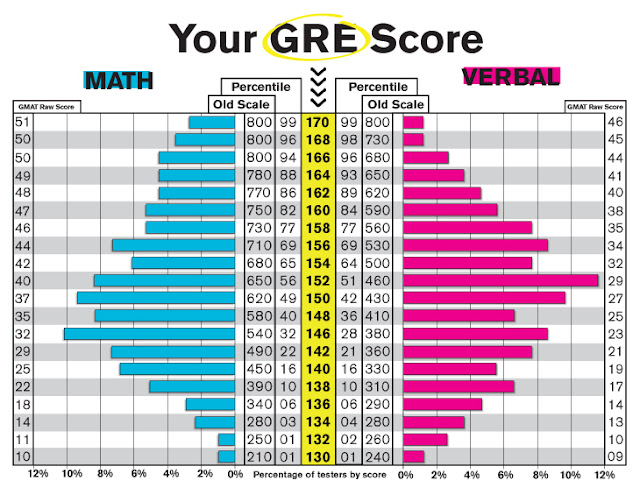 Me studying for & taking the GRE.

Melissa and I spending lots of time at the pool.

All of those are contributing factors to the lack of updates; but I think the biggest thing that's affecting* my usual "Aaron projects" is the learning I'm doing on Udacity. It's made me realize that my projects could all be done in better ways. This makes me want to redo the projects again. Knowing that I'll redo them makes me less compelled to continue the effort of regular maintenance. Why write a lot if I anticipate changing the Blog over to my own website? Why do the Life Tracker if its format will soon change drastically? It's a stupid, artificial change that has had a measurable impact on my rate of productivity... and that's an effect* I was not expecting.

*After 10+ minutes of Googling & reading, I'm 90% sure I used the right form of affect/effect in these two spots.

The term "First World Problems" gained popularity around 4 years ago. It is typically used to denote trivial issues that really only effect privileged people (e.g. "My book ran out of batteries"). Today I thought about another, more real but less trivial issue that effects only those with with good means: destructive consumerism.

I don't want to get super serious on this topic. The Column is not a place where I like to dump serious stuff. It strikes me, though, that the majority of the non-poor will never fully take advantage of the opportunities that are already available to them. When you get something new it comes with a certain novelty. After a bit, the novelty wears off. Once you've used up a certain percentage of the "goodness" that you can wring out of whatever toy you got, you just move onto the next one. You never really explore EVERY possibility because you didn't have to. I was seriously looking at an Android TV device the other day. A toy which accomplishes so little beyond what my current stuff already does, that you'd have to include tons of qualifiers like "slightly" or "technically" while listing them out. My Playstation is capable of doing so much more than I use it for. The Chromecast & my computer are capable of ridiculously cool things that I haven't been forced to explore. There is a bookshelf full of books next to our couch. I've read exactly 2 of them. I probably should, but I don't.

Ostensibly, you already own everything you truly NEED to own.

Speaking of First World Problems - plugging USB ports in the wrong way is a classic. Soon, that will be a thing of the past. USB-C is coming and it's going to be great.
Top 5: Reasons I'm Looking Forward to the Coming USB-C Standard
5. It will replace USB, HDMI, DisplayPort, VGA, Firewire, Thunderbolt, Ethernet, and power cables.
4. It will replace your phone, tablet, laptop, and monitor's various cables.
3. When you have a single connector/cable to handle all of the above, your Laptop can suddenly have 4 USB ports instead of 2 USB ports, an HDMI port, and a port for power. The 2 USB-C cables in your bag can plug your laptop into the wall & your phone into your laptop. Or your phone into the wall & your laptop into a external monitor. Or your phone to an external hard drive and your laptop into your external battery pack.
2. The connector is completely reversible. You'll no longer plug things in the wrong way - or grab the wrong end of the cable. No matter how you grab it, it will work.
1. It's simple. It's clean. It will make the idea of using different cable standards for different things seem archaic in as few as 5 years. Kids won't understand that we used to have to care about WHICH cable we got. To them, plugging stuff in will be as simple as putting one of the wires from the drawer between the two things. That's it.
Quote: “My knees and lower back would have fragmented and exploded and killed everybody in the room, and I would have to learn to walk on my hands." - Josh, positing what would happen if he squatted what Jon squats -