Motto: Zen Mode Engage
I have decided to learn more about computer science. I've done some "coding" for several years, but it's pretty much always been using the same language, using the same environment, using mostly the same functions for mostly the same type of problem. As a starting point, I've decided to take the Udacity courses that lead to their "Front-End Web Developer" nanodegree (note: I'm just auditing the courses, not getting a nanodegree). I've never really touched HTML or CSS. I only "sorta" know how webservers and websites actually work. I want to expand that knowledge and learn to build cool stuff.

If the Front-End Web Developer courses are fun, I'll move on to the Full-Stack Web Developer courses. If those are fun, I'll do the Data Analyst courses. My surface-level goals are to learn how to create a website, possibly move this blog over to my own domain, and possibly create a "Life Tracker 3.0" using my own backend & data management. My ACTUAL goal is to decide if I am at all interested in potentially taking my career in a tangential path.

The stable version of Chrome OS just upgraded to version 42.0. This effects literally nobody I know other than myself, but I want to say it's really nice. I like the design direction.

I bought a bike. 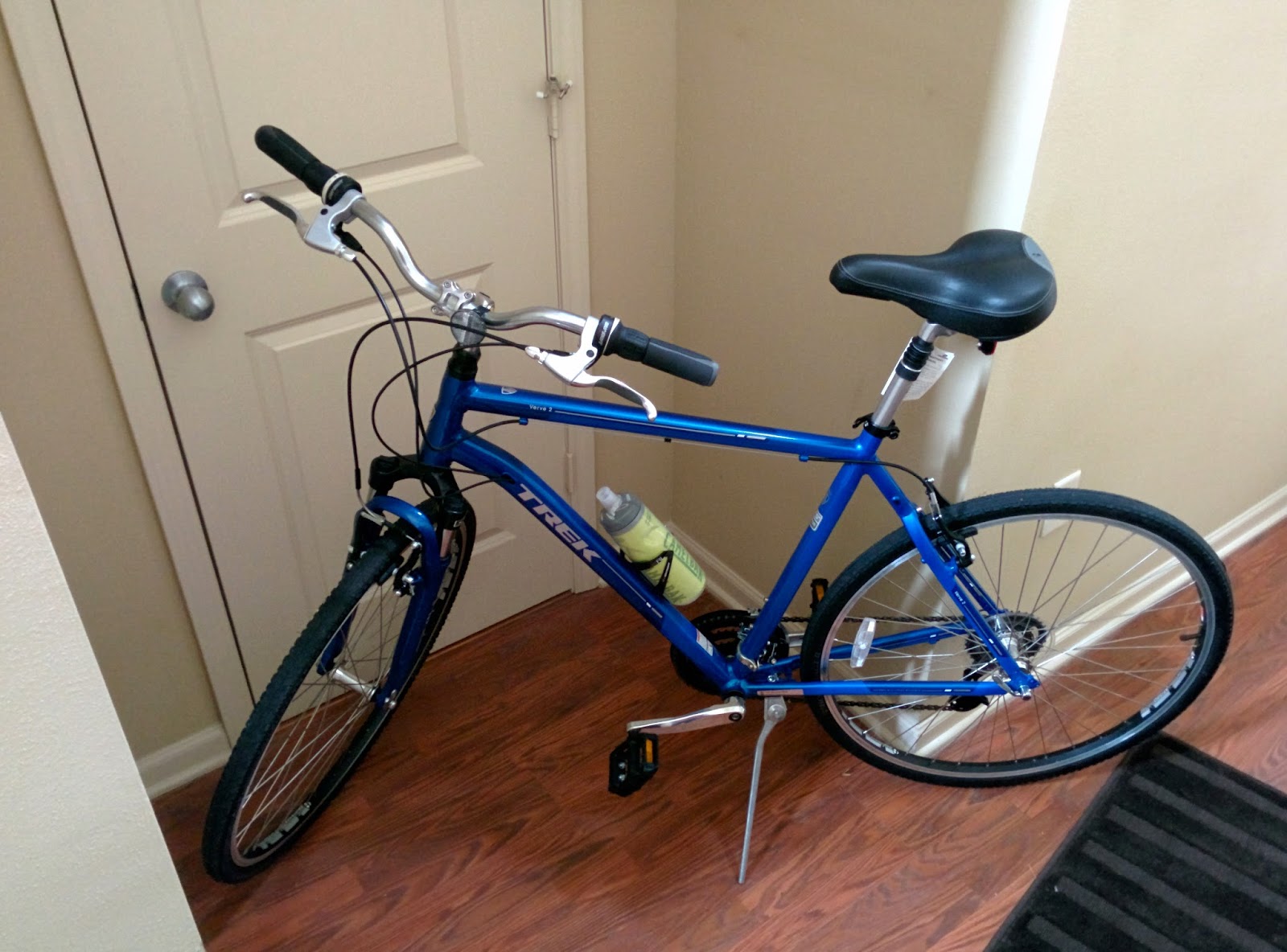 It's nothing fancy, but it's sized somewhat appropriately for me. It's crazy what a difference that makes in terms of ride comfort. I"m pretty happy about it. Naturally, it's raining outside all weekend.

Quote: “Making references to Monty Python skits in documentation is not only allowed, it is encouraged!”
- The Python Coding Language Documentation -