Motto: Right about now, the funk's your brother.
Several years ago I was asked the question "What would you do if you were given a year to do anything you wanted and you didn't have to worry about money?" Before I go on, I want to comment that doing that a wonderful thought exercise and I highly suggest you answer that question for yourself. MY answer was something along the lines of "split that year up into six 2-month sections, spend each of those 2 months operating in an entirely different mode. Live in different parts of the country/world, work different jobs, take up different hobbies. I was and still am satisfied with this answer. I bring up this thought experiment I did because it just occurred to me that my 30 Day Challenges are like miniature versions of that same idea. Every month I'm intentionally exploring new habits and, to a lesser extent, new places. Making that connection was a bit of "aha!" moment. I thought that was cool. Speaking of new places... Melissa and I moved. We elected to continue renting for the duration of Melissa's stent in grad school. We aren't 100% sure where we want to be after she graduates, and I've always heard it's cheaper to something for a few years than it is to buy and sell. There were more factors that went into our decision, but that was the biggest. Another large factor was how much we liked the place we found: 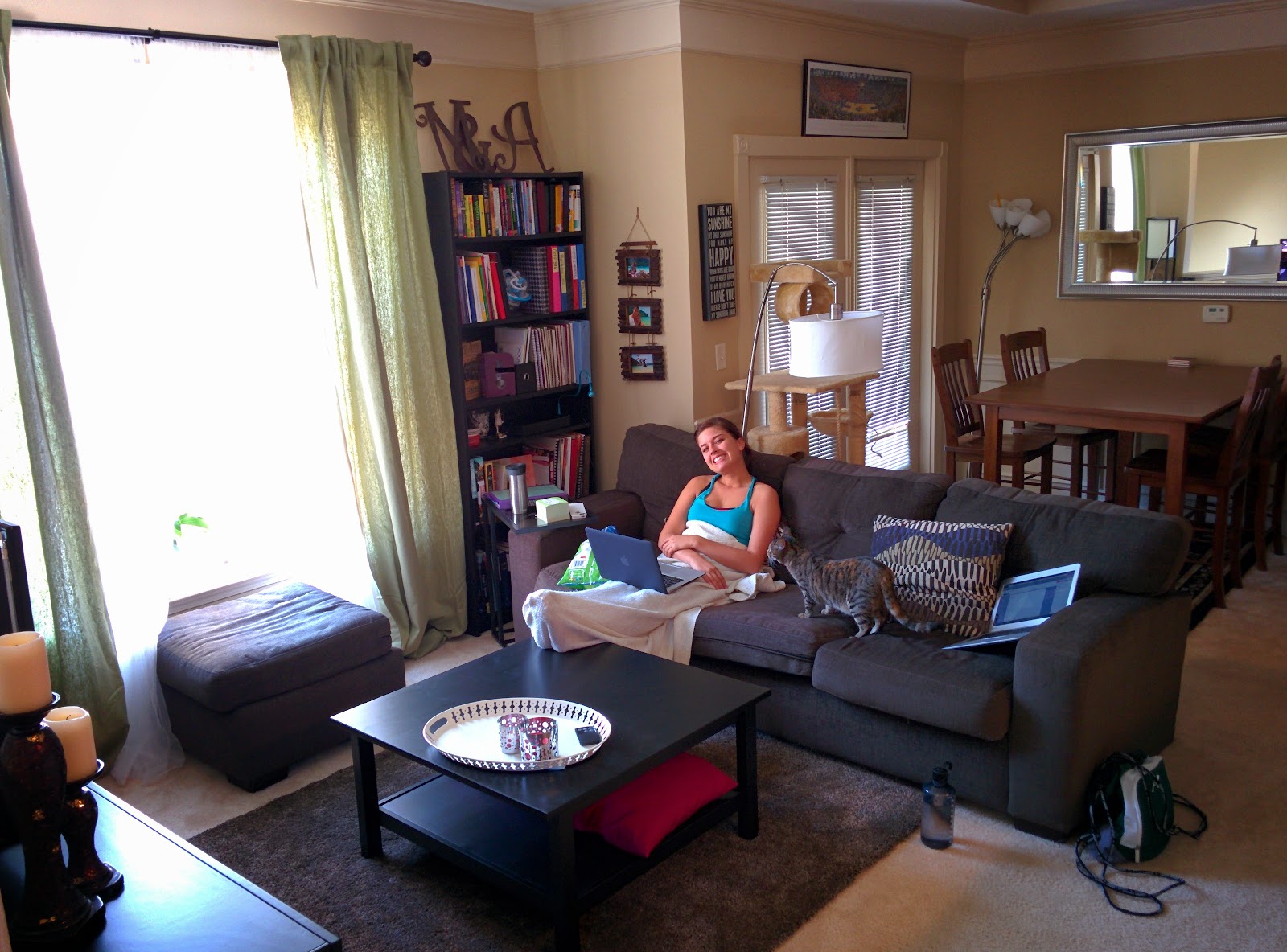 Our new place is awesome. We are treating it more like a permanent residence and less like a place we're crashing at for a year. It's our intention to be here for a while. We love the area. Love the amenities. Love the place. Really I couldn't be happier about the whole thing. Every single detail of this place is by far and away better than our old one... and we've really made it our own. I could write more, and I am tempted to gush, but I'm going to leave it at that. Just for now.
Completely counter to that - I have spent the last 2 or 3 weeks in a constant state of fatigue. It didn't really hit me until two days ago when I realized "man, I haven't felt awake in weeks".

Unrelated thought:
I once wrote about "the taxonomy of human attractiveness" - where I compared and contrasted "cute", "hot", "pretty", and "beautiful". It occurs to me that there are other classifications of human traits that could be similarly explored. The most immediate example I can think of is "the taxonomy of human intellect". What is "smart"? How is it different than "educated"? What about "intuitive"? I'm not going to explore this here, but it's something I've thought about lately. Largely because I've realized some people I thought were "smart" were really just "educated", and other people that don't seem all that "educated" are actually really pretty "smart". There are other things that could be formally explored... Funny = clever, quick, and/or goofy... Physical Fitness = strong, athletic, flexible, and/or cardiovascularly sound. Maybe some day I'll build out Venn diagrams like I did in Column #97.
Top 5: Benefits of the New Place
5. It feels safe... like truly safe. Like, walk around at night and enjoy the weather safe. Like "bye honey, I'm going to ride my bike to the store"-type safe. 4. We live within 5 minutes of a ridiculous number of fun things to do:

3. We live closer to our friends & family.2. The gym is open 24/7, has a workable amount of equipment and space, and usually isn't over crowded. Also the pool table (that's actually good), and the tons of other cool stuff that's offered by our apartment complex fo' free.1. The actual apartment is just much, much nicer. Everything is just a little bigger. There is a place for things, instead of us cramming things where they don't really belong. Plus we have curtains, which is a really big deal.
Quote: “Whoa! A black sink! What is this, the future!?”- Jon -