If it's been a week since my last update, you can bet one of a few things is probably happening:
In this case, both 3 and 4 are true. I've written half Columns about the following topics:
This post is a variant of the "Refresh" post.
There's been something on my mind for the past couple of weeks. Something I couldn't quite put my finger on, I couldn't explain. Refresh. Renew. Something should change. I didn't know what. I wasn't "unhappy" by any means, I just felt (careful, here comes a new-agey made up word) under-actualized. I felt like I was growing as a person, and was long overdue for a fresh molt. That's a gross metaphor, but it's appropriate. The shedding an outer layer metaphor works particularly well because my first thought was "I should throw out my wardrobe and buy all new clothes".
That's now where I ended up. I am going to do that, to some extent, but it's not where I ended up.
Before I get to where I ended up, I need to tell a short story.
Melissa went on a cruise with her sister over New Years. This left me with a solid block of time - time that I spent seeing multiple friends, family, and accomplishing quite a bit. When Melissa got back, she was tired, happy, and crazy tan. She sat down with me to look at the contents of the GoPro she took with her. We plugged it into my Linux laptop and proceeded to watch ~20 minutes of the most frustrating video experience imaginable. My computer couldn't keep up. The 60 frames/second video was running at something closer to 6 frames/second on average. Sometimes it was 60, sometimes it was 0, sometimes it jumped massive sections. There was no audio. There wasn't really video. It was good for what we wanted to do - I got to see images of Honduras and Belize, but I didn't get a video experience.
So I've decided to refresh my computer.
That lead to a nearly week-long identity crisis. No joke there was a period of about a day where I thought the most likely of all outcomes was me buying a Mac, and eventually going full-blown Apple when my phone dies (side note - my phone seems like it's on the verge of hardware failure). I considered building a Linux box. Finally, I decided on building a computer and then doing something I promised myself I would never do again...
Putting Windows on it.
It gets worse, I won't just be putting Windows on it - but Windows 8.1.
This is happening. I'm ashamed to admit it, but I do somewhat look forward to my transition back to Windows. Linux is awesome, but cumbersome... especially if your Linux machine isn't the computer you spend most of your time on. I'm going back to Windows for the "it just works"-ed-ness, among other reasons (see the Top 5).
I'm excited to build a computer. I've never built one before, and that's just sad.
The completely unrelated picture to go out on - here's Molle in people clothes: 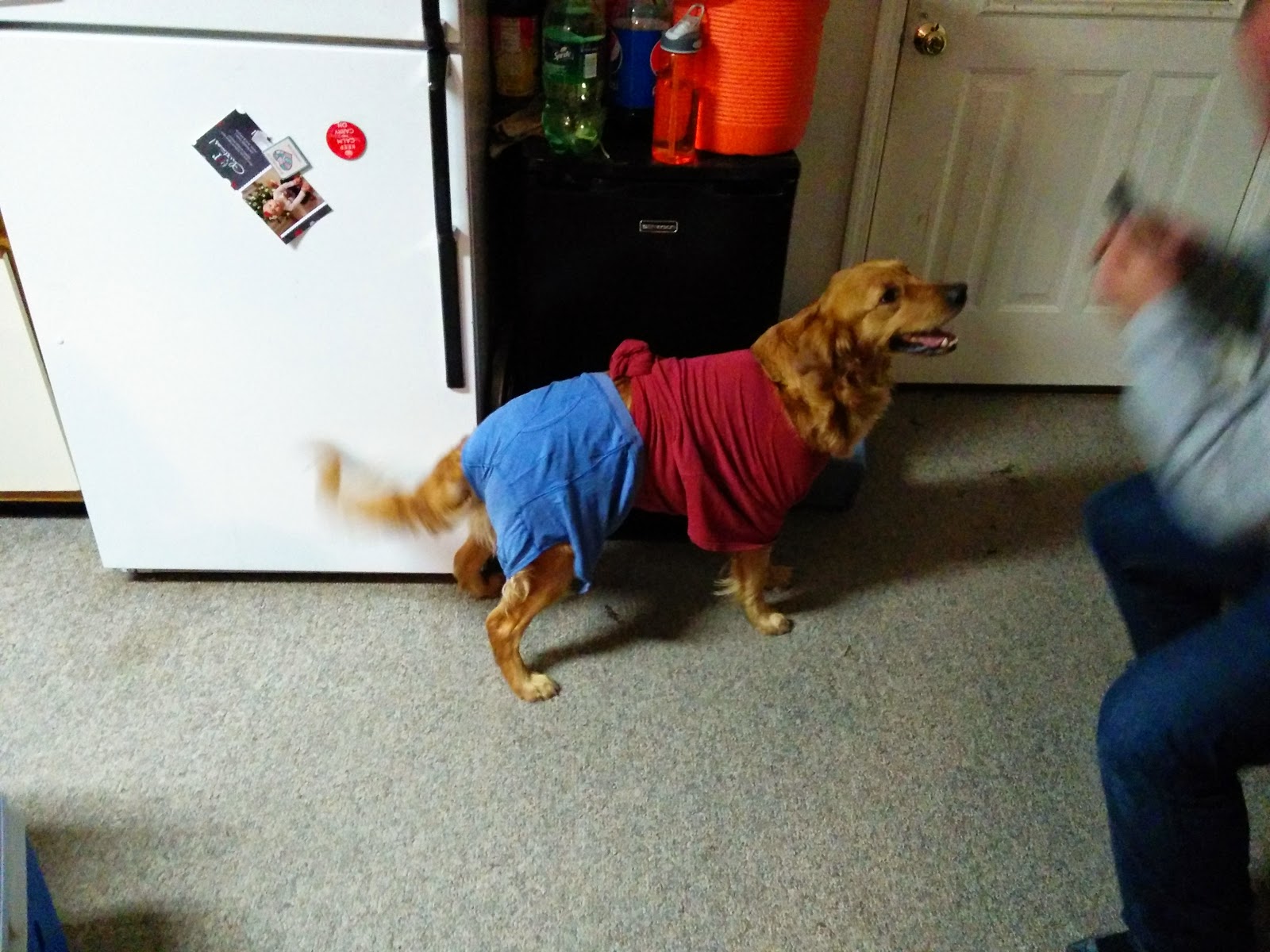 Top 5: Things I Will be able to Do with the Coming Computer that I Can't Do Now
5. Play games. Playstations, Xboxes, who needs em.4. Edit video with confidence again. I've made Lightworks work, but I've never been as comfortable with it as I was Sony's editor. 3. WATCH high bitrate video.2. Keep Google Drive in sync with my computer.1. Let someone else use my computer without having to explain, "okay, so here's where the internet is. If you need to do anything else, come get me and I'll help."
Quote: “OOO Yeah! Let's get you new clothes!”- Melissa, being a little too excited about the prospect of seeing some of my shirts go -