Motto: Optimis Divisible Only by Himself and One
The thirty day challenge I embarked upon for the month of November was simple - live on a budget. I wanted to see if some pre-determeined amount of money was enough to sustain a comfortable life for Melissa and I. We completed that challenge successfully. That, however, was largely because I put off making any larger purchases until THIS month... which hardly seems like it should count. So, "success" I guess? Maybe, more aptly put as "Success*". Because this is really the only venue I keep track of these things, I'm going to do a hyperbrief rundown of each month's challenge & its outcome: January - Paleo & Crossfit - Success February - Read 5 Books - Failure March - Write Every Day - Success April - Run 50 Miles - Failure May - Enjoy Yourself - Success June - A GoPro a Day - Successful July - Adopt Linux, Duolingo - Huge success, partial success August - No Reddit, Buy a Car, Other Stuff - Success, failures September - Yes Man - Success October - The Incredible Bulk - Success November - Live on a Budget - Success I don't like breaking those down into binary "success" and "failure". Almost every month feels like it deserves an adjective like "huge", or "partial".
So, what about December?

Well, I'm not doing anything different in my personal life for December. Instead, I've decided to try out an entirely new workflow at work. Without getting into the boring nitty-gritty details I will be utilizing Outlook, OneNote, and a tag-based system instead of a folder-based system. The one true categorization will be time. Each day and each week will be easily searchable. What happened on any given day will be readily apparent. It seems like timelines could much more useful in the business world than a per-project folder structure.

I've got another Column lined up, ready to submit. I will wait until tomorrow to push it out, though.

I'll end this post with this picture - no context provided. 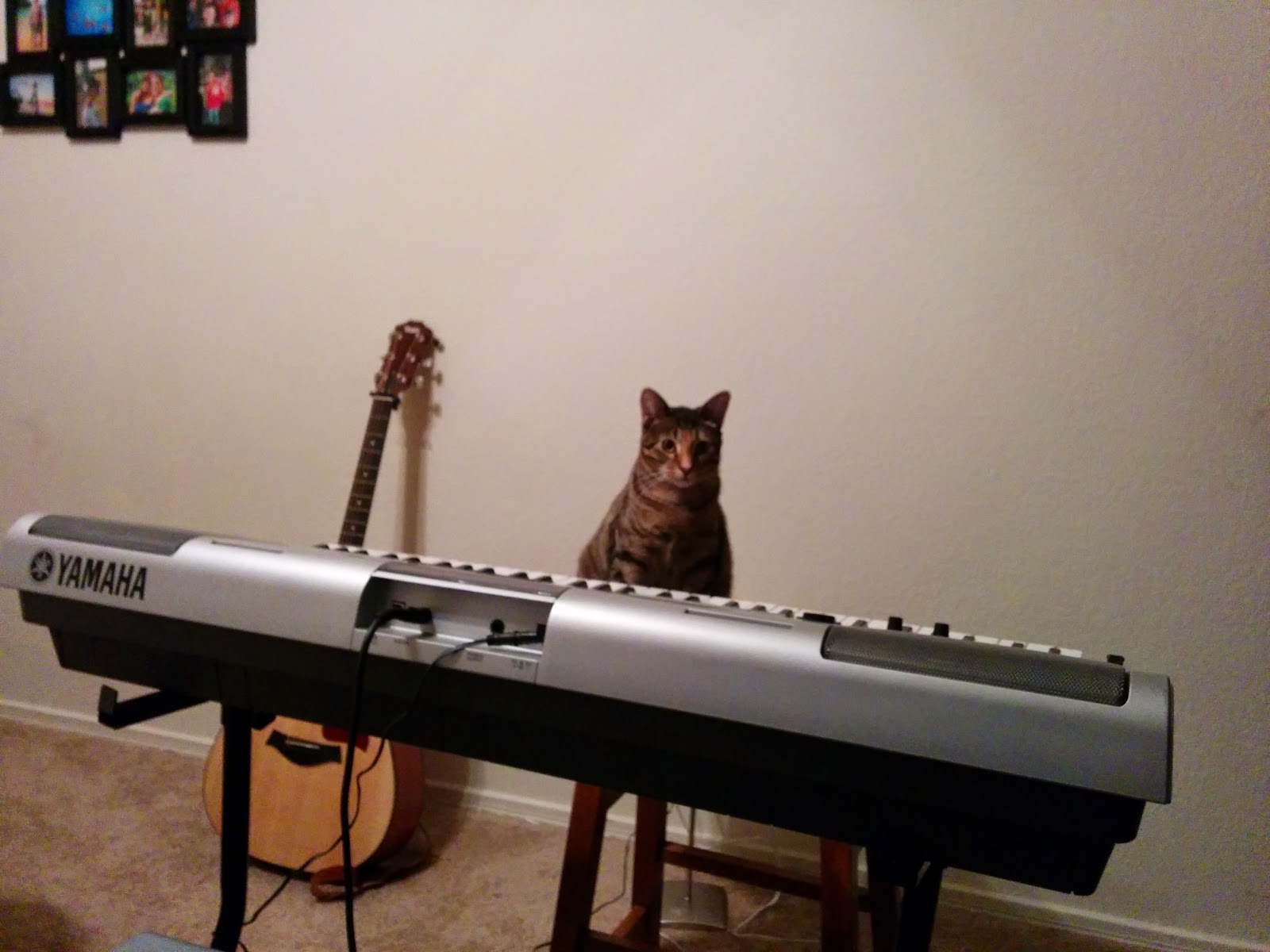 Top 5: Other Instruments We Were Unable to Teach Our Cats
5. Didgeridoo4. Pipe Organ3. Slide Whistle2. Vuvuzela1. Accordion
Quote: "I hope the next time I move I get a real easy phone number, something like two two two two two two two two. I would say 'sweet'. And then people would say, 'Mitch, how do I get a hold of you?' I'd just say 'press two for a while and when I answer, you will know you've pressed two enough.'" - Mitch Hedberg -