Motto: Whoever said "You can never go back" clearly didn't put in the effort

Melissa and I are in Lawrence in preparation for her brother's marching band competition. We decided to come a bit early and hang out in the place we met. Things are different. All the sudden nothing is the same and I'm old and that's scary. All these young kids with their compact disc players and their radio cellular telephones. They have no respect for themselves or the society I once knew.
We are in the new public library. They tore the old one down about a year after we left. Then they built this beautiful, modern, public workspace in its place. I hate to admit I'm not much of a reader. I consider that fact one of the flaws of my character. But I adore libraries. Or, should I say, I adore the idea of libraries. Publicly available information, knowledge, and entertainment, all for free. The library is the internet before the internet existed. Unfortunately, most public libraries I've seen are looked at more as a warm spot to sit by its patrons. This library manages to subvert that trope, at least in part.
Alright, enough about where I am and all that. Today is the first day of a new month - that means I finished a 30 Day Challenge and began a new one!
The October Project:

Overall, it seems like a pretty resounding success. The extra weight seems to have gone to mostly the right places, which is cool. I'm really happy with the increased workout frequency. I started a new training routine called "German Volume Training", which is basically just "do tons of reps with light weight". This is vastly different than the "do a few reps with heavy weight" that I've done for the past ~3 years. I'm still sore from Tuesday's 100 Squats, 100 Roman Deadlifts, and 100 Calf Raises. That was 5 days ago.

I will probably continue the bulk for a while. I'm hoping to get to 240. 240 then maintain.

I don't suck at money management by any means. I've never been in debt. I don't make purchases I can't actually swing. But Melissa is going back to school soon and we're going to try living on my salary - with two cars and hopefully a house payment to make. I don't put as much away in savings as I would like. This month, I'm going to fix that.

Also, probably not going to get into too much detail about my budgets and what not on the Column. It's impolite to discuss finances. Plus I think most people reading this make more money than me. 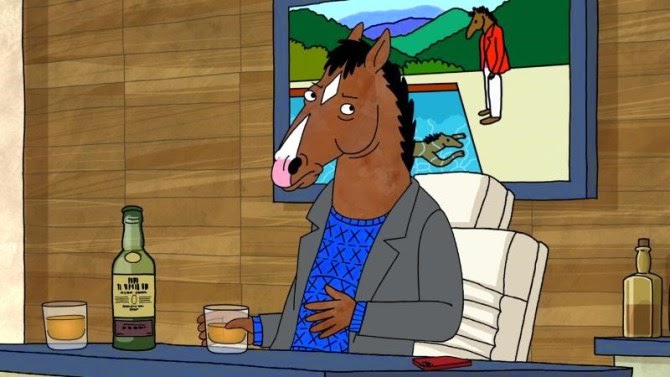 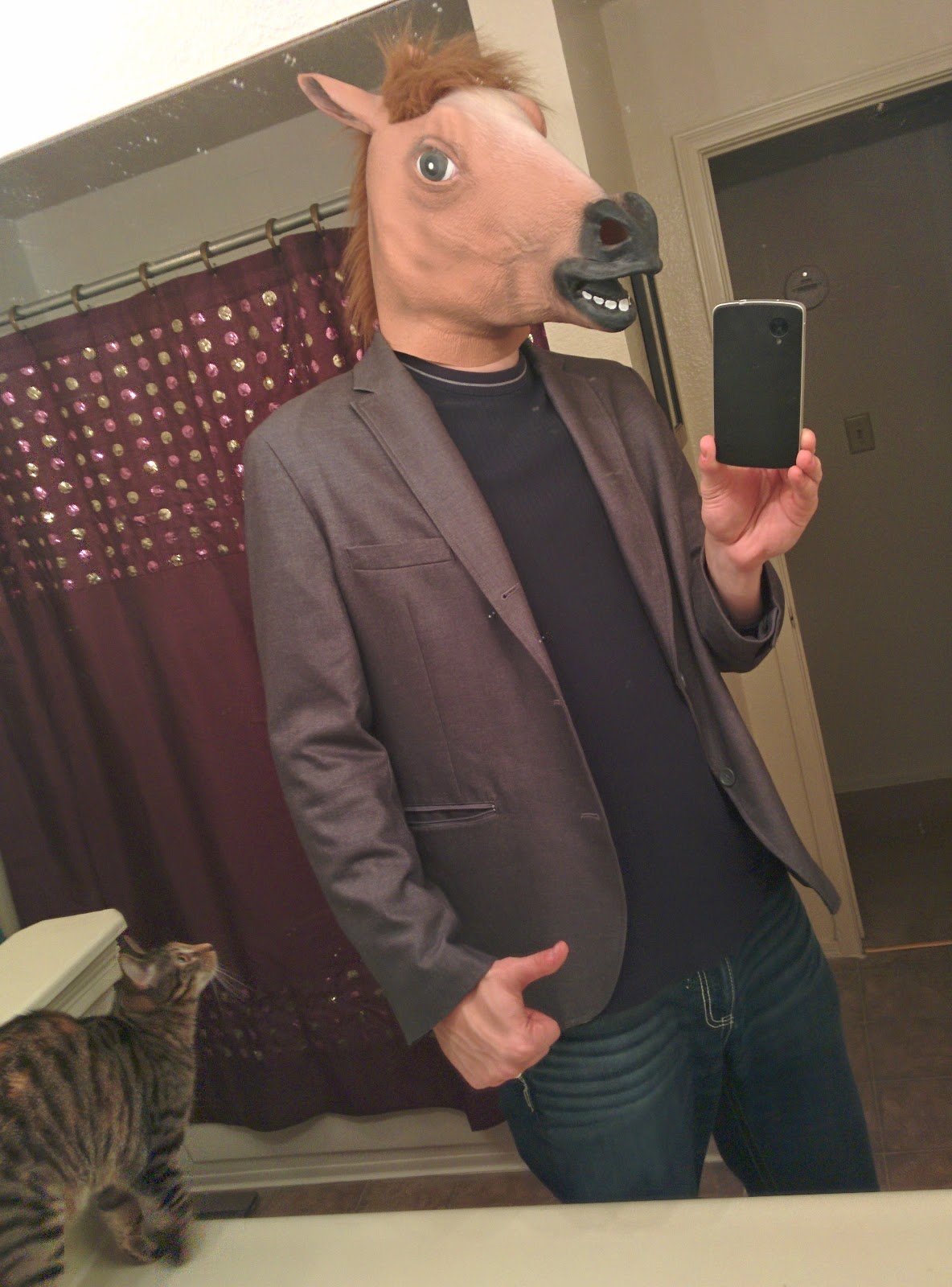 Melissa and I went out shopping for her costume a week later. We stumbled across a "cat woman" suit. But, with Melissa's new redish-blackish-awesome hair color, she looked more like the Black Widow. Naturally, I jumped on the idea of my wife dressing up like one of the Avengers. My BoJack Horseman costume no longer made sense, though. Why was Mrs. Gillespie dressed up as an Avenger, but Mr. Gillespie not? I had to call a audible. After some frantic searching, I found the raw material to make a costume. A few days and several hours' worth of work later: we were ready for Halloween. 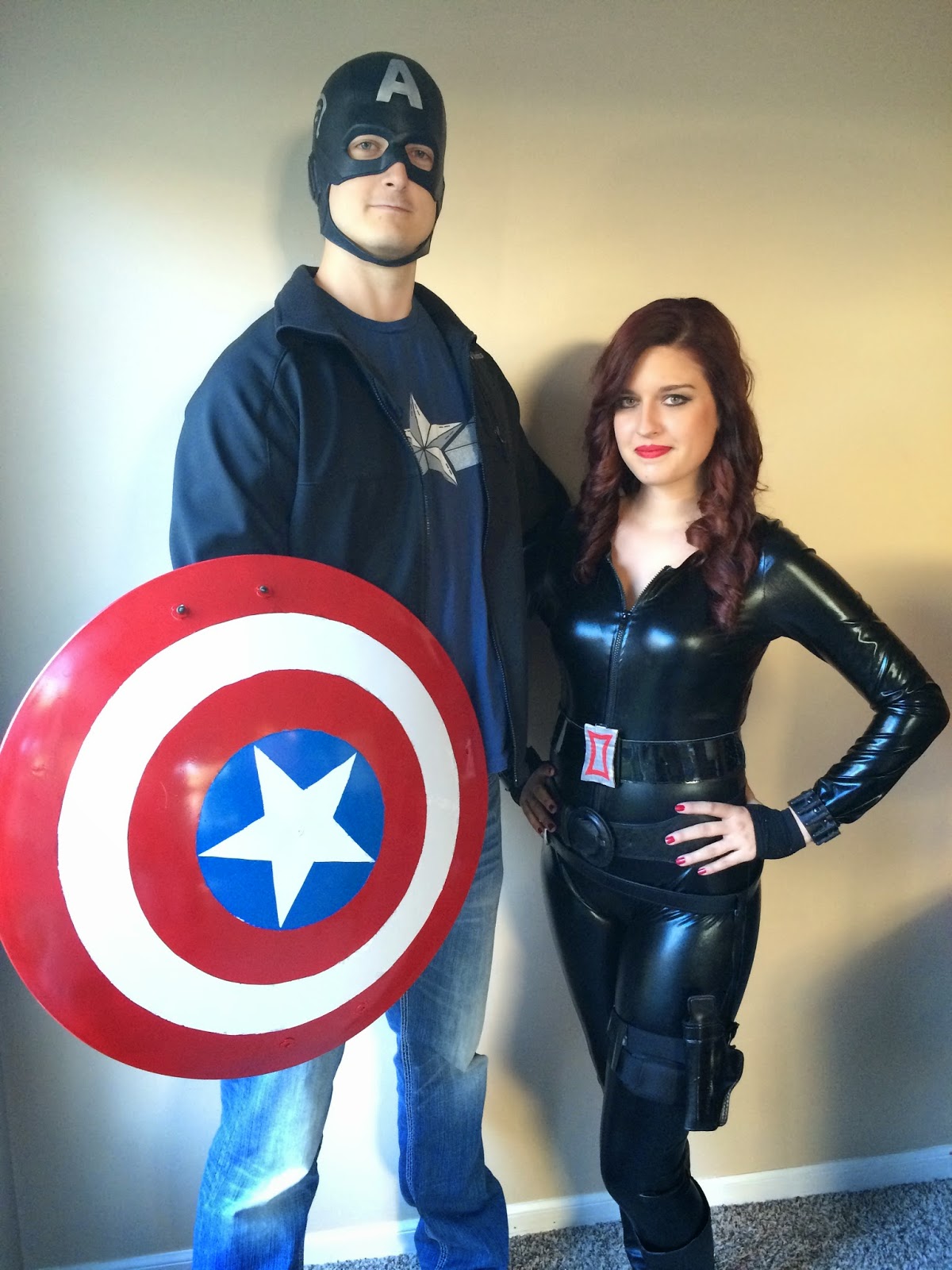 I think we were the Belle of the ball.

Top 5: Other Things We Could Have Dressed Up As
5. Bonnie and Clyde (Bonnie Swanson and Clyde Drexler)4. Mr. & Mrs. Smith from the movie Mr. & Mrs. Smith
3. A monkey wrench and a banana spider2. Bella & Edward, but not vampires, just normal people1. A pinball wizard and a ditch witch
Quote: “CAPTAIN AMERICA!”- some guy in Target, when Melissa and I went into Target in full costume -