You like that motto? I thought of it myself. It actually has been my motto over the past couple months or so. This marks the first time I put a real motto in the spot where I put my “motto”. My new motto: That won’t happen again.

If you say a word too much, it stops sounding real.

The motto is a reference to my desire to be a great writer. One who could write down his thoughts and have them read by people, even if they weren’t good thoughts. I can’t become a great writer without writing great things. In order to write great things, you have to write a lot of bad things first. It’s kind of like how when you go to a new place you have to be lost for a little bit before you can know where you are. That’s the driving force behind this column. Writing for writing. Writing about writing. Metawriting. The kind of writing that is fun to read. The kind that leaves people wanting more. The kind that sticks with you when you’re done. That’s the kind of writing I want to be capable of.

I’m going to end this trek into the wildly mediocre with a short limerick which I will make up now.

So it wasn’t great. You try writing one better. Haikus are so dumb.

I’m also thinking about writing because I located my old green notebook in which I used to do a lot of it. Not “poetry” type writing, usually… more like… nerd writing. Here is a picture of it next to my new tablet case. Notice how they compliment each other? That was accidental. 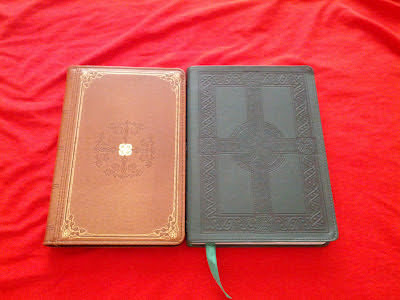 Left: Nexus 7 in its case. Right: The book for writing.

Top 5: Pages in My Green Notebook