Motto: No Half Measures

Let's take a quick look back at Column #175 - "List of Projects". These projects fall into two groups: Things I have done since I wrote that post:"My 25th Year" The Life Tracker Leave Windows Home Media Server/digital library 30 Day Challenges Android Development Things I have not done since I wrote that post:Comprehensive Review of Education Document aarongilly.com/wvz7x7.com Build a Computer Learn to Music - although I'm picking up Melissa's guitar a little more often than I used to Graduate School - I've done actual research. I know what steps I will be taking, but I haven't taken them yet. The "build a computer" thing I could do this weekend if I wanted to blow the money. That one got pushed back when I elected to build out my home media server using my laptop. Transitioning the Column from a blog to a website is something I could also do over a weekend, but hasn't happened yet. The other 3 things will take years to do, even if I started now. What's surprising to me is how many things I've done since that post. Seriously. I've kind of killed it, if I do say so myself. I want to speak a quick word on each project that has come to fruition: 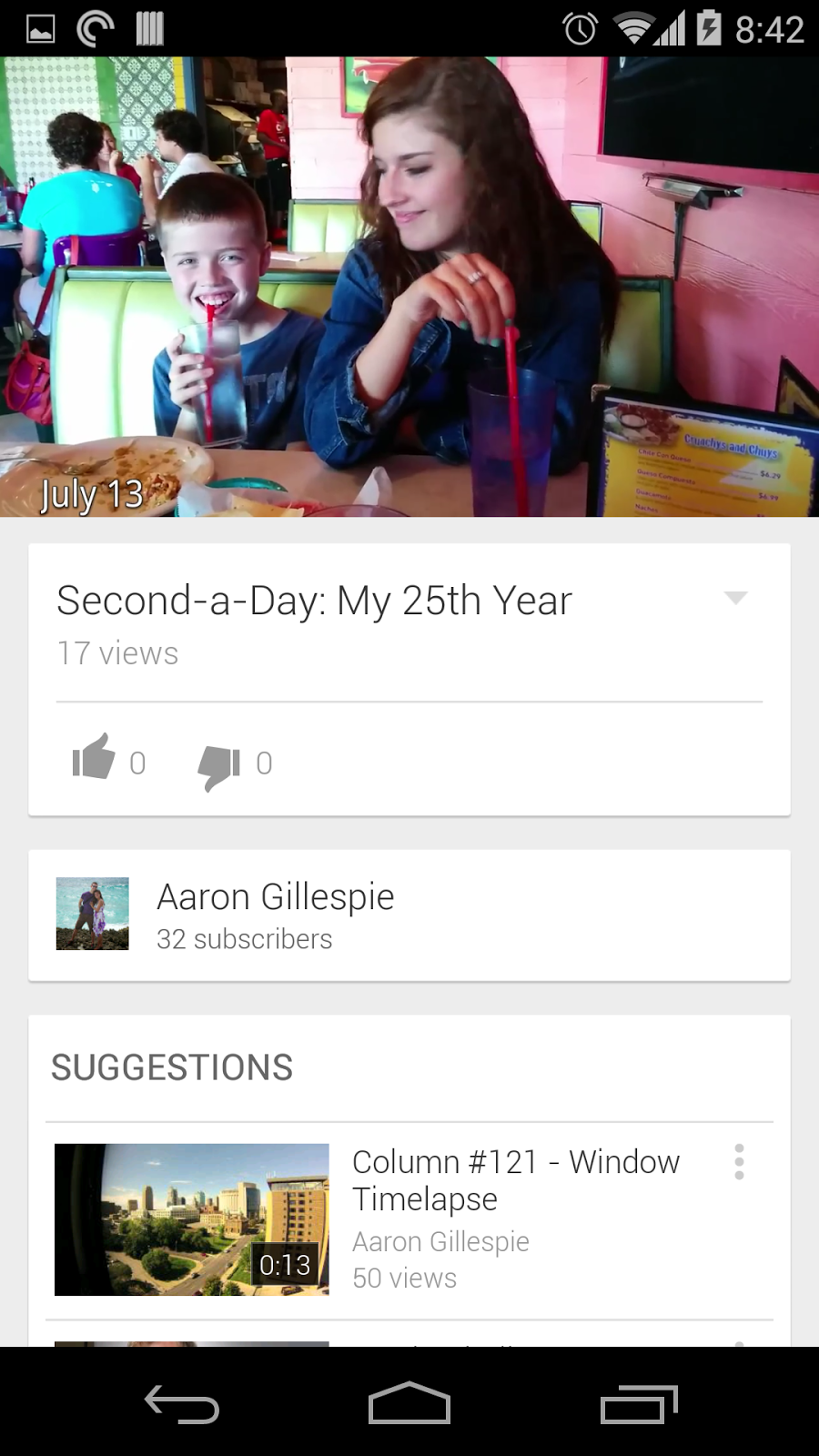 My 25th YearThe whole "My Nth Year" project is easily one of my favorite things I've ever done. It's not a "surprise" that I finished "My 25th Year", considering where I was when I wrote that goal. It might be surprising that I finished the video on time given the next thing. 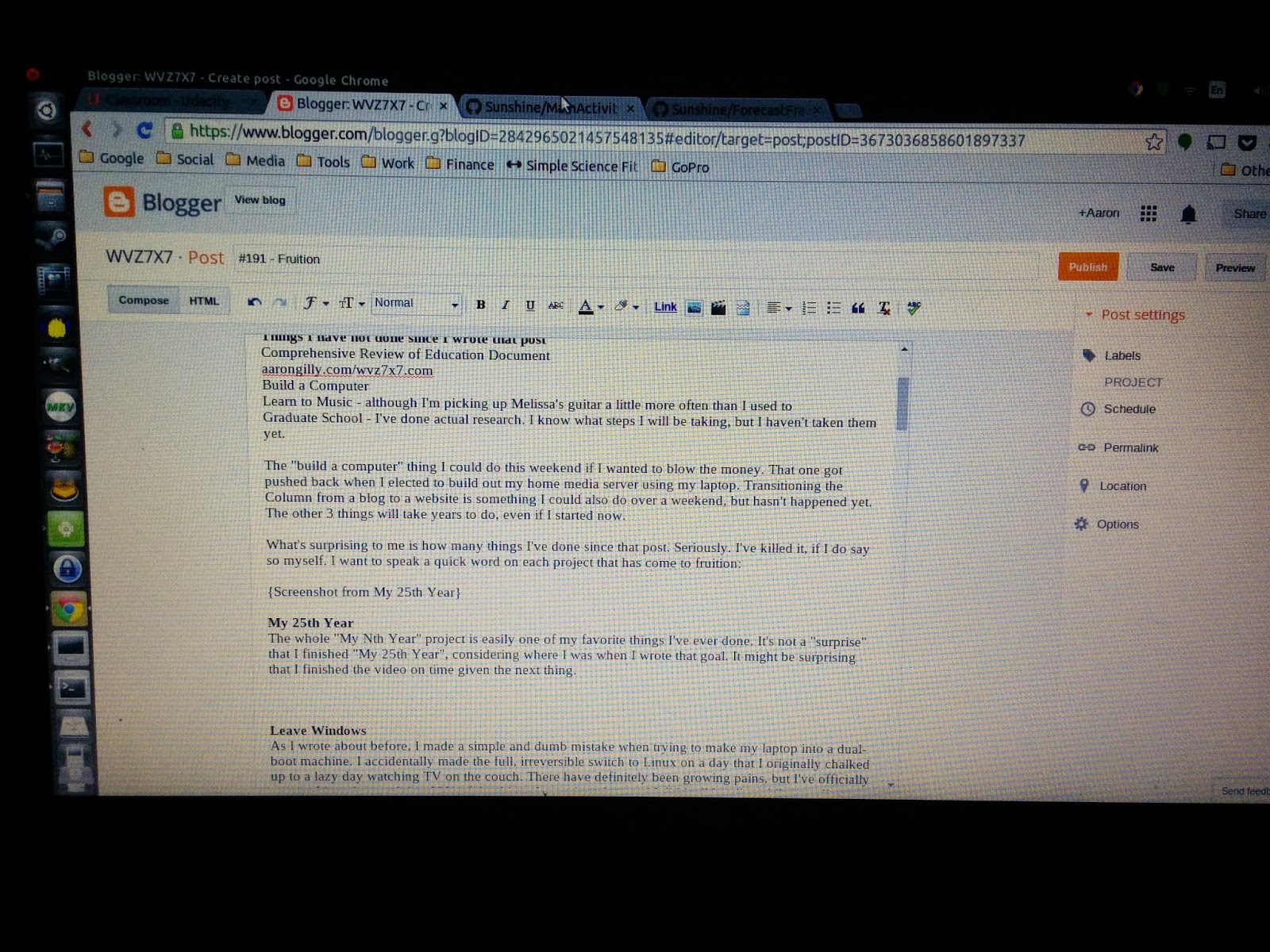 Leave WindowsAs I wrote about before, I made a simple and dumb mistake when trying to make my laptop into a dual-boot machine. I accidentally made the full, irreversible switch to Linux on a day that I originally chalked up to a lazy day watching TV on the couch. There have definitely been growing pains, but I've officially got my Linux laptop doing 99% of the things I want it to do... and I did it all legally, while spending zero dollars. When native Google Drive sync support comes to Linux my computer will do 100% of what I want it to do. 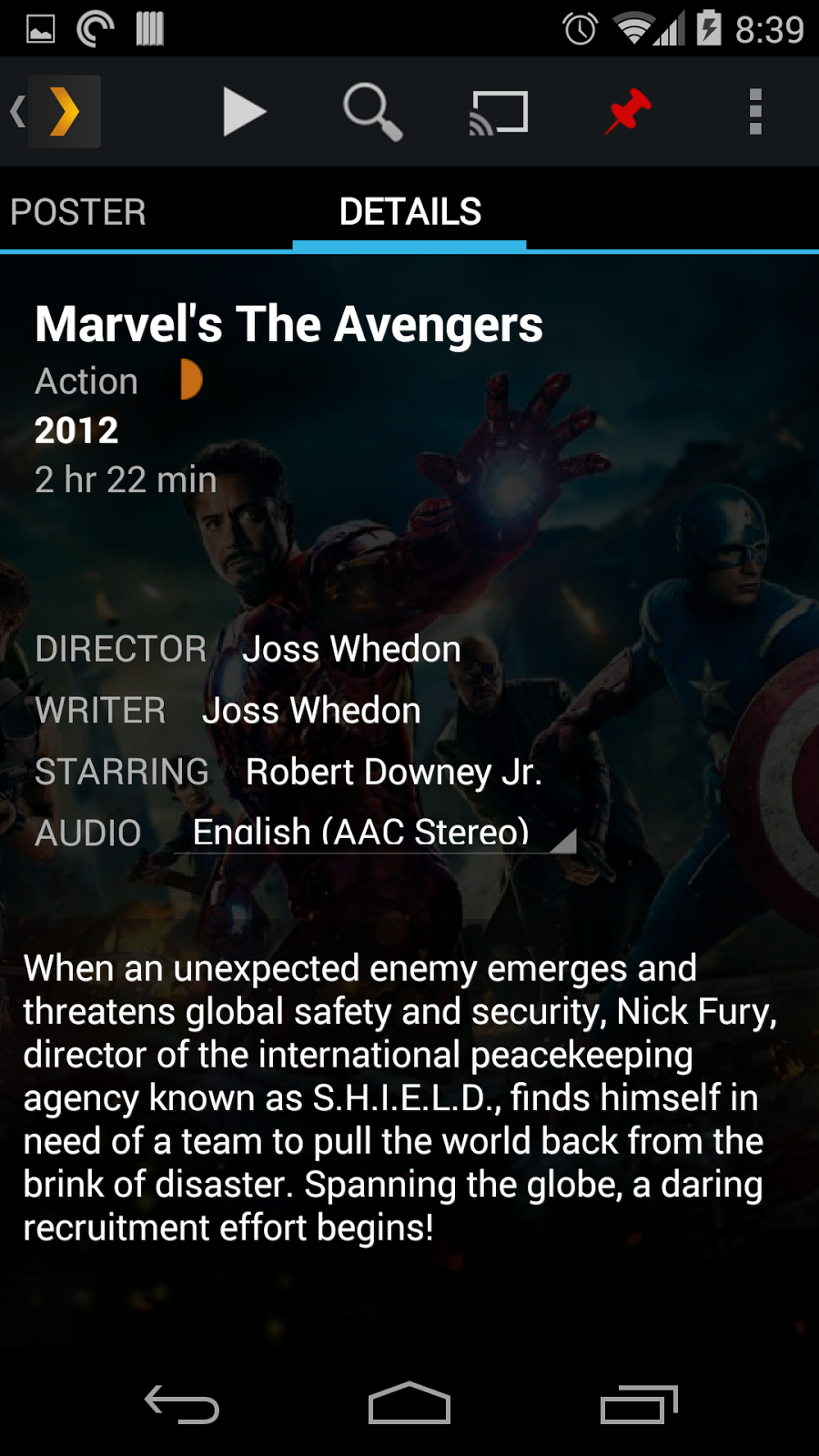 Home Media Server/Digital LibraryThis is a goal that kind of just kept getting bigger and bigger. Not only did I set up a mutual media library for Melissa and I, not only did I set up a Home Media Server to access that library, not only did I find a way to add media to that server from my physical media library, but I figured out how to do so with a "zero-click" solution. I got several Marvel blu-rays from Melissa for my birthday. I made legal digital backups of these blu-rays simply by putting them in my computer. They even eject when they're done. I'm proud of this one.
Most of these are on my phone, you'll notice. It just so happened to be already plugged into my computer. Made it easy. 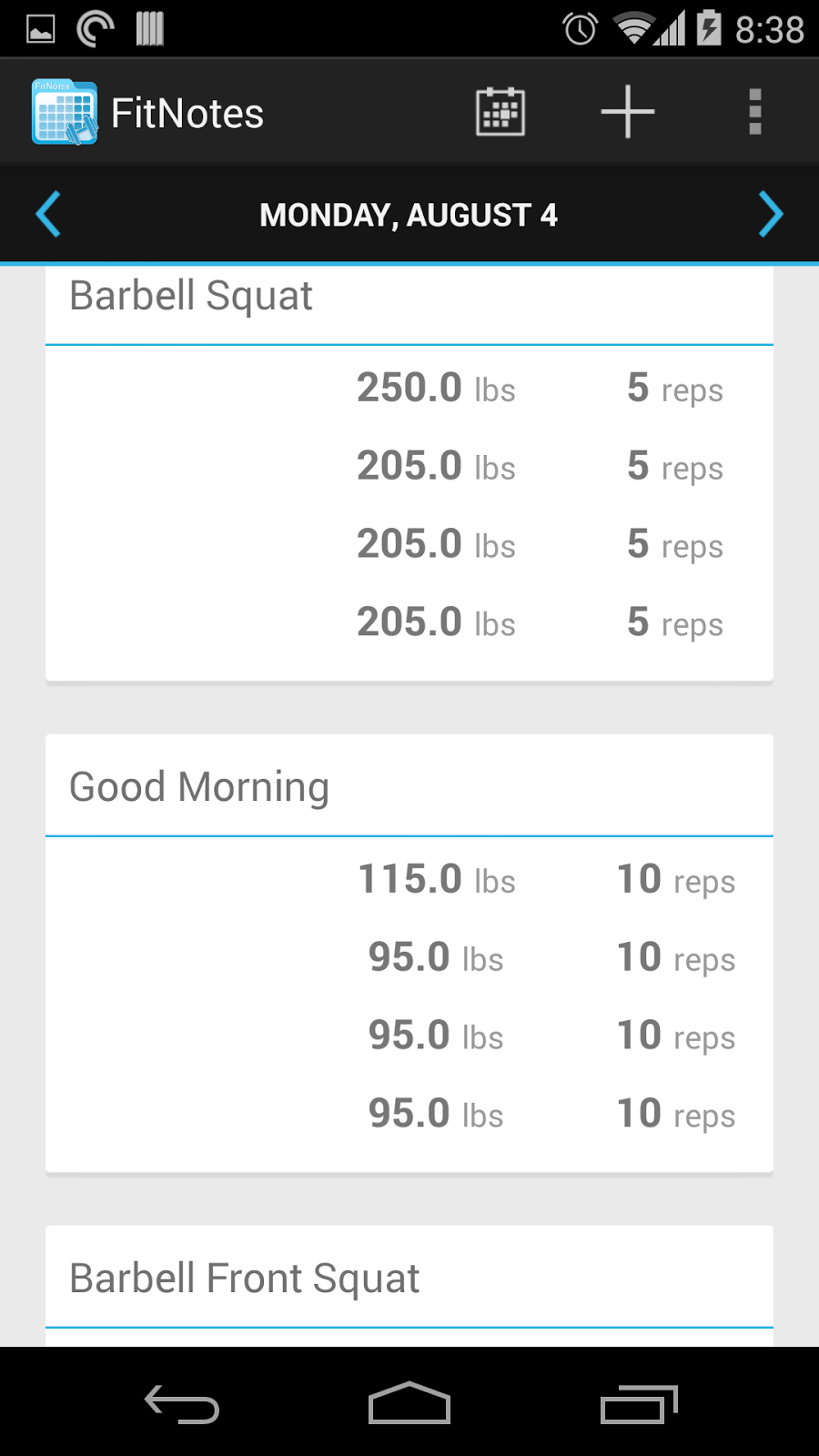 30 Day ChallengesThese stemmed from a New Year's resolution. I'm still doing them. This month in particular I'm hitting it extra hard. I haven't been on Reddit in a week. I built a custom workout plan. I'm following it. I fixed an issue the Life Tracker was having with Money tracking. I've done some work to buying another vehicle. 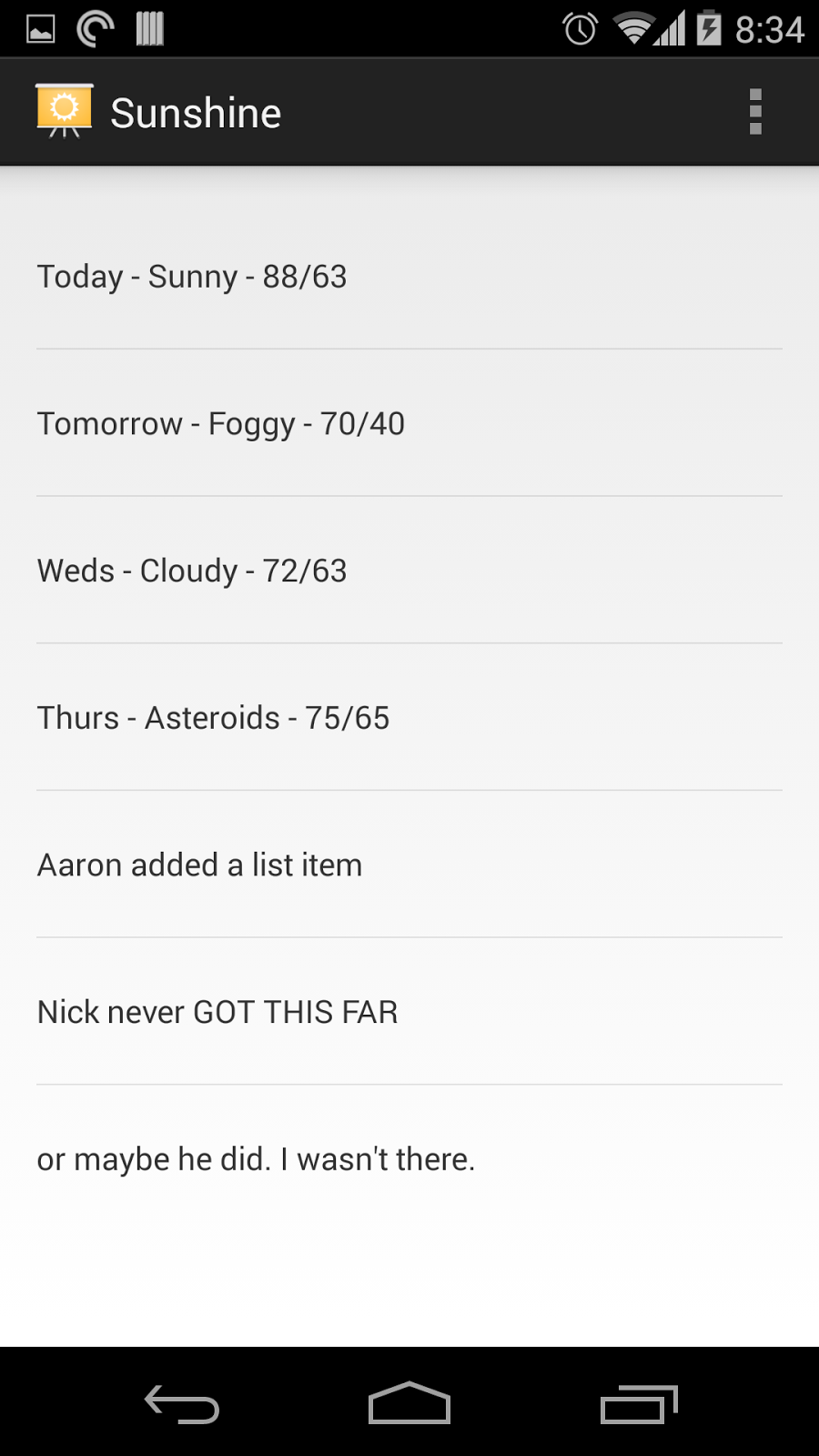 Android DevelopmentThis project is not "done" per-say... but as of yesterday it's going very well. I have tried doing this on a few occasions in the past and have always given up before I could even get a "Hello world!" app running. I not only got a "Hello world!" app running on my computer, I got one with a scrollable list of text strings running on my phone. I'm VERY excited about this one. Wish I could shut myself in a cave with a computer and a phone for a month and just learn and create. I'm taking a free class on Udacity in Android development. Just finished Lesson 1 - built a super simple app called "Sunshine". When I complete Lesson 6, Sunshine will be a full-blown weather app that pulls the forecast for wherever your phone is from the web. 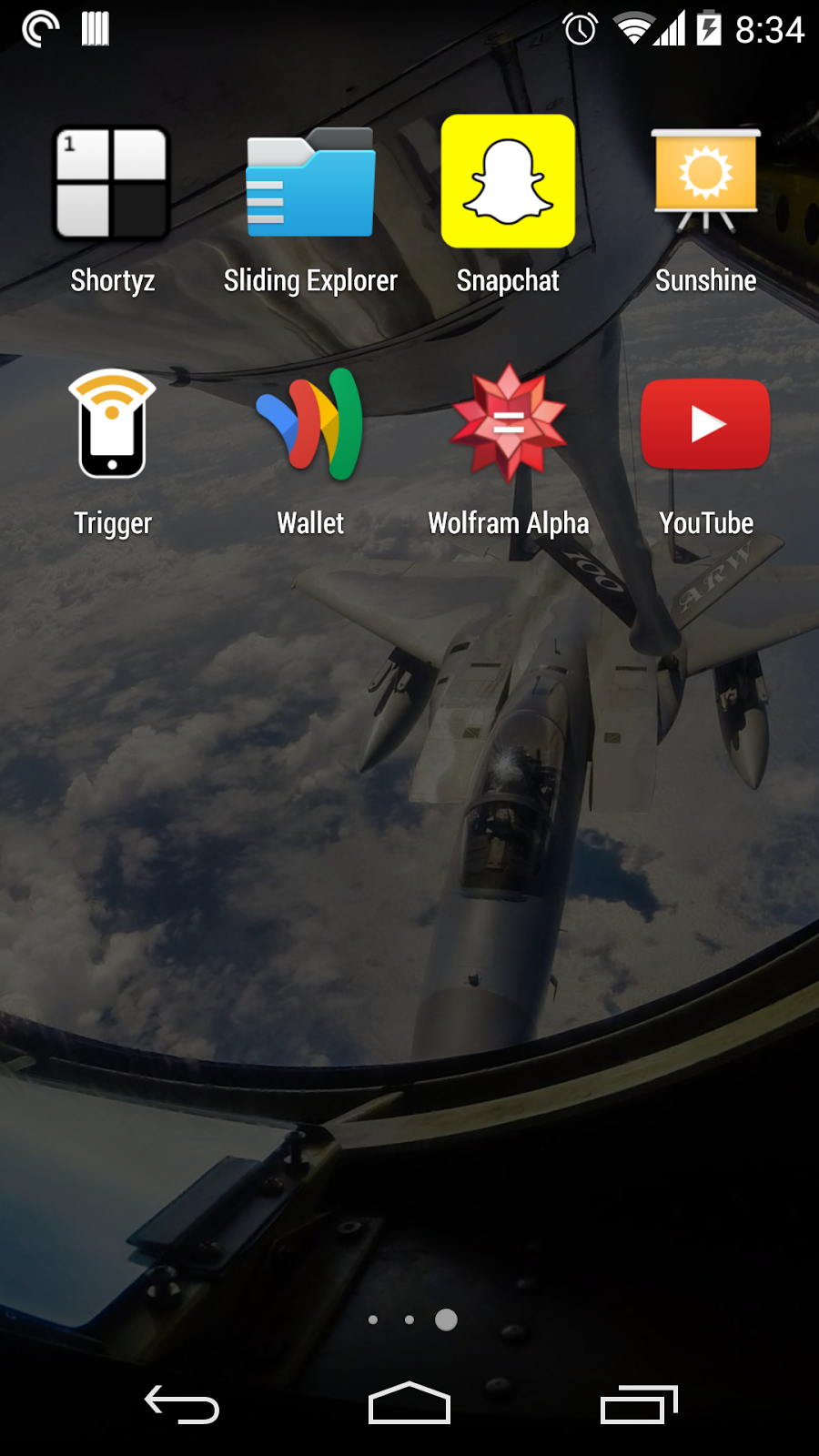 Seriously, how cool is that?

Top 5: Order in Which I Might Complete These Goals
5. Comprehensive Review of Education4. Learn to Music3. Graduate School2. Build a Computer1. Website
Quote: “Banana Pajamas”- The best two words you can put together -