Motto: This Column is about Nothing

This is the first of a one-two punch. I wrote too much for one post, so I broke it up. There will be another post tomorrow... that was written today.
Every person has their own writing style. Ever Ye Purse sin haste air roan rye tin sty ell. I seriously considered writing a whole Column like that one time. When I realized how terribly annoying it was to decipher, I abandoned my plan. My writing style is apparently pretty obvious in the Column. I write with a distinct "voice". It's a quality that I've never fully understood, but have been accused of for my entire writing career. Yes. I have a writing career. I'm allowed to use those words in that fashion. I'm allowed to because I have a writing career. Circular logic works because circular logic works. This is a part of my writing style: Rad Lad's bad dad's sad CAD pad fad had Lad a tad mad. As is this: (nothing goes here, I was just pointing out that "as is this:" is very much something Aaron would say) There are other pieces of text that should tip you off that I wrote them. Things like this: Something something Thor something Android something Google GoPro something math something science something Apple something phone phone phone something Avengers something something the word "I" the word "I" something colon something Nalgene something something EDC bag something Timbuk2 something big word every once in a while something typo something. Ooo! Aaron must have written that!

Every post has to have a picture. Here's a picture of all the weapons I own, arranged in ascending order of power: 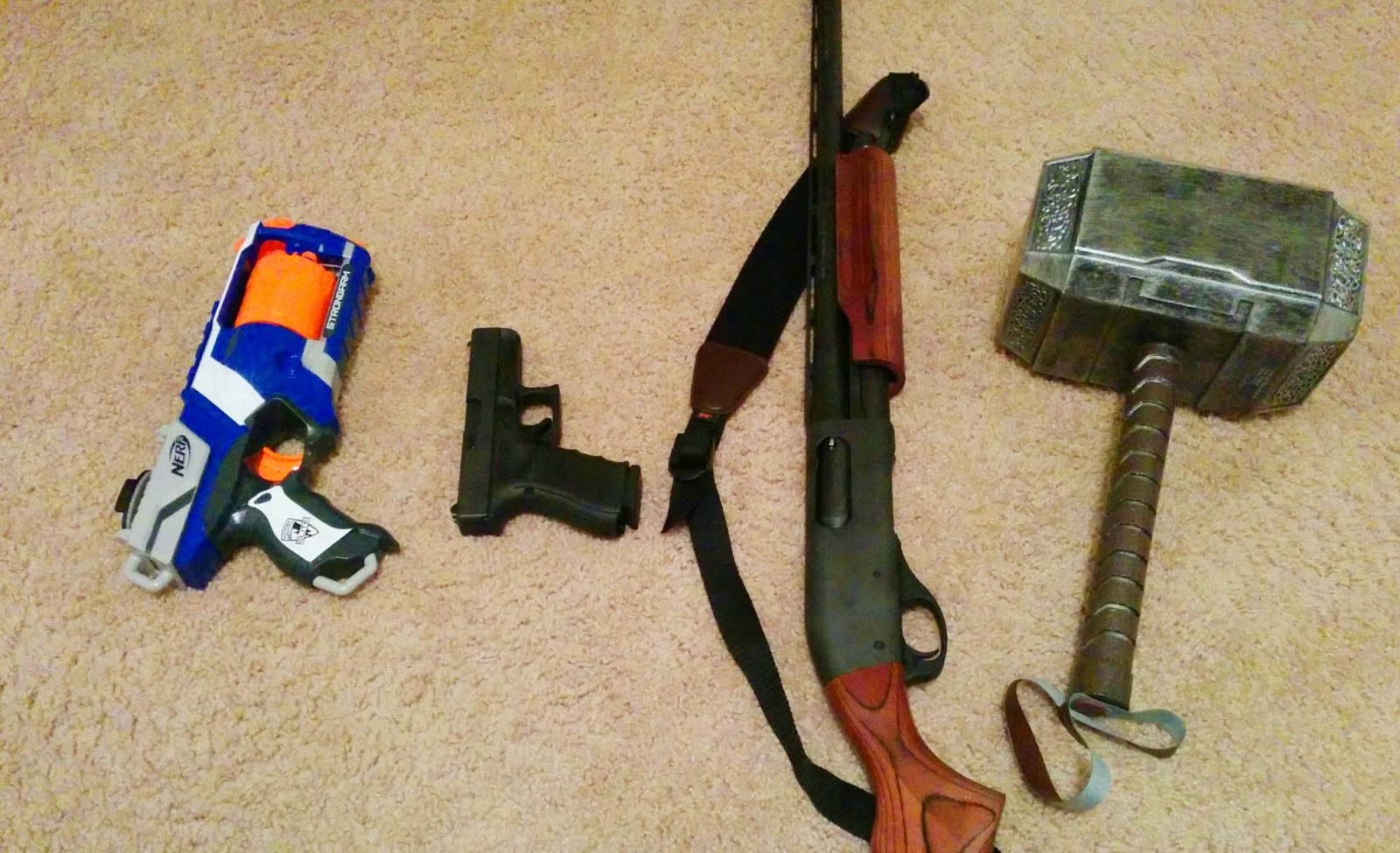