Motto: What Would Clint Eastwood Do?

Randall Munroe is the newest addition to my list of heroes. He is a former roboticist for NASA and programmer. More notably, he is the soul creator and writer of the webcomic XKCD. The comic frequently focuses on math, science, engineering, language, and general nerdiness. He puts out three new comics a week, every week, and has done so for almost 7 years. I have been a huge fan since I stumbled across XKCD three years ago. He is brilliant. If I could have any job in the world, I’d pick MythBusting. But if I got stuck writing my own webcomic like him, I’d consider that a solid second place finish. I doodle. I make jokes. They are even funny sometimes. I should give it a shot.

One tiny tiny tiny example of his insight I just stumbled across: back when the original Droid came out, he made THIS comic. It’s a criticism of gadget obsession on the surface, but that’s not the part that intrigues me. The part that intrigues me is the alt-text, where he comments on the Droid’s 265 pixels-per-inch screen density and how important that metric was. He did this during a time when pixel density was not a common selling point in phones. This specification has only been advertised since the debut of the iPhone 4 and its “Retina Display”. He realized, before any of the advertisers (and probably many of the engineers) that pixel density is EXTREMELY important for displays that we commonly look at from less than an arm’s length away. Seems obvious, but a lot of people missed it (kind of like how, right after the original iPhone came out, companies tried making competing phones with smallerdisplays. Seriously, there were quite a few. Seemed obvious to me at the time that that was a dumb plan).

If anyone was looking to get my a present for any sort of anniversary of my being born sometime soon, I might suggest starting here.

I have done some thinking about digital rights management (DRM) and technological patents lately. First off, tech patents are completely out of hand. The fact that apple got the sale of my phone temporarily banned because my phone had a same basic functionality is entirely ridiculous. Patents, in my very non-professional opinion, are there to keep people from stealing your hard work and hours upon hours of tinkering to make something function by swooping in at the last moment and copying the final design. They are NOT for preventing someone from doing their OWN hard work and tinkering to create something similar. What is going on in the tech industry right now is insane. It would be like if Bayer said, “okay, we patented a pain reliever in a pill; so we own that. It’s our thing now” and then every other company who makes any sort of pain relievers has to pay them. It’s stupid.

Moving on to DRM and the way things SHOULD be done (this isn’t specifically about DRM I suppose, but it is related):

In a better world, media content would bought by the story - not by the item. If you bought a physical book off Amazon.com you would also have instant access to the Kindle digital version of that same book. If you bought a DVD or Blu-Ray movie, you’d have instant access to a version of that movie in the cloud. Unfortunately the standard is, “if you want it like that, you gotta pay for that version of it”. Even the “DVD with Digital Copy” thing they tried doing (still are doing?) is usually bogged down to one service or a limited number of devices. When the zombie Apocalypse happens and I’m one of the only people left to reclaim the earth, I will see to it this system gets implemented. Then all will be right.

Closing notes: The new Spiderman movie was better than the first Spiderman movie (if not for the main actor alone)… and I am well on my way to accomplishing some of my fitness goals. Huzzah! 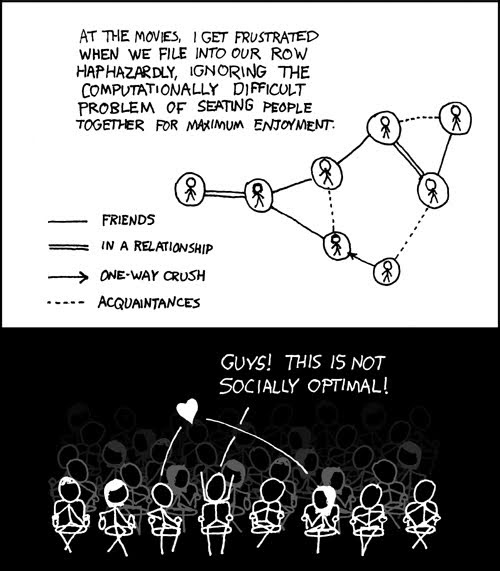 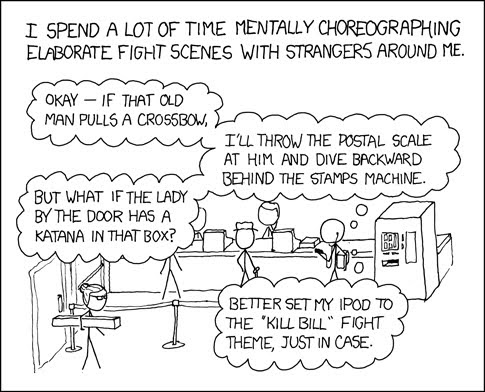 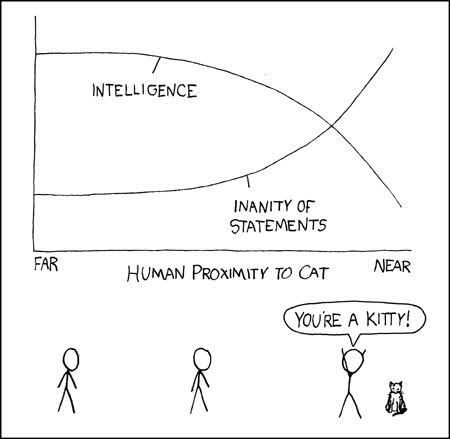 “Now and then I announce ‘I know you’re listening’ to empty rooms. If I’m wrong, no one knows. And if I’m right, maybe I just freaked the hell out of some secret organization.” Randall Munroe, in this XKCD