Motto: The World's Most Versatile Column
Today's post is a feature on GoPro - both the camera and the company. I'll cover both as objectively as possible and then I'll weigh in my opinions near the end of this post. First off, for those of you who don't know what a GoPro is: it's a camera. It looks like this: 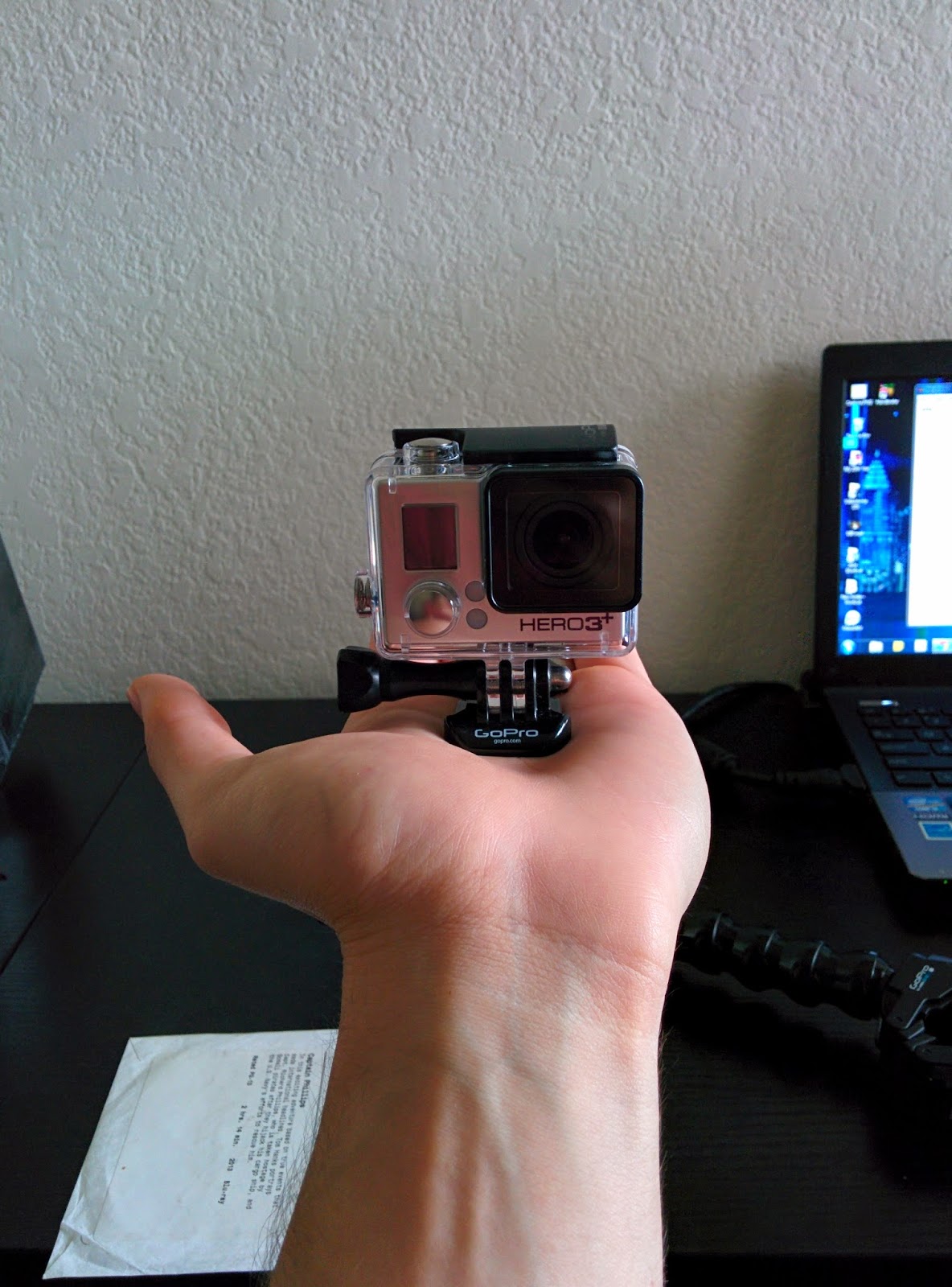 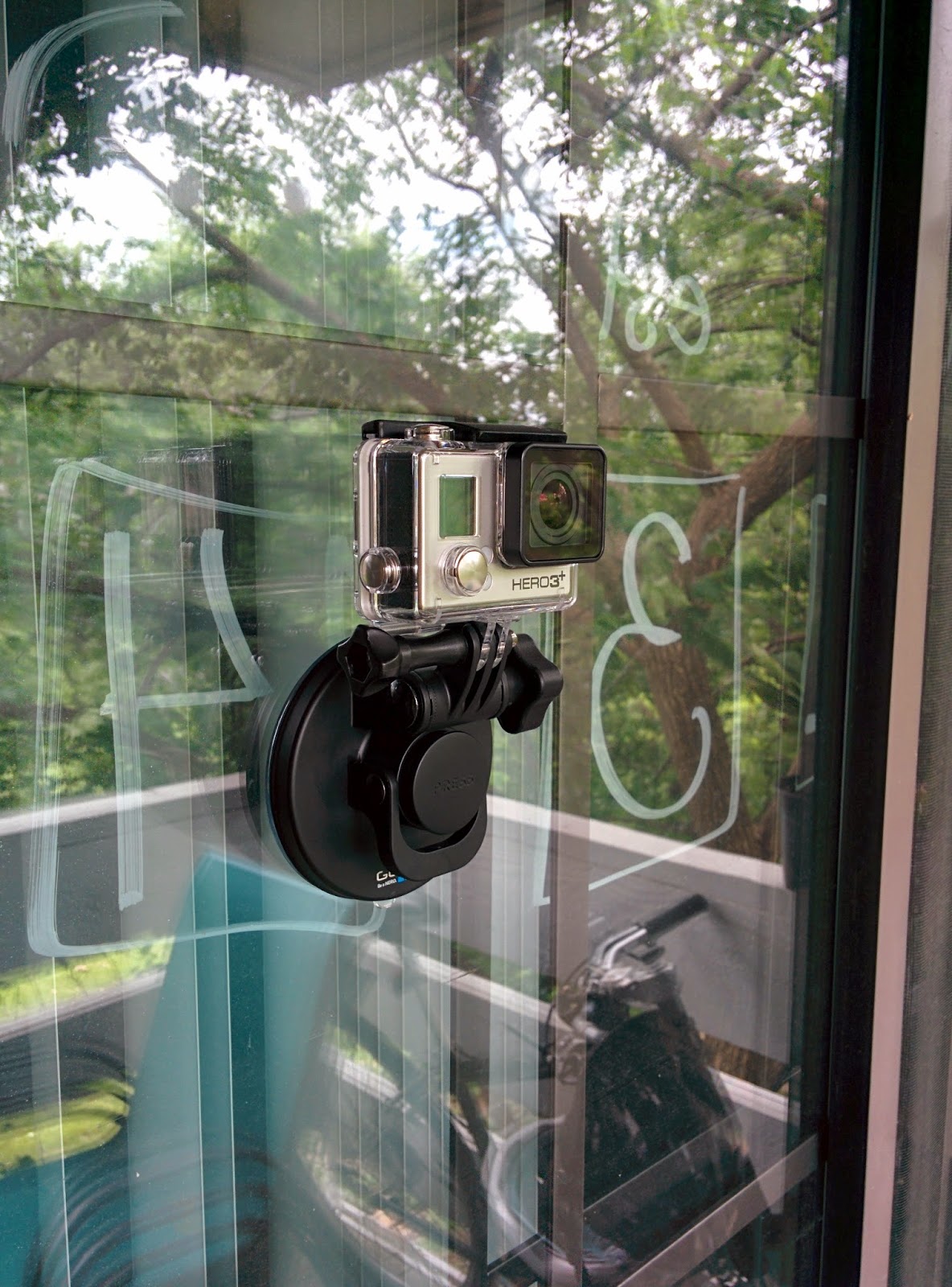 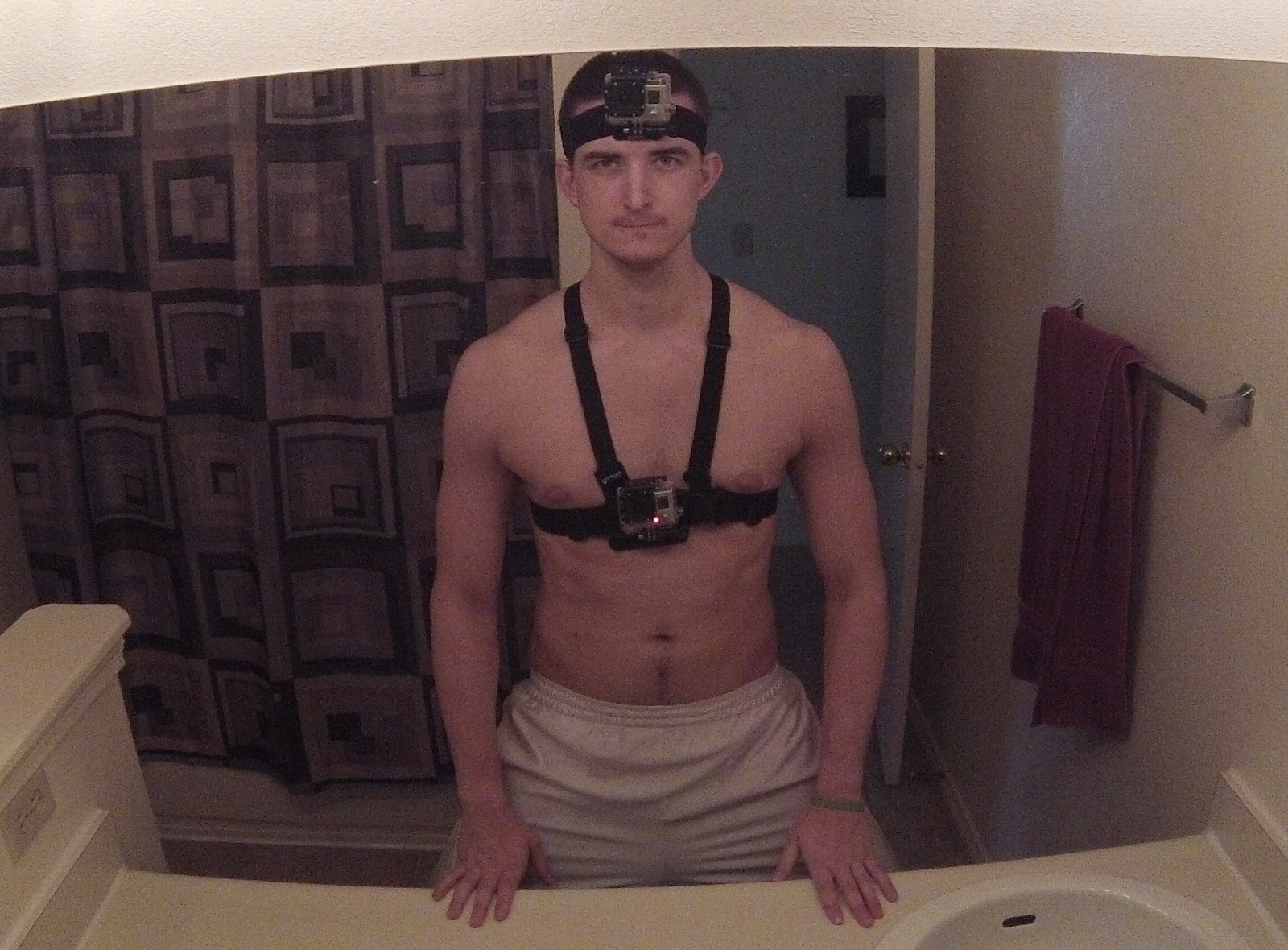 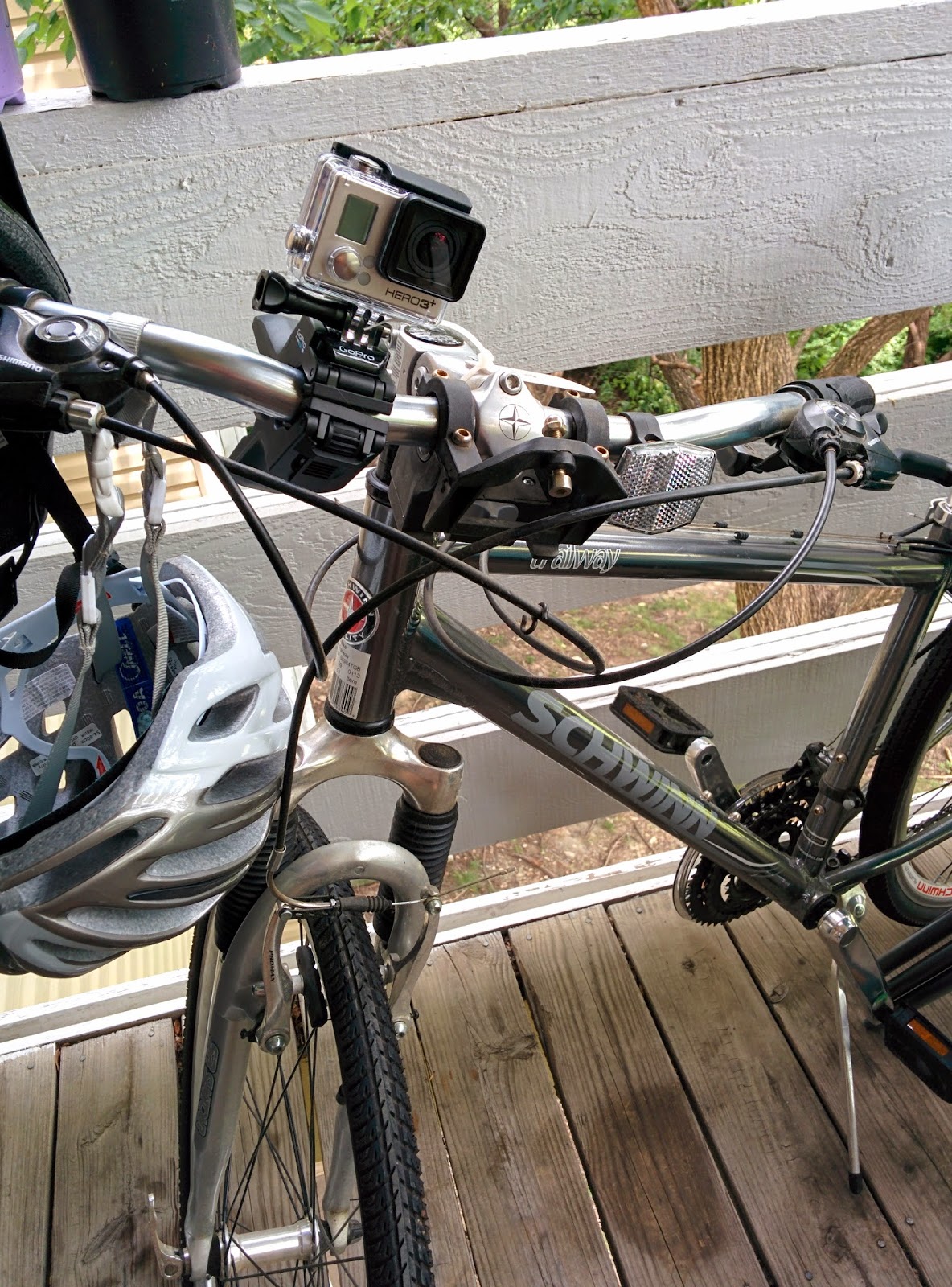 You get the picture.

The GoPro camera is manufactured by the company "GoPro". They have white kiosks in most higher-end consumer electronics stores or specialty shops. 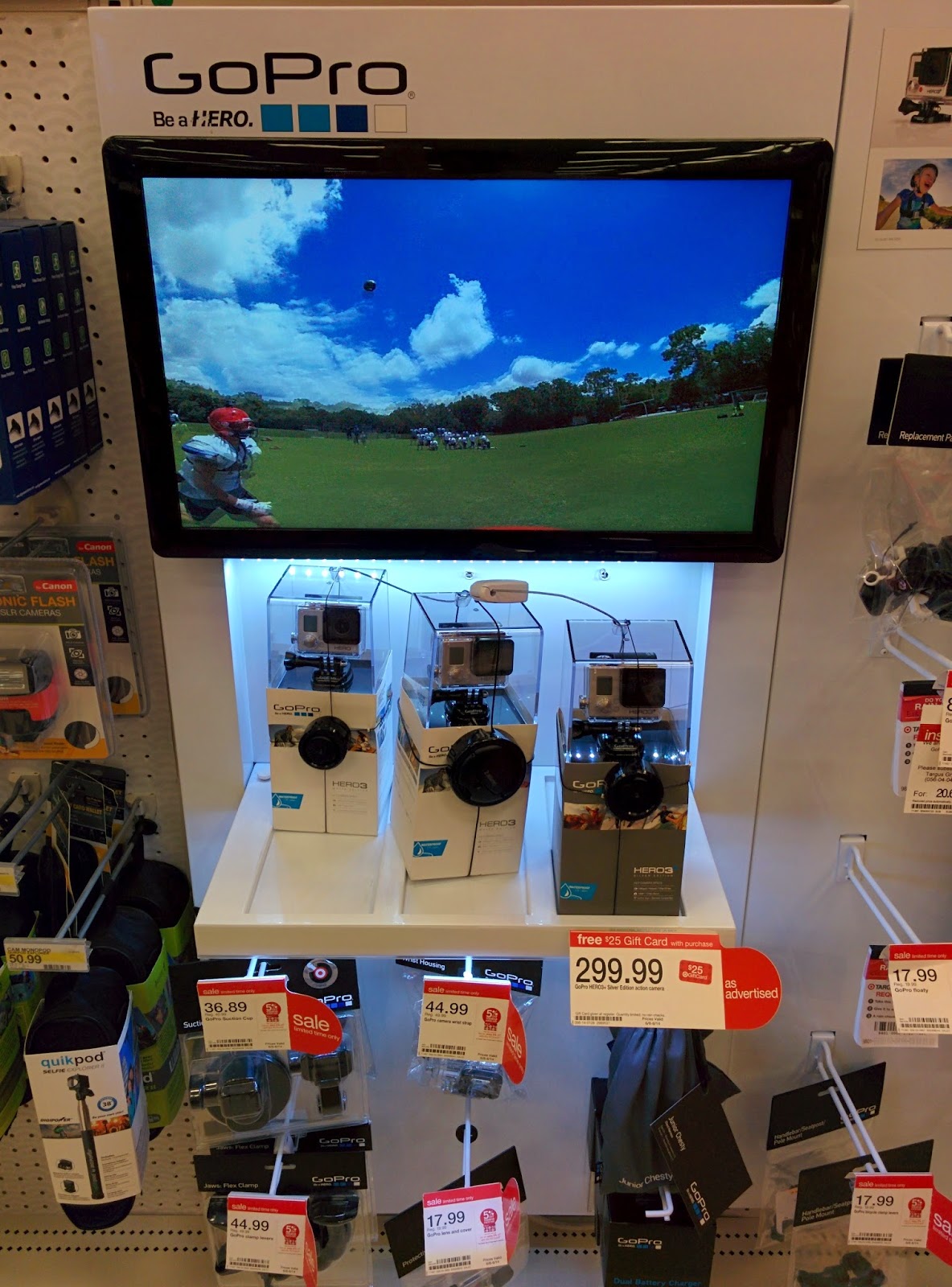 The kiosk usually has 6-9 cameras on display, a dozen or so accessories, and this video playing:

If not that exact video, some other very similar video. The GoPro promotional videos are beautiful. I've spent several hours of my life watching GoPro promotional videos on YouTube. They showcase not only the kind of "extreme" image that the company is working hard to promote, but also some less extreme videos that couldn't be done with a normal camera: These point-of-view type videos come from a category of cameras called "Action Cams". GoPro has tons of competition in this category - Sony, JVC, Garmin, Contour, Polaroid, and somebody called "Drift" all have multiple entries into the Action Cam market. The competition is no competition though. GoPro is THE brand name in action cameras. The competition is no competition. What Red Bull is to energy drinks, GoPro is to action cameras. I bring up Red Bull for a reason - GoPro and Red Bull have a very synergistic relationship. Their products are not competition for one another, yet they have a ton in common. They have established themselves as the premium brand in their respective market. They go after the same consumer demographic. They go after them HARD. They promote adventure and the "extreme" lifestyle. They even use the same (or similar) blue accent color. 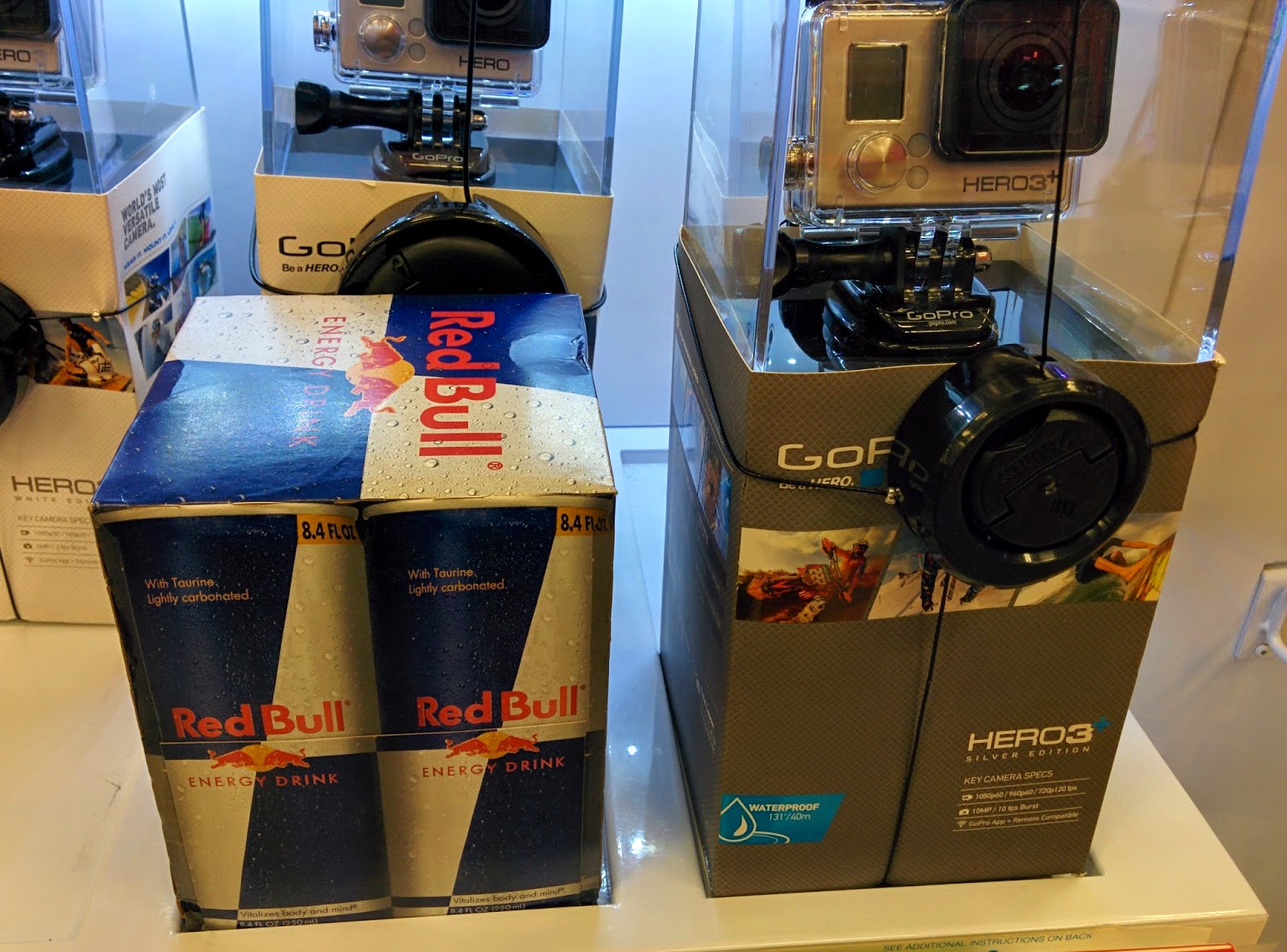 You can't tell me that there's not a similarity there. They are almost the exact same width and depth even. The Red Bull fits perfectly in the GoPro slot. Red Bull and GoPro have collaborate often: Red Bull Flougtag Red Bull Signature Series - a television program coming to NBC focusing on various extreme sporting events put on by Red Bull Felix Baumgartner's record breaking jump from outer spaceOh, and my zipline experience in Haiti: 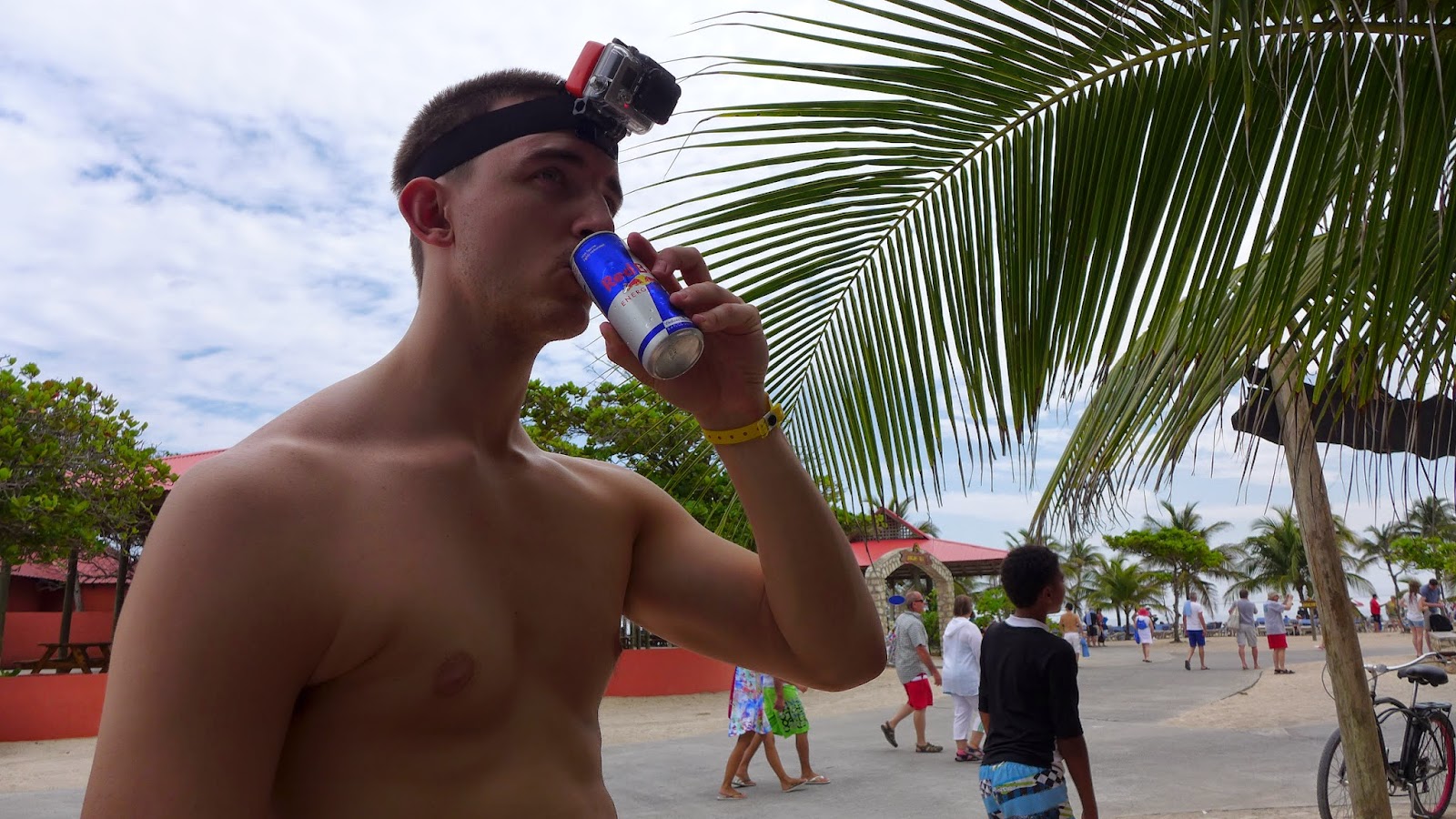 Here's an ad for Red Bull:

Not only was ~1/2 of that ad made using GoPros, you can literally see one 24 seconds into the video... and the two snowboarders who hug at the end of the video have GoPro mounts on their helmets. Even if none of that were true, how similar is that ad to the GoPro ad I linked to above?
The GoPro/Red Bull relationship could literally be a Column of its own, but I'll just stop right here. GoPro is literally Going Professional here soon. They are having their initial public offering (they are transitioning from a privately owned company to a publicly traded company, you'll often see this abbreviated to "IPO"). Early reports say they will be positioning themselves as a 3 billion dollar brand. It's too early to tell exactly how that will effect everything, but it's worth mentioning. Speculation on the part of some journalists tells me that GoPro is positioning itself as a media company moreso than a camera company. GoPro's entire product catalog can be broken down into 3 sections: Cameras, Accessories, and Software. They give the software away for free - so you could really just say GoPro makes cameras and accessories. This is their entire camera lineup you can buy from their website:
Cameras:
Everything else is just mounts and accessories. They keep it simple.
So, that's all of the objective talk I wanted to get out before I moved onto my actual thoughts and feelings towards this subject.
My actual thoughts and feelings towards this subject:
I love my GoPros. 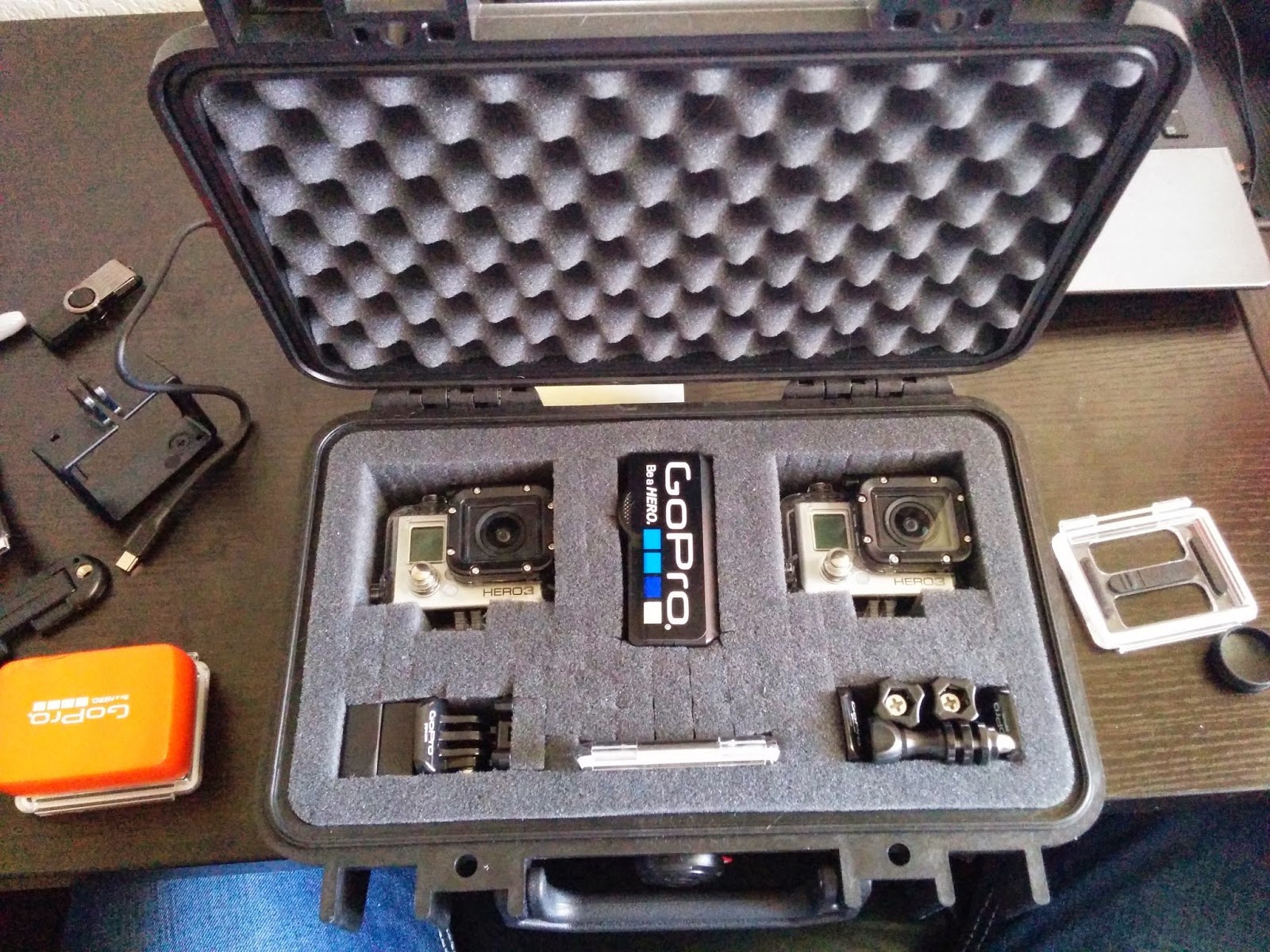 That photo is actually old. It shows two Hero 3 Silver edition cameras and I recently upgraded one of them to a Hero 3+ Black Edition.

I bought my first GoPro immediately after my trip to Thailand last year. I had been toying around with the idea of buying one for a while, but I couldn't even justify the $200-$400 purchase price. After all, I DO have a phone that takes good video and an actual point-and-shoot videocamera that takes great video. There was a moment in Thailand, though, while Melissa and I were snorkeling. She swam down to get a good look at a clownfish, and there I was. Seeing my beautiful fiance of one day eye-to-eye with Nemo amongst the coral with beautiful lighting... it was at that moment that I realized I would have gladly paid the money - just to have a camera for that one picture.

I told myself I'd never miss out on another opportunity like that, and bought a GoPro within two weeks of returning home.

My wedding was filmed with several GoPros, one of which was positioned in a great and unique spot: That's a still from the video.

After the wedding, we brought along a couple of GoPros for the cruise/honeymoon/vacation. During our trip I realized that taking a picture with a GoPro is an entirely different experience than taking one with a regular camera. With a regular camera, you stop looking at what you are taking a picture of to look at your camera's screen to frame the shot. You put a window between you and what you are there to experience. GoPro cameras have no screen. There's nothing to get between you and the experience. But how do you make sure you are getting the thing you are looking at in the picture? GoPros have a wide-angle lens. Even if you do a bad job of aiming the camera, it's going to be in the picture. GoPros have no zoom. They don't do anything other than give you a vivid recreation of what you saw when you were taking your picture... and that's a really nice feature for a vacation camera.

Upon my return from the honeymoon, I decided to sell my older GoPro and use the funds to bankroll the upgrade to the new digs.

I love the GoPro culture. Not the "this is so extreme!" nature, but the whole thing. People take this small, simple camera and create some of the most awesome and unique videos. For example:

I fully recommend everyone who is even the slightest bit interested in getting a GoPro - do it. Do it and you will absolutely be glad you did. The first time you get something amazing on footage that you wouldn't have otherwise, you'll be glad. Heck, it might even make you go do more fun stuff, just so you have the footage (see picture #1 from the Top 5).

Top 5: Favorite Uses I've had Thus far for My GoPro
5. Filming a game of disc golf with Jonboy:

4. Filming some basketball with Sir Nick:

3. Taking this group of pictures from my last post:

1. Capturing my descent down the longest over-water zipline in the world: 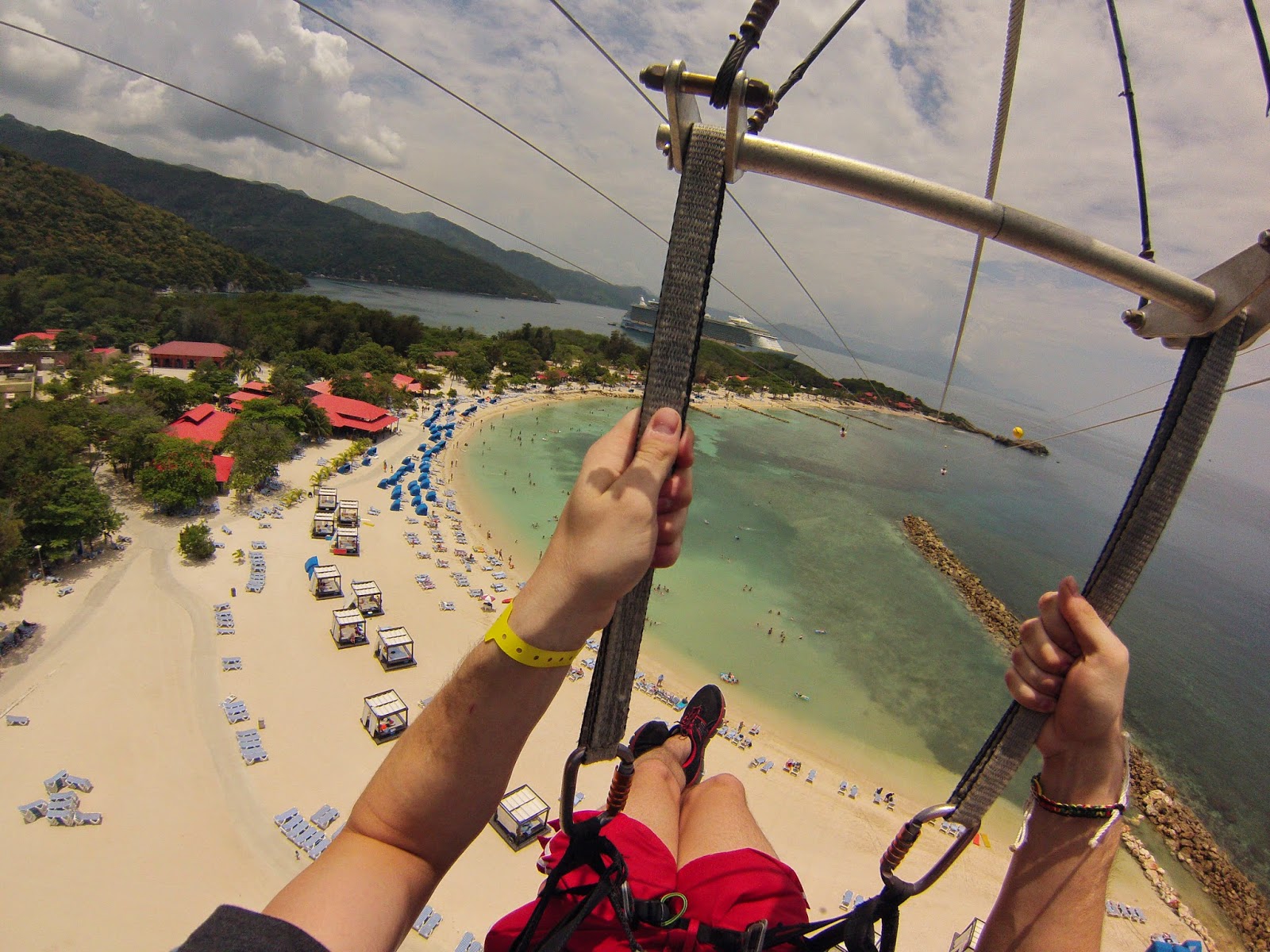 Quote: “Oh! That thing is a camera”- Several strangers have said this to me at various points -