I've been married for nearly a month. So, I'm an expert, yes?
You know what the weirdest part about being married for me has been? Not calling Melissa my "wife", not saying that we are a "family", not having in-laws, not living together, not any of that stuff.

Wearing a ring has been the weirdest part about being married for me.

I've known Melissa and I were going to spend our lives together for well over a year now. With that knowledge came the knowledge that we'd be functioning as a family unit. I've gotten to know her family really well over the past almost 5 years. I like them. I've liked them for a long time. I'm way more comfortable around her brothers than I would be around other kids their age. Same goes for her sister... and parents. They are good people and I've felt accepted by them for some time now. Living together doesn't feel that new. We've lived in the same building basically since we met. We were Resident Assistants in the same dormitory for 2 years. When we did move out of the same building, we were ~100 yards from each other.

I don't want to come across as pessimistic or in anyway unromantic about the huge, grand, gigantic, gynormous life step Melissa and I just took together. I write about the ring because that's so much easier to put into words and I'm just incredibly lazy.

As a matter of fact, it would be easier just to show you the thing than to keep talking about it. 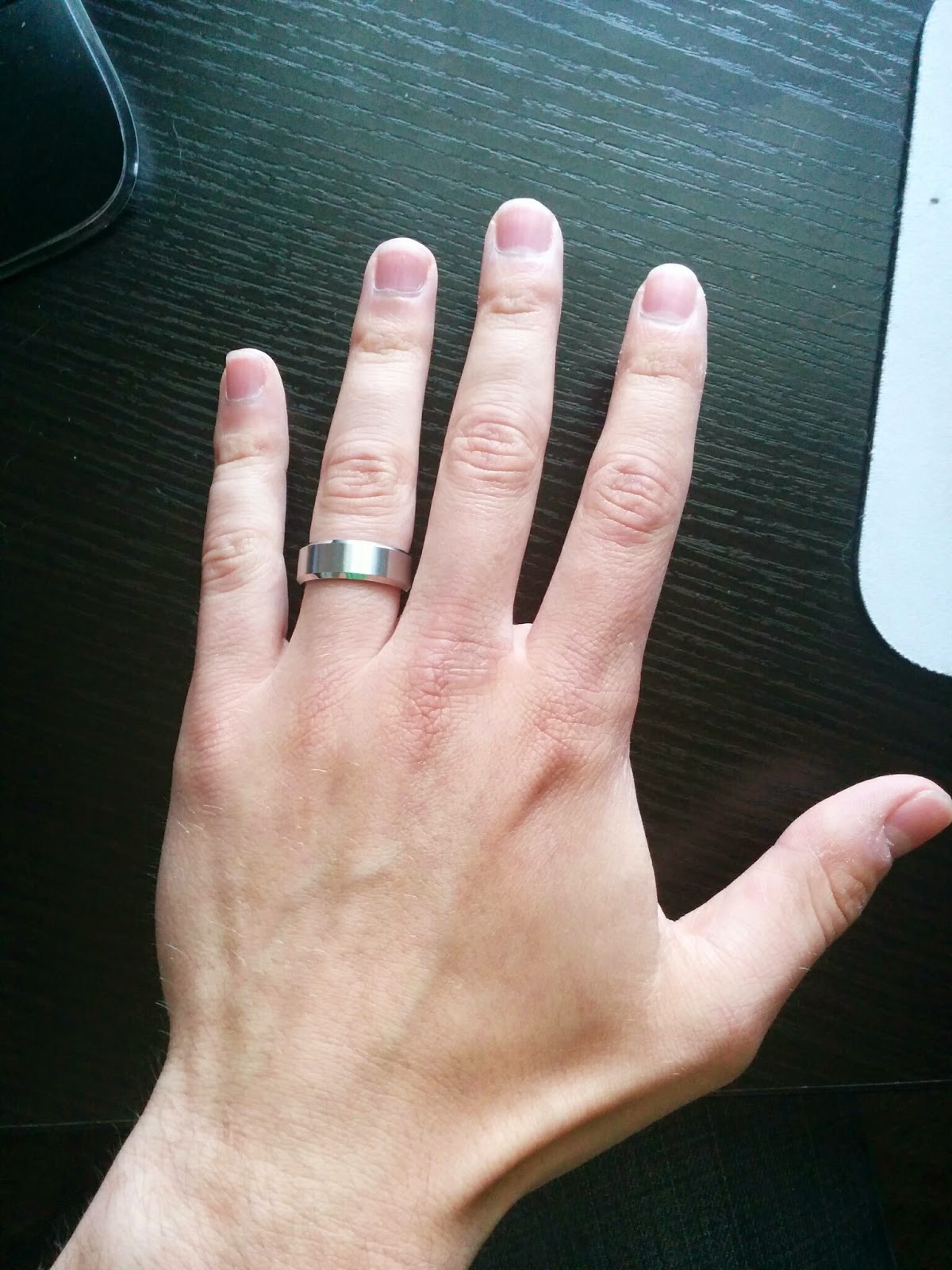 That means eyes off, ladies.

Top 5: Things You Can Use a Ring for (Other than Indicator of Marital Status)
5. A coin toss, my ring has writing on the inside... "writing up is heads, call it in the air"4. An object to use for the "guess which hand" game3. Spin it on a tabletop to amuse yourself an annoy everyone around you!2. Control the other 9 Rings of Power, dominate the wills of their user to control the lands - also, turn invisible, stop aging, and turn into a monster1. Really bad and expensive paperweight
Quote: “"You're gonna f*** around and use the ring for something other than its intended purpose and lose that s***. Then your wife will really be pissed.”- Random Redditor, related to my top 5 -