Motto: Have You Ever Had a Perfect Day?
I had a perfect day. It happened about 3 weeks ago.
Melissa and I were married on Saturday the 3rd of May in Lawrence, KS. It was an outdoor ceremony just up the hill from Potter Lake on the University of Kansas. The weather cooperated with the ceremony. It was mostly sunny, in the low 80’s, and not terribly windy. All the best people I've ever met were in attendance. The best person I've ever met was standing right next to me, and that’s what mattered most. The whole ceremony was over in ~24 minutes. It went off (almost) without a hitch. There was one minor incident with a paper lantern that took some coaxing to get lit and flying… but that incident led to what has become an early favorite ceremony photo: 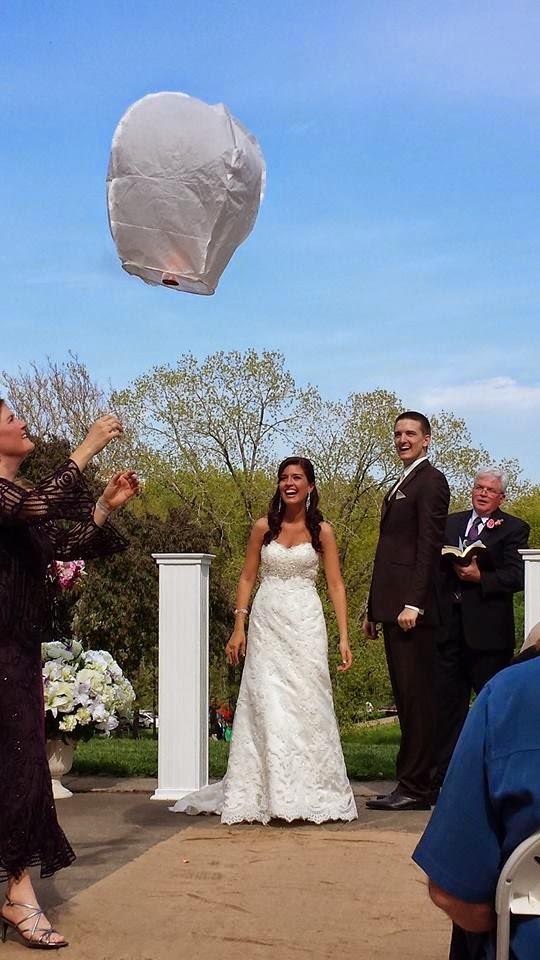 The party bus took longer than we anticipated, the driver didn't exactly take the most direct route available, but that didn't bother me. The hour we spent on that bus was one of the best hours of my life. I had the pleasure and honor of being on both of my sister’s party buses, and they were great each in their own way, but our bus was the most “us” it could have possibly been. The perfect combination of crazy and tame.
The reception was amazing.
They say "the best revenge is a life well lived", could the same be said of the best thank you? Is the best thank you appreciating the work that someone has done for you, taking advantage of that work to have the best time of your life? I hope so. I hope just knowing that I had the best day of my life is the best thank you anyone could ever get. If that's not the case, though, let me just say this:
Thank you to everyone.
The whole day went by so fast. It's a blur - just like I was warned. Luckily, I have some photos from the wedding (and the day before) to help jog my memory.

Here's an album of pictures taken by family & friends. If you have photos that we don't have, please send them to me somehow! This whole paragraph is a link because this is important.
I could keep writing about this, and some day I might pick up where I'm leaving off, but I need to post this. I've got my honeymoon post 2/3rds finished and the post following that completely finished and this one had to come out before them.

I'm working on a video from the day. That will come sometime in the future. 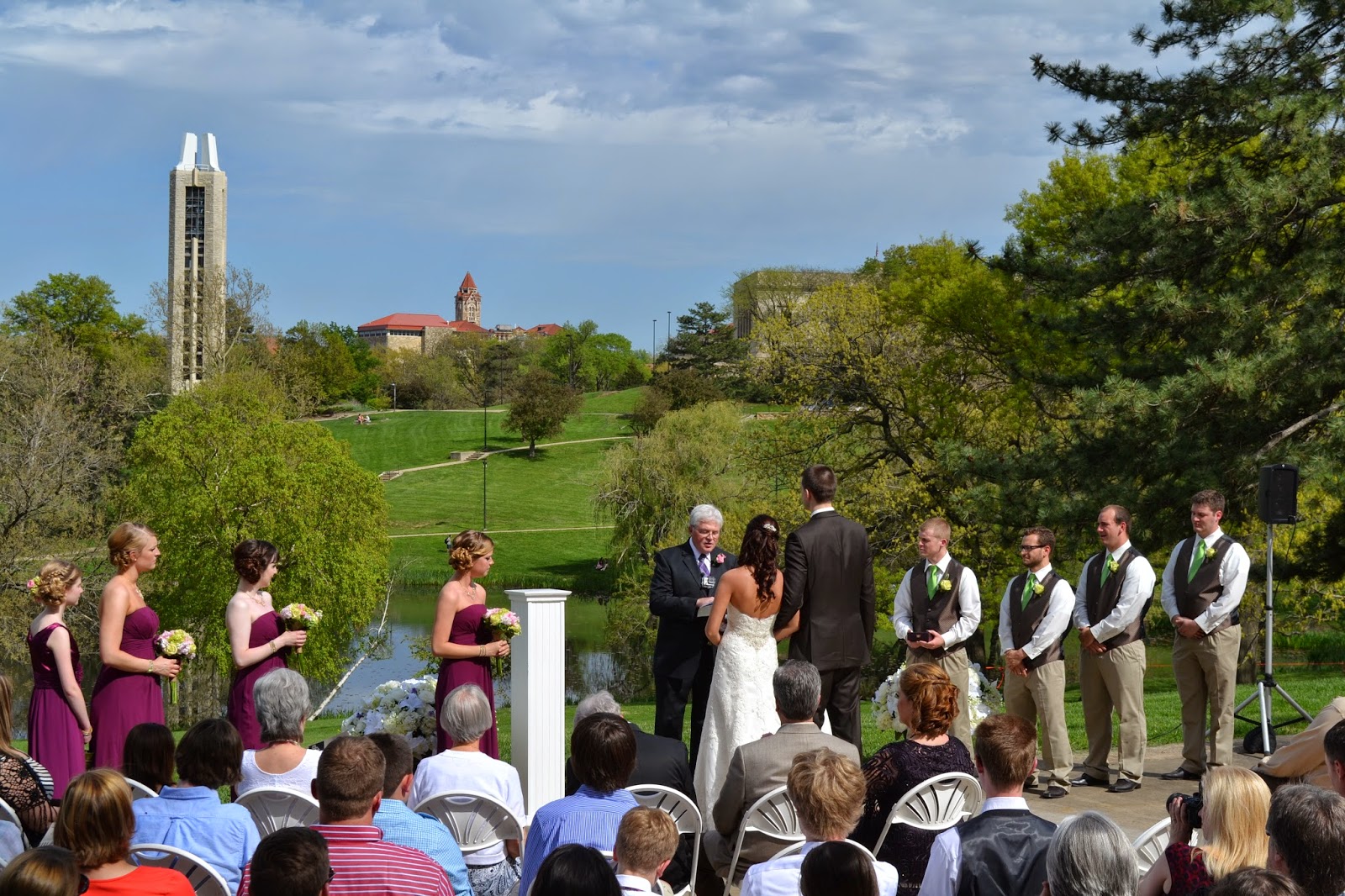 4. We have pictures of everyone dancing down the aisle - this one was just the best picture 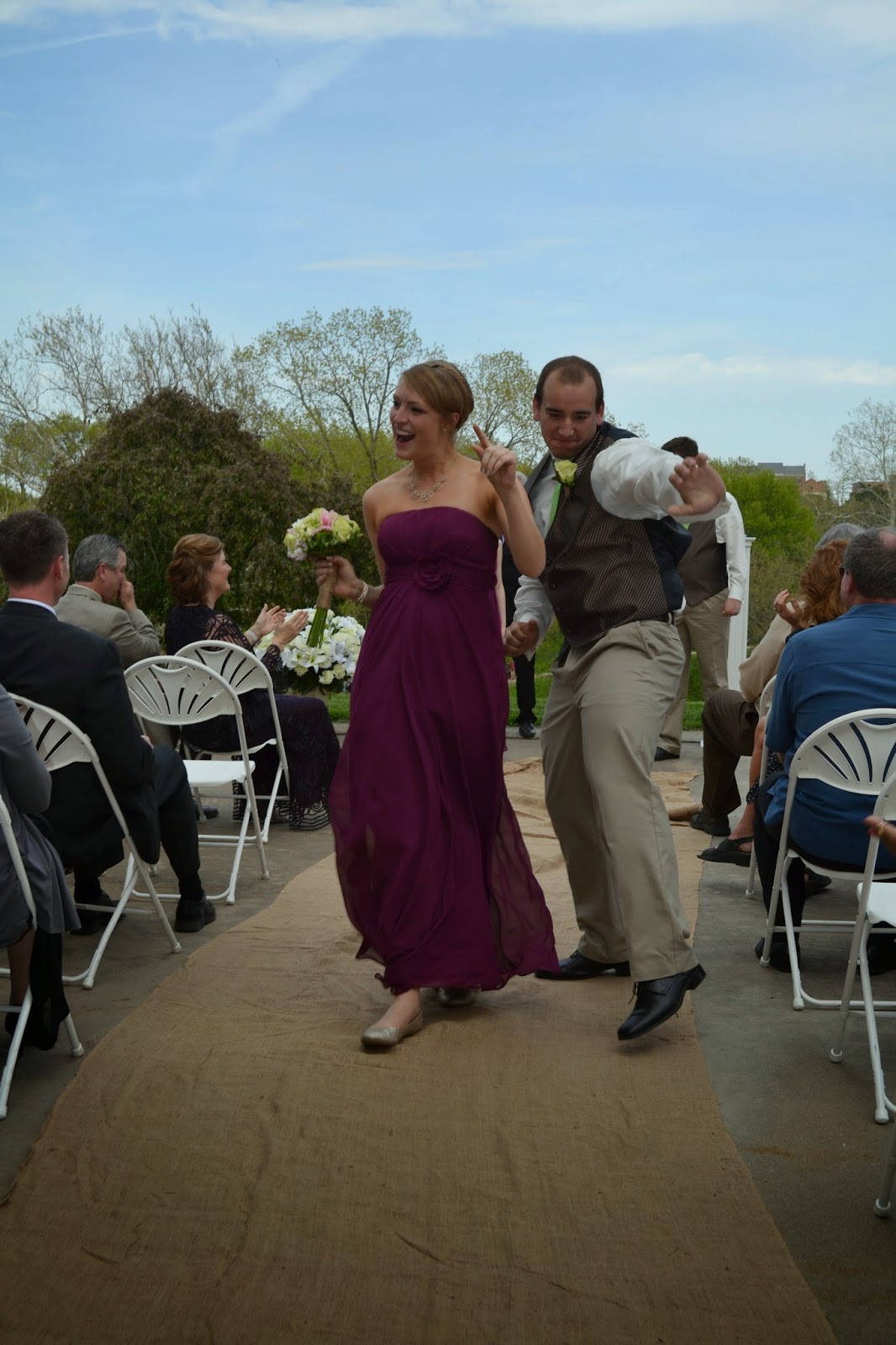 3. The Maid of Honor - a natural comedian 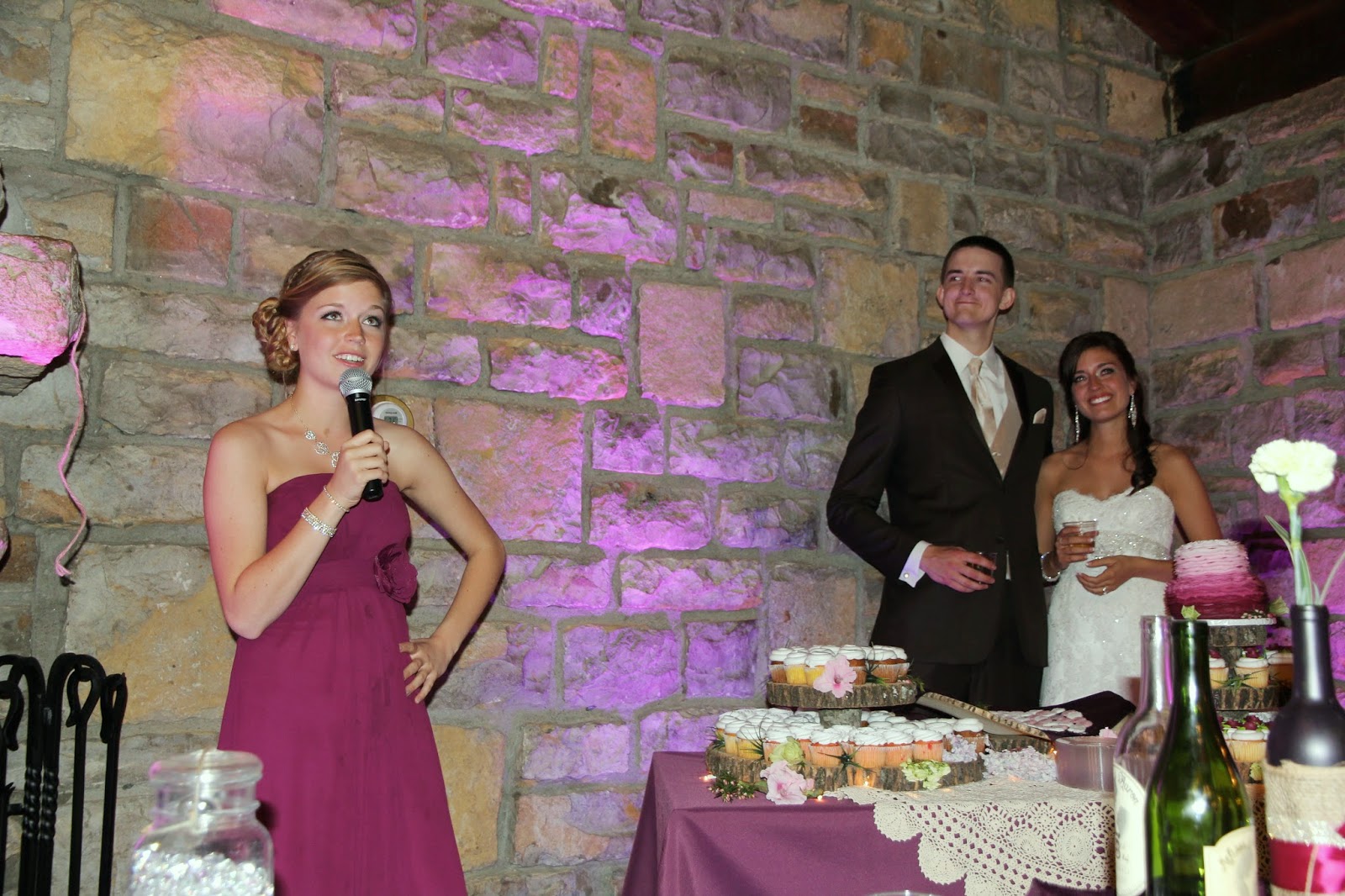 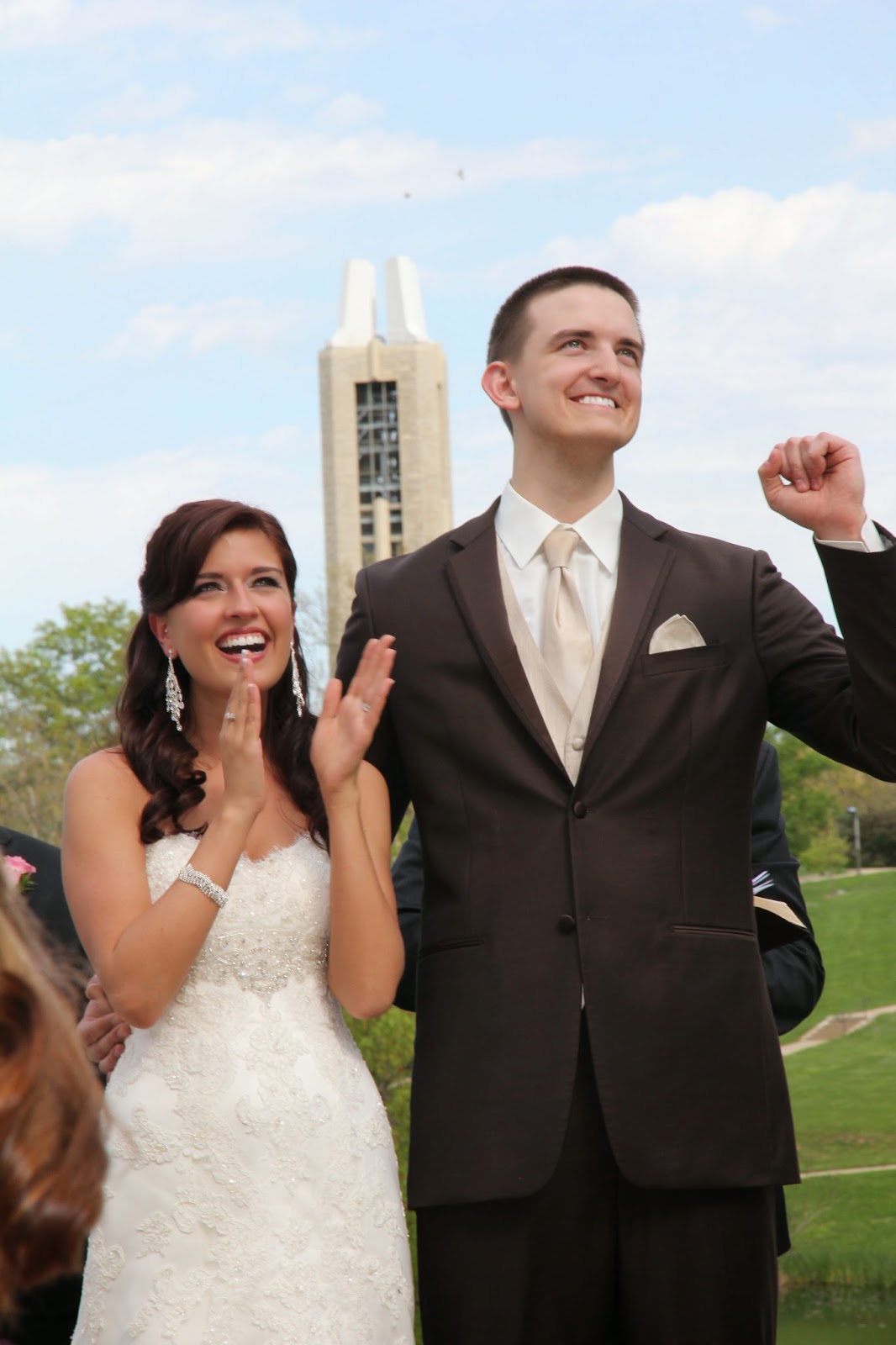