Motto: The Star-Spangled Man with a Plan

I don't know how exactly we watched the movie on the evening of the 3rd when it was scheduled to open on the 4th... but I don't care. I SAW IT. Now, before I go on - I want to give you this: FAIR WARNING: I AM WRITING THIS COLUMN ASSUMING THAT YOU HAVE ALREADY SEEN CAPTAIN AMERICA: THE WINTER SOLDIER. THIS POST WILL CONTAIN SPOILERS OUT THE WAZOO. So, don't read this if you haven't already seen Captain America. 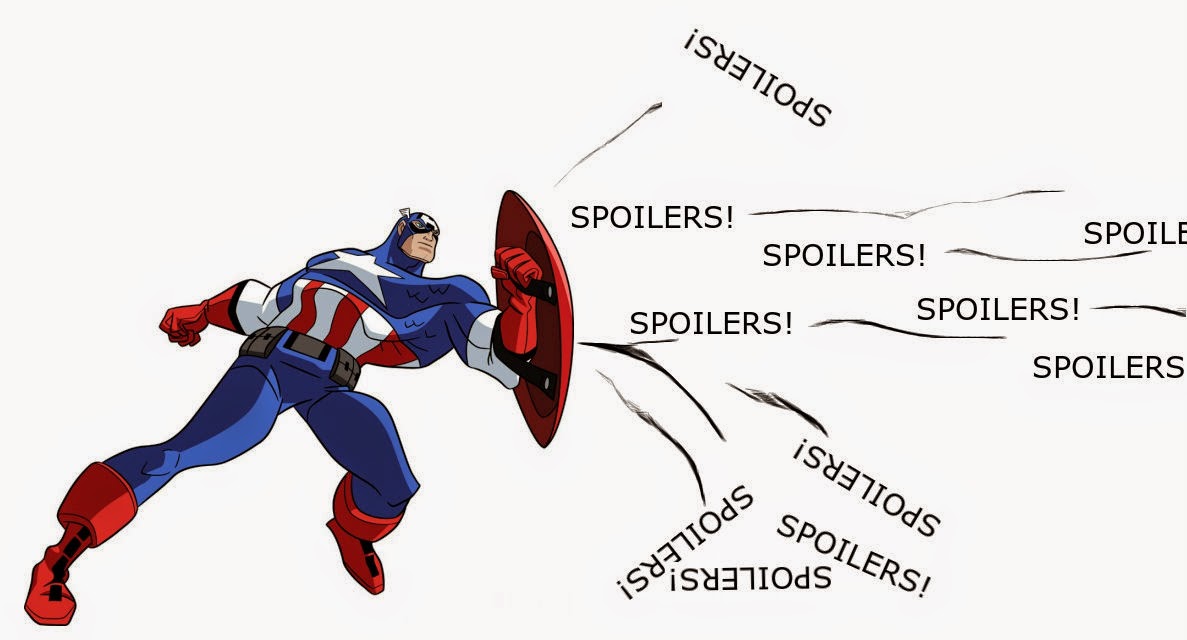 SECOND FAIR WARNING: I AM WRITING A POST ABOUT A COMIC BOOK MOVIE ABOUT A 95 YEAR OLD MAN WHO THROWS A SHIELD AROUND LIKE A BOOMERANG WHILE WEARING THE LEATHER EQUIVALENT OF A UNITED STATES FLAG UNITARD. So, you might not care to read this if you are a souless scrooge & probably a operative of HYDRA. If either of those are the case, watch this and tell me it's not the greatest thing ever: I accept your apology. On to my actual feelings about the movie: IT WAS GOOD. IT WAS GREAT. IT WAS GRAND. IT WAS WONDERFUL. And I'm not being sarcastic. The Winter Solider isn't a "superhero movie". Marvel doesn't make movies in just the superhero genre. They make superhero movies in whatever genre makes sense to the story. The Incredible Hulk was a monster movie. The first Thor movie was a fantasy. Captain America one was a period piece, a war movie. The Winter Soldier is no different. It's a spy movie/political thriller... one that involves superheroes. That's the best kind of one. It ties into many topical themes/hot button issues: drone warfare, ubiquitous surveillance, preemptive strikes, a centralized superpower to police the world. All of those are huge in the movie and very present-day. Beneath that, though, the movie ties into several deeper, human themes: trust, righteousness, ethics, morality, authority. That's what the story is really about, and that's timeless. Oh, and on top of all of those things: a guy with a metal arm slapping people around and tearing apart cars. Captain America: The Winter Soldier is possibly misnamed. The main villain of the movie is not the Winter Soldier. The man they call The Winter Soldier is really more like a weapon that the actual bad guy uses. The name sets up a mostly false expectation. I'm not going to say it's a bad name, though. I think that Bucky Barnes' character is going to be big, and this movie will be known for his introduction just as much as it will be known for the disassembly of S.H.I.E.L.D. and, to an extent, HYDRA. In the long run, it was a good name choice. Also, naming it "Captain America: S.H.I.E.L.D. is No Longer" would probably have spoiled the movie for everyone.
I'm going to make an aside right here. Let me talk about spoilers for a couple of seconds:
I'm tired of spoilers. I was on Reddit reading about the TV show "Agents of S.H.I.E.L.D." and some rouge commenter said "Quiksilver and the Scarlet Witch are in the post-credits scene of Captain America". I read it, and before I comprehended what it was, I was spoilerized. You can't un-read something. I was much less excited to see the two future Avengers on screen than I would have been if I hadn't known it was coming.
Movie previews are giving away too much of the story. The preview I posted above shows an injured Nick Fury telling Cap that he's in charge. When I watched the movie, Nick Fury was injured. I thought "oh, this must be why he was hurt in the trailer". Then, when he "died", I thought "well he's obviously not dead, he hasn't told Captain America he's in charge yet. I would have enjoyed the movie better if I'd never seen the trailer.
The Amazing Spiderman 2 is the worst example of spoilers in the trailer that I've ever seen. There's 65 different trailers, all showing different parts of the movie. I sincerely hope that they've done some master craftmanship and that the trailers haven't given away the entire movie, but I feel like that's kind of a long shot at this point. I could recut their 66 different trailers and put together the whole movie.
(They made a new trailer while I was writing that paragraph. That's why the number went up.)
Anyway, back to the topic at hand: The Winter Soldier was a fantastic movie.
How does TWS affect the larger Marvel Cinematic Universe?
When I write about things that I'm really excited about I tend to go on forever. So I'll just summarize my feelings about TWS in one picture and call it the picture to go out on: 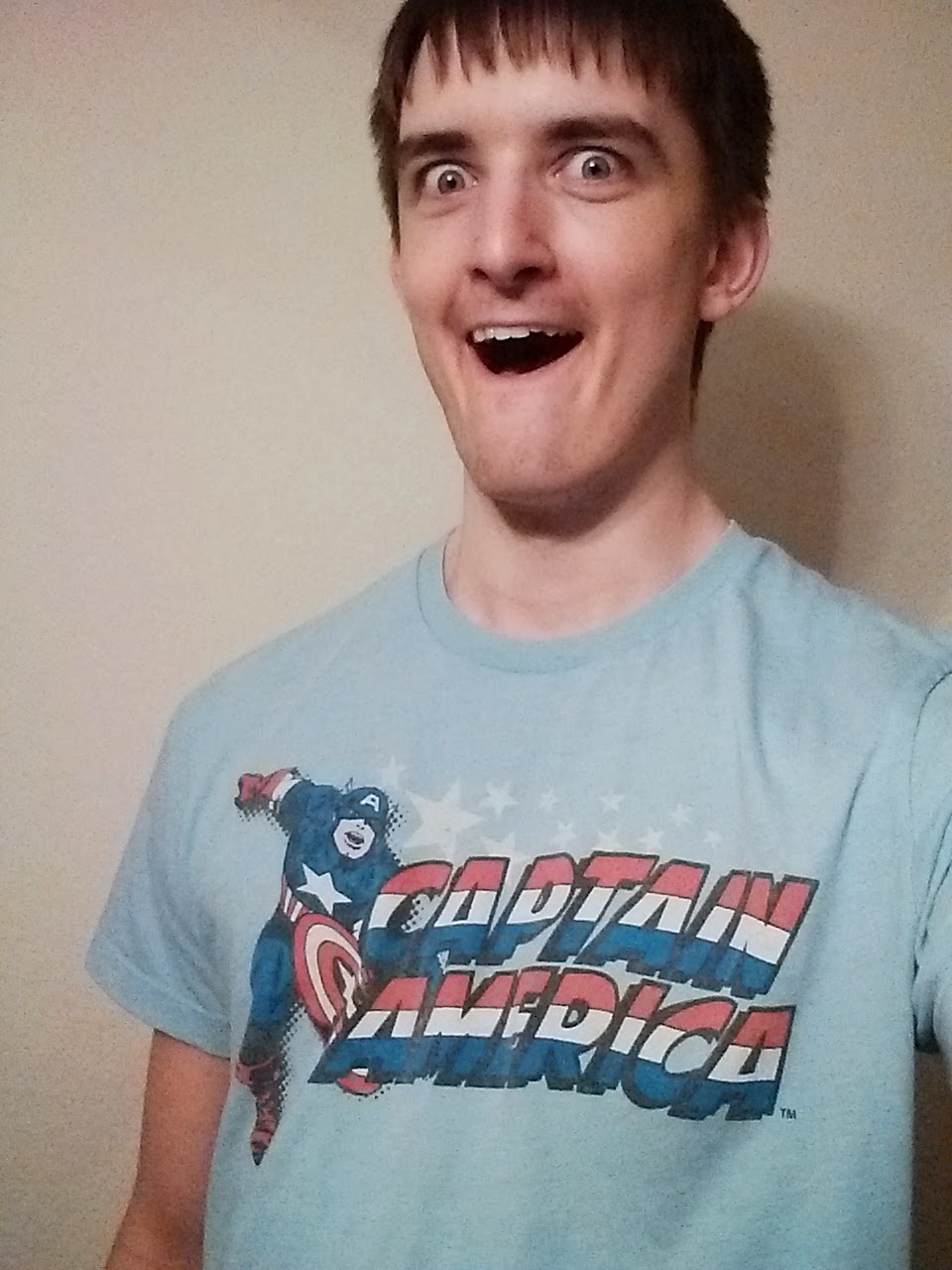